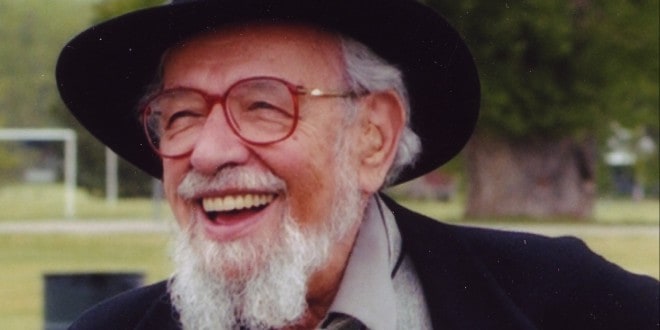 CU Joins the Reb Zalman Legacy Project of the Yesod Foundation in the Preservation and Development of the Zalman M. Schachter-Shalomi Collection

The Program in Jewish Studies at the University of Colorado at Boulder together with the CU Libraries and the Library Archives is excited to announce that the personal papers and audio-visual materials of Rabbi Zalman Schachter-Shalomi, founder of the Jewish Renewal movement, have become part of the CU-Boulder Library Archives. Until recently, these materials were in the care of Naropa University which was working cooperatively with the Reb Zalman Legacy Project of the Yesod Foundation, whose mission is to preserve, develop and disseminate the writings and teachings of Rabbi Zalman Schachter-Shalomi. The CU Library Archives and CU’s Program in Jewish Studies look forward to being a part of this important project in providing broad access to this one-of-a-kind archive to students and researchers throughout the world.

Being housed at a major public university like CU not only signifies the importance of the collection but more importantly serves as the means of providing broad access to these materials to students and researchers,” says Netanel Miles-Yepez, director of The Reb Zalman Legacy Project.

Rabbi Zalman Schachter-Shalomi, better known as Reb Zalman, was born in Zholkiew, Poland, in 1924 and raised largely in Vienna. His family was forced to flee Nazi oppression in 1938. After almost three years on the run, the family finally landed in New York City, settling in Brooklyn, where young Zalman enrolled in the yeshiva of the Lubavitcher Hasidim. He was ordained by Lubavitch in 1947 and later received his Master of Arts degree in the Psychology of Religion in 1956 from Boston University and a Doctor of Hebrew Letters degree from Hebrew Union College in 1968.

Reb Zalman is considered the father of the Jewish Renewal movement, a recent movement in Judaism that works to reinvigorate modern Judaism with mystical teachings and contemplative practices influenced by Hasidism. This movement, which has its origins in his B’nai Or (Children of Light) groups of the mid-1960s, is now officially represented by ALEPH: Alliance for Jewish Renewal in Philadelphia.

He taught at the University of Manitoba, Canada, from 1956 to 1975 and was Professor of Jewish Mysticism and Psychology of Religion at Temple University until his early retirement in 1987, when he was named professor emeritus. In 1995, he accepted the World Wisdom Chair at Naropa University in Boulder, Colorado, officially retiring from that post in 2004.

Throughout his long career, Reb Zalman has been an unending resource for the world’s religious communities. In addition to founding the Jewish Renewal movement, he has also been an important leader in the Spiritual Eldering movement, an active teacher of Hasidism and Jewish Mysticism, and a participant in inter-faith dialogues throughout the world. He has written extensively throughout his career. Some of his most noted publications include the widely influential introduction to Jewish spirituality, Jewish with Feeling: A Guide to Meaningful Jewish Practice (2005); the critically acclaimed book on Hasidic mysticism, A Heart Afire: Stories and Teachings of the Early Hasidic Masters (2009); and on Hasidic psychology, Spiritual Intimacy: A Study of Counseling in Hasidism (1990); and his profound book on spiritual eldering, From Age-ing to Sage-ing (1995). He is also well known for his ground-breaking dialogue with the Dalai Lama, documented in Rodger Kamenetz’ book, The Jew in the Lotus (1994). Reb Zalman currently lives in Boulder, Colorado with his wife Eve and continues to be active in mentoring his many students the world over.

The University of Colorado at Boulder Library Archives will work together with the Reb Zalman Legacy Project of the Yesod Foundation to continue to develop and archive the work and teachings of Reb Zalman. In addition to making the archives widely accessible, the Program in Jewish Studies and the Department of Religious Studies look forward to incorporating these materials into courses and curricula as well as eventually hiring a new faculty member connected to the history documented in the archive. “The acquisition of such an important archive makes the University of Colorado a world hub for the study of Jewish Renewal, specifically, and Jewish mysticism more generally. We are excited to be building the university’s resources with the archive of this important religious leader and thinker,” said David Shneer, associate professor of history and director of CUs Program in Jewish Studies.

On January 11 at 3:30 PM, CU’s Program in Jewish Studies, in conjunction with the Renewal movement’s rabbinic conference, Ohalah, will host a Scholars’ Roundtable and a celebration of Reb Zalman’s life and work and the donation of his archives to the University of Colorado. The roundtable will feature Reb Zalman in conversation with Professor Chava Weissler, who is completing a book on Renewal Judaism, and Rabbi Or Rose, a scholar and teacher who was raised in the Jewish Renewal movement. The event will be moderated by David Shneer and will take place on the CU campus in the Glenn Miller Ballroom located in the University Memorial Center. RSVP’s are requested as space is limited. Additional information can be found at www.colorado.edu/jewishstudies or by calling 303.492.7143.

To learn more about the Zalman M. Schachter-Shalomi Collection of the CU-Boulder Archives or how to support the continued work of processing the archives, please contact the Program in Jewish Studies at 303.492.7143.

Assistant Director of the Program in Jewish Studies at the University of Colorado at Boulder
Previous Guest D’var Torah: Parashat Shemot
Next Only 4 Days Left… 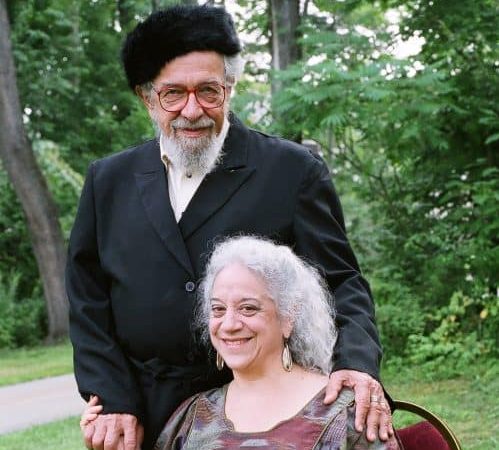 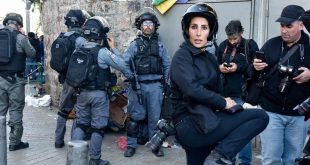