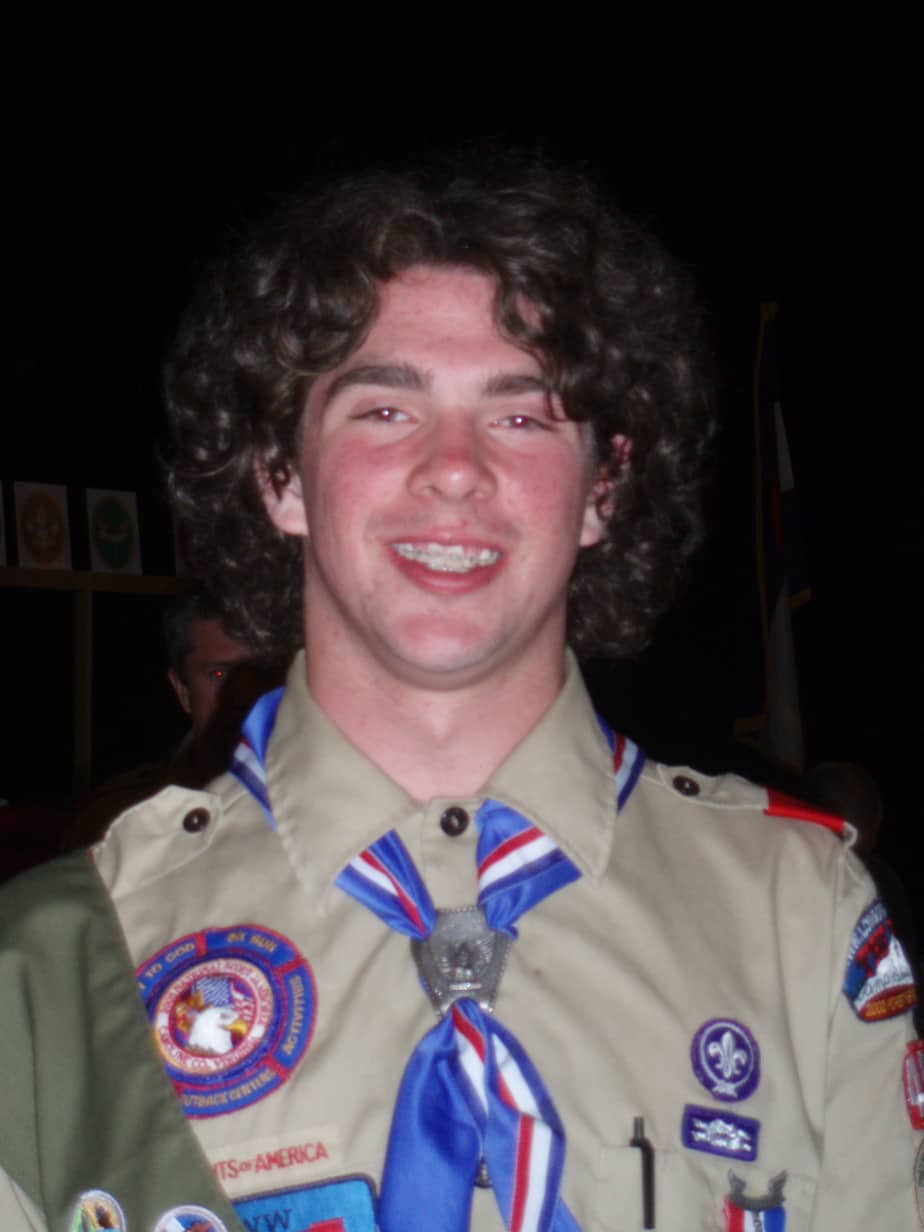 On Thursday night, local teen Jeremy Jackson of Troop 49 advanced to Eagle Scout at a special Eagle Scout Court of Honor held at Louisville Middle School. Eagle Scout is the highest honor in the Boy Scouts and is earned by only about 5% of scouts.

It was an extraordinary evening for this accomplished young man and his family, friends and fellow scouts. Rabbi Deborah Bronstein opened the evening with remarks and a blessing for Jeremy.  His involvement not only in scouts but as a youth leader and assistant teacher at Congregation Har HaShem, as an athlete and academic and his many service projects were highlighted. For his Eagle Scout service project, Jeremy led the construction of three split-rail fence systems and the installation of a sign along the trails at Kneebone Open Space in Lafayette. Jeremy also attained the Order of the Arrow (an elected Scout honor society).

Jeremy’s many accomplishments include (this is only a partial list!):

Jeremy graduates this weekend from Centaurus High School and will be attending Embry-Riddle Aeronautical University (Prescott, Arizona) in the fall.  Congratulations!

I am living happily ever after in Boulder with David, proud mom of Lauren and Ethan, guardian of Cookie and Finnegan, blessed with family and friends and a great community.
@cheryl303
Previous Meet Boulder’s JCC Maccabi Games Athletes
Next Week in Review: May 21st, 2010