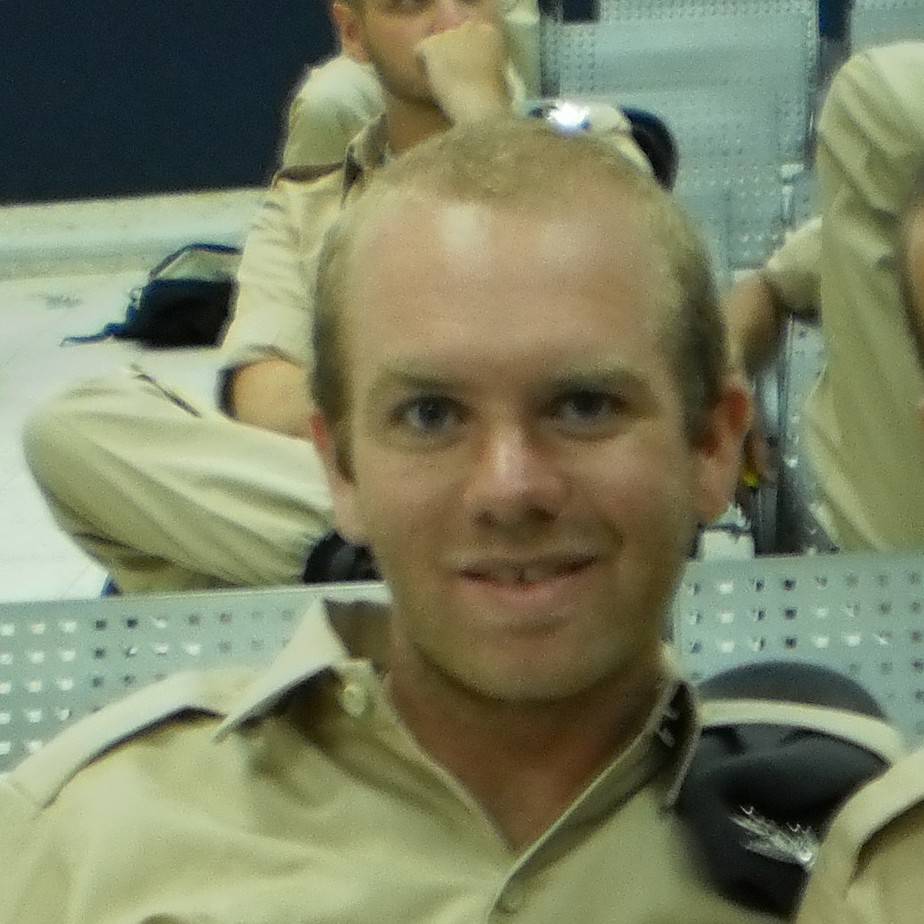 From Jeremy to Tzvi and Boulder to Israel

The Boulder Jewish News is pleased to introduce a new blog link to our readers, written by a CU student we knew as Jeremy Darling.  Now known as Tzvi, he made Aliyah in the summer of 2009, and has joined the IDF as a Lone Soldier.  We are linking to Tzvi’s Israel Blog (Army Chapter), his latest blog about his IDF experiences.  You can find the link in our blue footer (scroll down!) in the “Outside the Bubble” collection (second column of links).

Here is a bit of Tzvi’s story, in his own words:

I’m Tzvi Darling, previously known as Jeremy Darling. I made Aliyah from the United States in August 2009 with Nefesh B’Nefesh. I grew up in Steamboat Springs, Colorado. When I was fourteen I decided to leave my family and attend high school at the New Mexico Military Institute (NMMI). I enjoyed my time at NMMI and moved throughout the ranks. I was very close to joining the US Army after, but I finally decided to attend college at the University of Colorado in Boulder (CU). I started out studying International Relations but switched to Theater and Jewish Studies. I made the decision to make Aliyah after my third year at CU. I had been to Israel four times before (Birthright, JNF, Chabad) and had finally made the decision to do Aliyah and join the Israel Defense Forces (IDF).

I started my life in Israel on Kibbutz Ramat Yochanan to learn Hebrew in Ulpan and get ready for my life in the IDF. I am known as a Chyal Boded (Lone Soldier), which gives me many benefits in the Army because I have no family in Israel. Kibbutz Shfeyim has adopted me as a lone soldier and I will live there for the rest of my service. I have a very nice room with everything I need. My adopted family is that of my Israeli friend, Idan, from Summer Camp.

I did not grow up Jewish and did not know I was really Jewish until I was fifteen in High School. I first became involved in Jewish activities (Shabbat Dinner, Jewish Fraternity SAM, Hillel, Chabad) my first year of college. I really loved the community I was introduced into. My Jewish/Israel education started from my friends, Chabad Rabbi (Yisroel), Hillel Rabbi (Adam) and My Fraternity (Sigma Alpha Mu). I am so very grateful to Chabad Rabbi Yisroel Wilhelm and his family. He was the first person that gave me the opportunity to go to Israel on Mayanot Taglit-Birthright. I knew the first night I was in Israel that I wanted to make Israel my home and now this has come true. I also attended my first Jewish Summer camp, Camp Poyntelle Lewis Village, in 2007 and met many Israelis that are now my best friends. They also had a large influence on my Aliyah. To read all about my Aliyah experience take a look at my first blog Tzvi’s Aliyah Experience

Joining the IDF has been my focus as becoming Israeli. I want to be able to defend the Jewish People and make sure that there is no chance that any large atrocities will ever happen to the Jewish people again. No one should ever be scared to be Jewish, even to the extent of three generations not knowing they were Jewish.

HOW IT WORKS: The feeds in the blue section at the bottom of the screen update automatically, whenever there is new content on those sites. You can click on the name of the website (there’s a small logo next to the name of the website) – and go to the home page of that website. Or, you can click on the title of the latest article (it’s just below the website name) – and go directly to that article. Why is this a good thing? There are so many websites in the universe. This is one more way of discovering interesting points of view, news and commentary. As more local agencies add “feedable” content to their websites, we’ll add those links also. Curious? Contact us to learn more.

They call me "NewsHound IV," because I'm a clever Finnegan, sniffing out stories all over the Boulder area. I love Jewish holidays because the food is GREAT, especially the brisket. Well all the food. I was a rescue pup and glad to be on the scent!
Previous Fall is Here, Winter is Near
Next Go Local with JNFuture