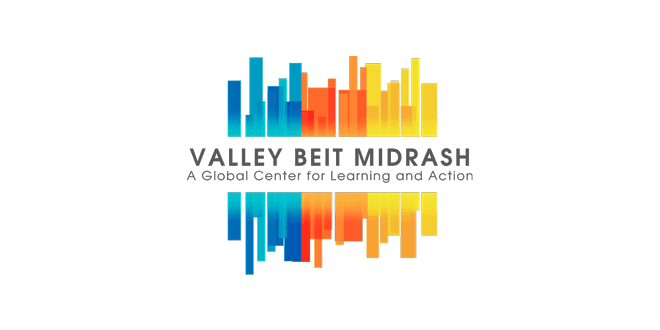 Staff November 27, 2022 Events Comments Off on Post-Midterms Interfaith Panel: Where Do We Go From Here?

A Conversation on Constructive Dialogue

As we mourn yet another tragic event of violence in Colorado Springs last weekend, we are sadly reminded of the work that must be done to bring people together in ways that are constructive and not divisive.

Following the 2022 midterm elections, we convene public leaders from diverse backgrounds – Mayor Michael B. Hancock (Mayor, City and County of Denver), Rabbi Joe Black (Senior Rabbi, Temple Emanuel), Ismail Akbulut (Director for Multifaith and Intercultural Engagement, Multicultural Mosaic Foundation), and Rabbi Sarah Shulman (Assistant Rabbi, Hebrew Educational Alliance) – to discuss how we can have more constructive dialogue with people who may be dissimilar to us in an effort to advocate for unity over divisive rhetoric.

In-person event to be held at:

Mayor Michael B. Hancock, City and County of Denver
Michael B. Hancock is serving his third term as Denver’s 45th mayor and is the second African American to hold the position. He is a member of the U.S. Conference of Mayors, where he chairs the Communications and Transportation committee, is Vice President of the National Conference of Democratic Mayors and is a member of the African American Mayor’s Association.

Raised in Denver since he was 10 months old, Mayor Hancock found his passion and purpose in serving the city and the people he loves.

Equity is the foundation of his public service and the intention that drives his leadership, from the start of his career at the Denver Housing Authority and the National Civic League, to becoming the youngest President of an Urban League chapter in America, to today as a third-term Mayor of the City and County Denver.

Mayor Hancock has never looked away from a challenge – meeting the needs of the community by helping organizations with fiscal management, civic engagement, and better governance. He honed those skills in the non-profit and private sectors and brought them to the Denver City Council, where he served for eight years including two terms as City Council President. The Mayor is a die-hard Denver Broncos fan. He earned a B.A. from Hastings College and a Master of Public Administration from the University of Colorado, Denver.

Mayor Hancock is the proud father of three children and doting grandfather to an adorable granddaughter.

Rabbi Sarah Shulman, Assistant Rabbi at the Hebrew Educational Alliance
Rabbi Sarah Shulman Rabbi Shulman is passionate about community building through Jewish educational experiences. She was ordained as a Conservative Rabbi with dual Masters degrees in Education and Rabbinic Studies from American Jewish University. Originally from Seattle, Rabbi Shulman attended Stanford University, where she received a B.A. in Human Biology and Creative Writing.

Rabbi Shulman has worked in several different congregations and Jewish organizational settings throughout her career before founding Camp Ramah in Northern California. She has fond memories of living in Denver and being a part of the HEA community a decade ago when she worked as a hospital chaplain, the Director of Community Education for Hazon, and the Assistant Director of Ramah in the Rockies. She also has an impressive athletic background, having competed in IRONMAN world championships and other ultra-endurance events as an accomplished swimmer, runner, and cyclist.

Rabbi Shulman lives in Denver with her husband Nate and their daughters.

Ismail was born and raised in Germany. His parents immigrated in the 1970s from Turkey to
Germany.

Ismail received his BA from the State University of Baden Wuerttemberg in Business Information Systems. He served in different capacities on boards of various non-profits in Germany. In 2007 Ismail moved with his family to Colorado. The same year he joined the Multicultural Mosaic Foundation as a board member.

From 2009 to 2020 Ismail has served as the board president for the Multicultural Mosaic Foundation. Ismail wrote several articles and OP-EDs for the Intermountain Jewish News, the Armenian Mirror Spectator, the Circle in Canada and the Wertheimer Zeitung in Germany. Ismail participated in 2017/18 in the Muslim Leadership Initiative (MLI) of the Shalom Hartman Institute and is a Shalom-Hartman fellow.

Rabbi Joe Black, Senior Rabbi, Temple Emanuel
Rabbi Black has been the Senior Rabbi of Temple Emanuel since 2010, previously serving as
rabbi of Congregation Albert in Albuquerque, New Mexico from 1996-2010. He served as
Assistant and then Associate Rabbi at Temple Israel in Minneapolis, Minnesota from 1987-1996.
He received his Bachelor’s degree in Education from Northwestern University in 1982 and his
Master’s degree and rabbinic ordination from the Hebrew Union College – Jewish Institute of
Religion (HUC-JIR) in Cincinnati, Ohio in 1987. In 2012 he received an honorary Doctorate of
Divinity from HUC-JIR.

Rabbi Black serves as a Chaplain in the Colorado House of Representatives and is past President of the Rocky Mountain Rabbinical Council. In Albuquerque, he was involved in many community organizations including the Albuquerque Academy Board of Trustees, New Mexico Symphony Orchestra Board of Trustees, Roadrunner Food Bank, Presbyterian Hospital Ethics Committee, The Martin Luther King Multi-Cultural Council, New Mexico Organ Donor Service, and the New Mexico Religious Coalition for Inclusion and Non-discrimination (R.A.I.N.). He has served as a member of the Central Conference of American Rabbis (CCAR) Committee on Rabbinic Wellness and both the Union for Reform Judaism (URJ)/CCAR Commissions on Religious Living and Youth. A Nationally recognized musician, he has presented and performed at many regional and national biennial conventions and has served as faculty on regional and
National Spirituality Conferences. He also has served on the Rabbinic Faculty of many Reform Jewish Summer Camps. Rabbi Black was an active member of CAJE – the Coalition for the Advancement of Jewish Education — and was a regular contributor and performer at CAJE conferences.

Rabbi Black has had several poems and articles published in leading national literary and academic journals. He is a frequent contributor to anthologies and collections of Jewish writing. He has recorded five critically-acclaimed albums of Jewish music, two children’s books, a songbook and two videos. He has performed his original music in many communities in the United States and Canada. He has received numerous honors for his performance and composition. His books and music have been featured by the PJ library and he was honored by Moment magazine as one of the top ten male performers in American Jewish music as well as one of the top ten children’s performers in American Jewish music.

Rabbi Black and his wife Sue have two wonderful children.

Valley Beit Midrash (a global center for learning and action) is a forward-thinking, pluralistic not-for-profit organization rooted in Jewish ethics that is committed to improving lives in our communities through Torah learning, social action, and leadership development.

They call me "NewsHound IV," because I'm a clever Finnegan, sniffing out stories all over the Boulder area. I love Jewish holidays because the food is GREAT, especially the brisket. Well all the food. I was a rescue pup and glad to be on the scent!
Previous Adventure Rabbi Jewish Teens Meet Monthly
Next L’chaim! A Jewish Anti-Death Penalty Group