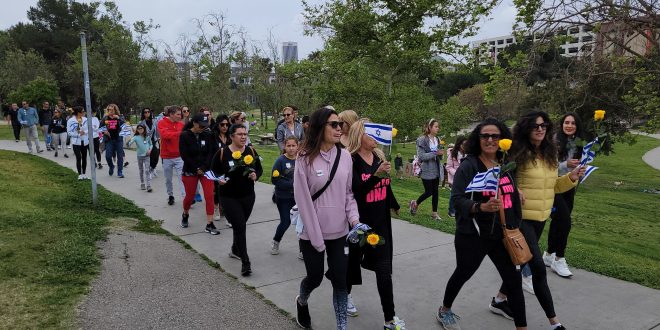 LOS ANGELES, April 4 – From the “Rocky” steps at Philadelphia’s Museum of Art to the Holocaust Museum LA, people from coast to coast are running and walking this month to remember the Holocaust and spotlight rising antisemitism in the Israeli-American Council’s #6MillionSteps campaign.

#6MillionSteps, which is dedicated to the one and a half million children who perished in the Holocaust, launched Sunday with a walk-run in Los Angeles starting at the Holocaust Museum LA and going through Pan Pacific Park. #6MillionSteps will coincide with Israel’s Holocaust Remembrance Day, Yom HaShoah, on April 28, and conclude in early May.

After an outpouring of support for the inaugural 2021 campaign, when participants quickly exceeded the six million steps goal and reached 22 million steps, the IAC this year raised the bar by challenging individual communities across the country to walk or run six million steps.

This year’s #6MillionSteps campaign creates multiple paths for people to participate, including by connecting their Fitbit, Garmin or other fitness tracker to the digital campaign, adding a #6MillionSteps filter to their social media, and manually counting total steps while walking, running or exercising. Individuals, schools, communal institutions and businesses will be invited to organize and host their own events or join others nationwide.

The #6MillionSteps campaign will also offer a class on removing antisemitic content and Holocaust denial from the Web, resources on the Holocaust’s child victims, and courses for students and educators through IAC’s OFEK Learning Hub.

The courses are part of a new partnership OFEK also announced today, with the Holocaust Museum LA, Israel’s Yad Vashem and Ghetto Fighters House, to make Holocaust learning and teacher training more accessible, since only 26 states mandate some form of public Holocaust education.

OFEK will feature a virtual tour of the Holocaust Museum LA, the first US Holocaust museum founded by survivors; along with special courses including a creative writing class for elementary and middle school students called “The Shoah Diaries”; an advanced, critical study of word choice and responsibility for high school students, “Voices From the Holocaust II”; and an adult-level course, “Violins of Hope.”

“At a time when our nation is experiencing a deeply alarming rise in antisemitism, from attacks on synagogues and individuals to distortions of the Holocaust in the public sphere, we will come together through #6MillionSteps to remember the Holocaust and to raise our voice against anti-Jewish hatred,” said IAC Co-Founder and CEO Shoham Nicolet.

They call me "NewsHound IV," because I'm a clever Finnegan, sniffing out stories all over the Boulder area. I love Jewish holidays because the food is GREAT, especially the brisket. Well all the food. I was a rescue pup and glad to be on the scent!
Previous Column: Religious Test for Supreme Court Seats?
Next Pesach: Unbreakable Soul 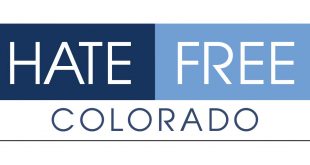