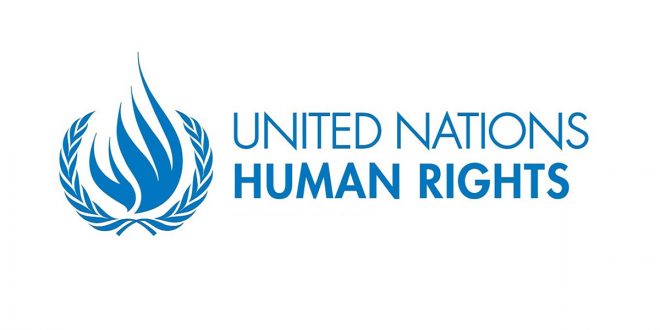 If only Israel would end its “belligerent occupation.”

Most of us know better, but don’t tell that to the United Nations Human Rights Council. Its Commission of Inquiry last week released the first of what they hope will be decades of annual reports on Israel’s oppression of the poor Palestinians. The report does criticize Hamas and the Palestinian Authority, but as the report states:

“The commission notes that the findings and recommendations relevant to the underlying root causes were overwhelmingly directed towards Israel. The commission took this point as an indicator of the asymmetrical nature of the conflict and the reality of one state occupying the other.”

The “root causes?” Many Palestinians want to destroy Israel. It does not matter what Israel does. If there was no occupation, as the COI describes it, Palestinians would find another reason to battle with Israel. Besides, Israel proposed an independent state for the Palestinians in 2000 during a summit at Camp David, where Palestinian leader Yasser Arafat rejected the plan.

The COI report traces events back to the Oslo Accords from the 1990s that “were intended to start a process toward achieving a peace treaty,” yet it conveniently skips the Camp David summit where then-Prime Minister Ehud Barak proposed an independent state covering the West Bank, Gaza and even East Jerusalem. Arafat’s rebuff ceded ongoing control of these territories to Israel.

What happened in 2000 should widen the context of this report, and the report stresses the need for “context” as in: “The continuing occupation of the Occupied Palestinian Territory, including East Jerusalem, the 15-year blockade of Gaza and longstanding discrimination within Israel are all intrinsically linked, and cannot be looked at in isolation.

“The conflict and the occupation must be considered in their full context. Both the 2014 and 2021 hostilities came in the context – that word again – of tensions between Palestinians and Israelis in the West Bank and East Jerusalem, in addition to the situation in Gaza.”

They want “full context?” How about terrorist attacks throughout Israel, whether in “occupied territory” or in Tel Aviv? Or a decade-plus lapse in negotiations? Israeli distrust that pushed government policies to the right?

The report moves on to “violations and abuses of individual and collective rights,” stating, “Previous reports have found that movement permit requirements, settlement infrastructure, military incursions and checkpoints remain a part of daily life for Palestinians, who in the great part remain cut off from each other in East Jerusalem, the rest of the West Bank, Gaza and Israel.”

Most of these policies are aimed at providing security for Israelis. The government is trying to prevent terrorists from entering Israel with weapons and bombs, and “military incursions” are intended to capture terrorists hiding out in places like Jenin.

Of “settlement infrastructure,” I have questioned the wisdom of building communities in the West Bank – not because it might be Palestinian land, but because the territory has become a dangerous place for Israeli civilians and the troops deployed to protect them.

The COI then claims that “the wall continues to separate Palestinians in the West Bank rom East Jerusalem and Israel, despite the International Court of Justice having stated that it gravely infringed a number of rights of Palestinians living in the territory occupied by Israel.”

With “the wall,” how is Israel expected to prevent terrorists from entering the country? The Israeli government has maintained that the partially built barrier between Israel and the West Bank has reduced terrorist attacks, and that barrier combines both fencing and walls.

The reports cites recommendations for “ceasing the policy of administrative detention, particularly of children”…and “lifting the blockade on Gaza.”

Like other pro-Arab activists, the authors of the report neglect to explain what detention “of children” is about.

If not for the blockade of Gaza, who knows how many more arms would be smuggled into Gaza? How many more terrorists would wander into Israel and massacre Israelis and others?

The COI notes that Israel’s laws place “Palestinian women whose right to reside in East Jerusalem or in Israel is dependent on their husband’s status in a vulnerable position, as they may be forced to stay in abusive relationships.”

While that sounds like a legitimate concern, it is ironic that abuse of women is known to be widespread in Arab society. Suddenly the report’s authors are concerned about the treatment of Palestinian women.

The COI likewise worries that Israeli policies and actions “made prospects for political and economic integration between Gaza and the West Bank more remote.” The report also cites “the political division between Fatah (which controls the West Bank) and Hamas (controlling Gaza) is having a negative effect on the full enjoyment by Palestinians of their human rights,” which confirms that the Palestinians do not need Israel to block improvements in their lives.

Granted, the report raises issues that could stand some exploration, and it pledges to continue to seek engagement with Israel, which refused to cooperate with the COI’s investigation. Ned Price, a spokesperson for the U.S. State Department, explains in The Jerusalem Post why Israel cannot be blamed for such a stance:

“As we have stated repeatedly, we firmly oppose the open-ended and vaguely defined nature of the UN Human Rights Council’s Commission of Inquiry on the situation in Israel, the West Bank and Gaza, which represents a one-sided, biased approach that does nothing to advance the prospects for peace. The report…does nothing to alleviate our concerns.”

Price added that Israel “has received disproportionate focus at the HRC compared to human rights situations elsewhere in the world. The existence of the COI in its current form is a continuation of a longstanding pattern of unfairly singling out Israel.”

Besides, when Israel sought dialogue for most of the last 74 years, how cooperative were the Arabs?

Bruce S. Ticker, who writes from Philadelphia, also blogs for The San Diego Jewish World and Smirking Chimp and previously for the suspended Philadelphia Jewish Voice. He was previously a reporter and copy editor for daily newspapers in eastern Pennsylvania.
Previous Weekly Edition: June 17th, 2022
Next Antisemitism and Social Media