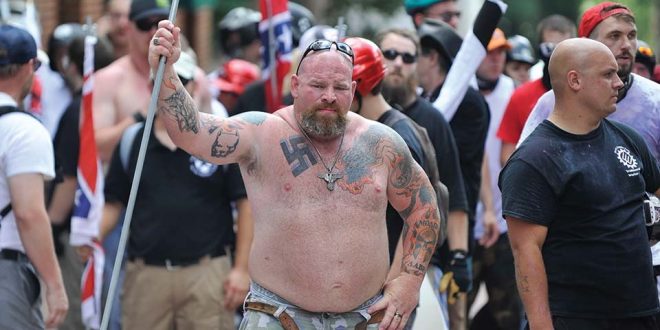 Staff June 16, 2022 Guests and Blogs Comments Off on Antisemitism and Social Media

According to the Anti-Defamation League, 2021 was a low point in the history of American antisemitism.

The organization tallied 2,717 antisemitic incidents for that year, the most since it began collecting data in 1979.

In the newly published book “Antisemitism on Social Media,” a group of scholars examines how Twitter, Facebook, TikTok and other platforms may be fueling this rise in the United States and globally.

Co-edited by Sabine von Mering, Brandeis University professor of German and women’s, gender and sexuality studies, and Monika Hübscher, a PhD candidate at the University of Haifa, Israel, it is the first comprehensive academic study of the subject.

Here are some of the book’s major findings and conclusions:

When a group is banned on one platform, it can pop up on another platform or have another group carry the ball forward. Miller says that when the extremist U.S.-based groups the Base and Atomwaffen Division collapsed in 2020, their absence “was hardly noticeable” on social media because other groups immediately filled in.

Miller traces how beginning in the early 2010s, members of antisemitic groups began a campaign on social media using the message “read siege,” a reference to a violently antisemitic text written by neo-Nazi James Mason in the 1980s.

Because the meme was coded, it wasn’t flagged as hate speech by the social media platforms, and it spread widely. Eventually, a Twitter user who went by the handle @ReidSeej fooled the celebrity gossip columnist Perez Hilton into saying “read siege” in a Christmas video.

However, it’s important to point out that antisemitic content represents a tiny fraction of the traffic on social media. In his chapter in the book, Michael Bossetta, a researcher at Sweden’s Lund University, says most studies find that antisemitic content makes up well under 1% of the total number of posts worldwide. In one major survey, it was as little as 0.00015%.

Armin Langer, a Phd student at Germany’s Humboldt University, argues in the book that even if the QAnon movement doesn’t truck explicitly in antisemitism, its conspiracy theories still draw on historically antisemitic lore and themes.

Take the idea of the deep state. Langer traces its origins back to the late 18th century when the Prussian Lutheran pastor Johann Heinrich Schulz accused Jews of walling themselves off from the larger societies in which they lived to form a “state within a state” (“Staat im Staate”), governed by its own religious laws.

In the infamous antisemitic tract, “The Protocols of the Elders of Zion,” the idea of a Jewish “state within a state” goes hand-in-hand with the concept of a Jewish world conspiracy.

“TikTok has become a magnet and a hotbed for violent and extremist content,” the Israeli researchers Gabriel Weimann and Natalie Masri write in their chapter. This is particularly alarming, they point out, because of the platform’s huge popularity with tweens and teenagers.

Though the increases are large, the actual amount of content remains minuscule compared to the total amount of material on the platform.

But TikTok’s huge user base — over one billion —  means that even one post can reach a huge audience. An antisemitic song about Jewish people being killed in Auschwitz, for example, was accessed more than six million times worldwide.

Weimann and Masri are especially troubled that TikTok had announced a crackdown on hate speech in October 2020, yet their findings showed that antisemitic material was still being posted.

According to Brandeis University’s Sabine von Mering, you shouldn’t respond, share, repost or engage with the material.

Social media’s algorithms reward content that elicits user responses, even if those responses are negative. Even if you denounce an antisemitic post or call out the person who published it, you increase the likelihood that the content will be promoted on the platform.

Most platforms now have methods for reporting hate speech. Use those, von Mering said in an interview.

This post is adapted from an article that originally appeared on Brandeis University’s The Jewish Experience devoted to exploring the most pressing issues facing Jews and Judaism.

They call me "NewsHound IV," because I'm a clever Finnegan, sniffing out stories all over the Boulder area. I love Jewish holidays because the food is GREAT, especially the brisket. Well all the food. I was a rescue pup and glad to be on the scent!
Previous Column: ‘Belligerent Occupation,’ Belligerent Report from U.N.
Next Friday on Flagstaff Shabbat Service