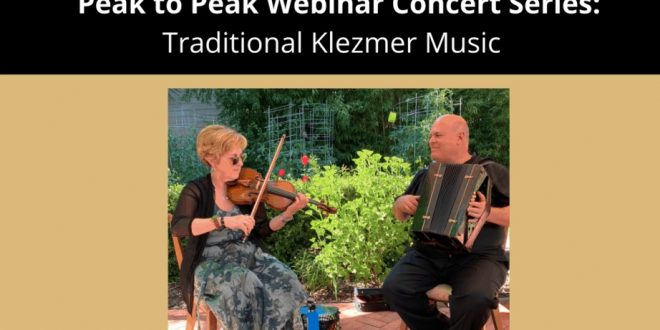 Join Cookie Segelstein and Josh Horowitz, who will demonstrate and talk about the styles, historical curiosities and techniques of traditional klezmer music. They’ll show some of the unusual forgotten genres that accompanied the 8-day Jewish wedding celebrations of eastern Europe, and detail how those genres have morphed through time to form what we know today as klezmer music.

Cookie Segelstein (violin and viola), is the founder and director of Veretski Pass, and has performed with Kapelye, The Klezmatics, and The Klezmer Conservatory Band. She served as principal violist in Orchestra New England and assistant principal in The New Haven Symphony, and was formerly on the music faculty at Southern Connecticut State University.  She was featured on the ABC documentary, “A Sacred Noise,” heard on HBO’s “Sex and the City”, and appears in the Miramax film, “Everybody’s Fine” starring Robert De Niro. Cookie has presented lecture-demonstrations and workshops on klezmer fiddling all over the world, including at major U.S.  and European Universities.

Joshua Horowitz (accordion, piano, cimbalom) is the director of the ensemble Budowitz and co-founder of the trio, Veretski Pass. He has taught, performed and recorded with Itzhak Perlman, Theodore Bikel, Stan Getz, The Vienna Chamber Orchestra and is currently the curator and orchestrator for the San Francisco Symphony’s Jewish Music Currents Series and co-curator of the The Sonoma State University Jewish Music Concert Series. He received the Prize of Honor by the Austrian government in 2000 for his orchestral work, Tenebrae, based on the poem of Paul Celan and continues to compose and perform in a variety of genres and disciplines.

The Program in Jewish Studies and College of Music are pleased to offer three online concerts this fall exploring klezmer music, Yiddish song, and Middle Eastern/North African Jewish poetic songs (piyyutim). The concerts will be in a webinar format, blending performance and discussion. The first two will be in the morning, 9:10-10:00am on Monday September 20 and Wednesday November 17. The last one will be in the evening, 7:00-8:30pm on Thursday December 2. This concert series is made possible by funding from the CU Boulder Office for Outreach and Engagement Arts and Humanities Initiative, the Roser Visiting Artist Program in the College of Music, and the David Shneer Fund for Community Programming, Public Scholarship, and the Arts. 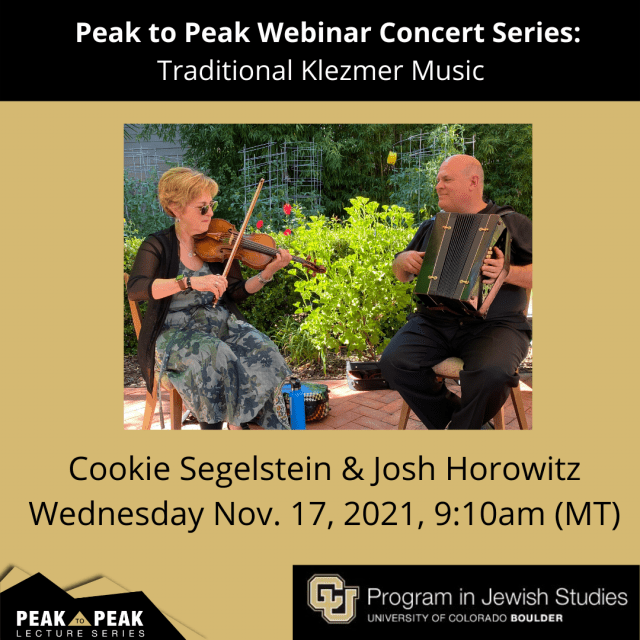 Previous Choosing Justice: Bringing Tikkun Olam Home to Our Communities
Next The Best Lunch I Had This Week- All Thanks To Har Hashem Youth Program