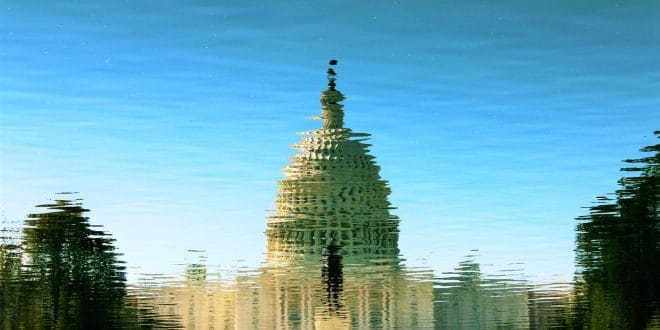 Photo by Kendall Hoopes on Pexels.com

Bruce Ticker July 29, 2021 Guests and Blogs Comments Off on Column: Assault on Congress: The Humiliation of Officer Harry Dunn

“This nigger voted for Joe Biden.”

The shock value of spelling out the n-word is necessary here. Their brazen racism is all we need to know about the low-lifes who invaded the U.S. Capitol on January 6.

We cannot chalk up their horrid conduct to stupidity. We cannot even respect them for believing in a credible cause. It is no cause to oppress a fellow American because of his race. It is cruelty. It is tyranny. It is obscene.

Adding racist insult to any injury that Capitol Police Officer Harry Dunn suffered touched a nerve. I have been called a kike, “that Jew,” even a rabbi. The latter word, of course, was not intended as a compliment. It is easy for many of us to identify with the pain that Officer Dunn felt that day, both physical and mental.

Somehow, the racist name-calling enrages me more than the physical abuse. Anyone who would shout the n-word or anything similar is desperate. They have no serious mission to serve – even if they are alone in believing in it. The below-the-belt treatment heaps humiliation on top of the physical assault. It is mean and ignorant.

Dunn was visibly still in shock as he recounted the incident on Tuesday in front of a House select committee composed of seven representatives appointed by House Speaker Nancy Pelosi. He was joined by three other police officers – another Capitol officer and two Washington police officers – who recalled their separate nightmares trying to stave off the hundreds of cretins who besieged the building to disrupt the official accounting of electoral votes formalizing President Biden’s election.

He said that until January 6 nobody ever called him the n-word when he wore the uniform of a Capitol police officer. He testified that he was trying to show these assailants the door when one person told him that then-President Trump sent them to the Capitol to force Congress to “stop the steal.” Nobody voted for Joe Biden for president, the person told Dunn.

Dunn revealed that he voted for Biden. “Doesn’t my vote count? Am I nobody?”

It was then that a woman in the crowd yelled, “This nigger voted for Joe Biden,” which was followed by 20 people shouting together: “Boo! Fucking nigger.”

Dunn was among 140 officers whom they attacked that afternoon while wearing “Make America Great Again” garb. Leaving seven people dead was their concept of making America great again.

They were not on the street, they were inside the U.S. Capitol. They were addressing a uniformed police officer as if he was a slave picking cotton on a plantation.

They mocked his authority in the very building that embodies what democracy is all about. It is the building where my representative and two senators are supposed to act in the best interests of myself and their other constituents. It is the place where my members of Congress can press for public policies that would help me, perhaps policies that I asked them to support. It does not always work out that way, but we cannot expect perfection.

To say the least, making an issue about someone’s race or religion will swiftly turn a situation into something ugly. I have been in conflict with individuals who are black, but I engaged with them on issues, not our racial differences. Some of them made it racial. One man seemed to believe that I acted out of racist motives. A female manager, whose anti-Semitism touched off our conflict, possibly believed that I was trying to bring down a successful black woman.

When a black female co-worker explained this to me, I told her that the manager was bringing herself down.

I was also angry that the conduct of the Capitol rioters reflected upon me as a white man. We can understand if Dunn blamed all white people for this, and with his dignified demeanor it was clear that he did not take it that way. It still hit him hard.

Dunn also recalled how a 40-year-old black colleague told him nobody ever called him the n-word to his face his entire life – until January 6. While wearing a police uniform. Inside our heart of democracy, the U.S. Capitol.