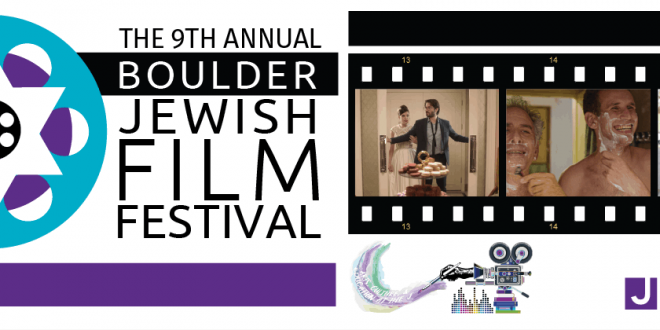 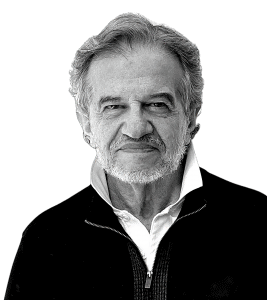 The Boulder Jewish Film Festival is thrilled to pay tribute to documentary filmmaker Pierre Sauvage, as well as to honor his lifelong dedication to Holocaust awareness, in a special six-program tribute. Described by Tablet Magazine as “a filmmaker of rare moral perception,” Sauvage has consistently probed questions of moral choice, focusing on the magnitude of humanity’s failure during the Holocaust by underscoring what it was possible to do.

This exclusive retrospective culminates with Sauvage’s seminal “Weapons of the Spirit,” newly remastered in wide-screen for its 30th anniversary. In addition to the screening of this widely acclaimed Holocaust history/memoir, this year’s all-virtual festival will include four other documentaries produced and directed by the pioneering Jewish French-American filmmaker, who has also lectured widely on how people reacted to the persecution and murder of the Jews of Europe.  In 1982, he founded the nonprofit Chambon Foundation to “explore and communicate the necessary lessons of hope intertwined with the Holocaust’s unavoidable lessons of despair.” 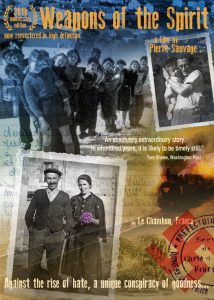 This in-depth speaker program, logistically made possible by the virtual nature of the festival, features a week-long conversation with Sauvage, who serves as our Holocaust Scholar in Residence during his virtual visit, in partnership with the Irene Rosenschein Memorial Holocaust Education Fund recently launched at the Boulder JCC.

Holocaust documentaries were still quite rare before the 1989 release of “Weapons of the Spirit,” which explored what Pierre was the first to call a “conspiracy of goodness” that took place in a tiny mountain community in France.  In and around the village of Le Chambon-sur-Lignon—a Protestant stronghold in Catholic France—some 5,000 Jews were sheltered, by some 5,000 Christians.  This area provided the most dense and long-lasting haven of refuge anywhere in Nazi-occupied Europe; it is one of only two communities recognized collectively by Israel’s Yad Vashem as Righteous Among the Nations.  The film achieved remarkable popularity, playing theatrically throughout the U.S., and has remained a widely used teaching tool.  The 1990 television broadcasts on PBS were introduced by Bill Moyers, who also probed the filmmaker in an interview.

This was a story Pierre was born to tell: he was himself born and sheltered in Le Chambon just before the end of the war.  But he grew up in New York City, where his Jewish parents chose to put the past behind them.  Indeed, it was only at the age of 18 that Pierre even learned that he was Jewish and had lost many family members to the Holocaust.

A longtime film scholar, he first began to lay claim to his Jewish heritage in 1979, winning an Emmy Award for the documentary “Yiddish: The Mother Tongue,” a ground-breaking exploration of this unique and tenacious language and culture. His exploration proved prescient, released just before the Yiddish renaissance that revived a language and reinvigorated a people and a culture. 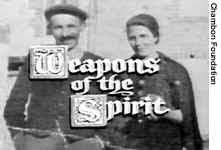 A growing preoccupation with the Holocaust led to “Weapons of the Spirit” and the beginning of Sauvage’s uniquely nuanced exploration of rescuers, including those who had helped his own family.  Two of the other documentaries being screened in our retrospective also focus on rescuers—or more accurately on one rescuer and one would-be rescuer.

Pierre will also be showing excerpts from a work-in-progress, “And Crown Thy Good: Varian Fry and the Refugee Crisis, 1940-41,” which celebrates the most successful private American rescue effort of the Nazi era: New York intellectual Varian Fry and his colleagues helped some 2,000 anti-Nazi and Jewish refugees escape from France after France fell to the Third Reich. This program is available exclusively to Colorado audiences.

The shocking “Not Idly By: Peter Bergson, America, and the Holocaust” pays tribute to the remarkable efforts in the U.S. of a group of mostly Palestinian Jews who labored mightily to make the rescue of the Jews of Europe a priority for American Jews and for the American government.

The equally challenging “We Were There: Christians and the Holocaust” explores the Christian motivations of four leading Righteous Gentiles during the Holocaust, while highlighting Christian responsibility for what was allowed to happen.  The lessons of history thus ring loudly from the filmmaker’s canon, each booming with contemporary significance, illustrating just how difficult it often is for us to face even the most obvious facts.

Especially meaningful today, as “Weapons of the Spirit” underscores, is that Nobel Prize-winning author Albert Camus wrote his great novel “The Plague” while stranded and ill in the area of Le Chambon during the Nazi occupation.  The doctor who delivered Pierre, and was subsequently murdered by the Nazis, had also treated Camus; there are reasons to believe that he may have been the role model for the doctor who is the main protagonist of the novel.

Sauvage was honored in 2018 with similar retrospectives at the Paris Mémorial de la Shoah and in Le Chambon-sur-Lignon. The BJFF tribute program will be the first time all five films will be shown together in the U.S., each with its own conversation with the filmmaker and some prominent guests. The culminating Q&A will focus on “Weapons of the Spirit” but will also include conversation and questions on all five films after audiences have had a chance to see all of Sauvage’s work. Except for the Varian Fry work-in-progress program, the mini-festival will be available to viewers nationally.

Kathryn has spent her professional life writing about, teaching, and presenting the arts. Founding Director of the Boulder Jewish Film Festival, Kathryn was Director of Menorah and ACE at the Boulder JCC from 2003 through August, 2019. The former film and theater critic for the Boulder Daily Camera, Kathryn is the author of "The Fifty Greatest Jewish Movies" and "The Fifty Funniest Films of All Time." kathryn.bernheimer@gmail.com
Previous A Contemplative Life Scan for Parashat Yitro
Next Weekly Edition: February 5th, 2021