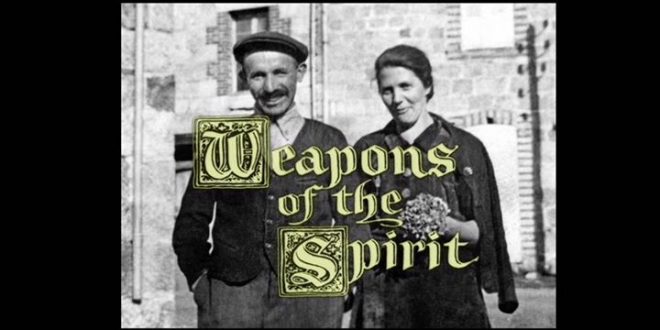 What to Watch: Zooming in on the Best Jewish Documentaries

For an independent filmmaker, the documentary offers many advantages over a feature film, including lower cost, a more flexible time frame, and greater creative control, offering the opportunity to educate as well as entertain. Telling stories that are tightly bound to reality, non-fiction films were once considered exercises in journalism featuring experts dryly expounding on a subject. The term “talking heads” came to represent the dull dissemination of information that characterized the fact-based form for many years.

Today, however, there is no dearth of creativity or drama in the genre, which has become increasingly popular with audiences, in large part due to the thriving film festival circuit.

Jewish film festivals, in particular, have promoted so much excellent work that today the number of documentaries submitted each year is greater than the number of feature films, and the quality is, in general, higher.

My next talk in our “What to Watch” series, Sundays at 4:00 pm, will highlight the very best Jewish documentaries, focusing on creative storytelling, visual imagination, emotional impact, historical importance, and intellectual enlightenment. Compelling content, creatively presented, elevates the documentary to such an extent that it now rivals fiction film, and today’s docs range from lively and funny crowd-pleasers to devastating examinations of critically significant subjects.

Not surprisingly, the Holocaust lent itself to early cinematic explorations by documentary filmmakers, presenting them with the irresistible challenge of depicting a nightmare that beggared the imagination: Alain Resnais’ 1955 short classic, “Night and Fog”; Pierre Sauvage’s 1989 conspiracy of goodness-themed “Weapons of the Spirit”; and Claude Lanzmann’s ground-breaking epic, “Shoah,” released in 1985. All three left an indelible impression on viewers, forever haunted by the images and impressions of an event the world was quickly trying to erase from memory.

As examinations of the Holocaust continue to proliferate, notable documentary filmmaker Roberta Grossman created an instant classic with “Who Will Write our History” (BJFF 2019), following in the footsteps of seminal films such as 2004’s hugely popular “Paper Clips,” and 1997’s Oscar-winning “The Long Way Home,” (shown at BJFF in 2013, with tribute guest Rick Trank in attendance).

Popular culture has proven an extremely rewarding topic for filmmakers, and the tantalizing focus on food has been especially enlightening (“The Sturgeon Queens,” “In Search of Israeli Cuisine”).

The music documentary, which has the added value of a doubling as a concert, is my favorite category. From “AKA Doc Pomus” (BJFF 2014) to the recent “Clive Davis: The Soundtrack of Our Lives,” lively Jewish music documentaries have covered everything from Blue Note Records to the Broadway musical to Bollywood, and diverse artists such as Sophie Tucker, Itzhak Perlman, and the Klezmatics.

History and politics are always rich subjects to mine, as confirmed by “Above and Beyond” (producer Nancy Spielberg attended BJFF 2015) and “Keep Quiet” (BJFF 2017).

Some filmmakers tackle the Jewish experience head on, with remarkably illuminating documentaries such as “Hollywoodism: Jews, Movies and the American Dream,” “Hava Nagila,” and “Dreaming of a Jewish Christmas.”

In recent years, a few films have combined feature film with documentary; the best example of such a hybrid is “The Invisibles” (BJFF 2018), which interweaves survivor testimony with a scripted story to surprisingly positive effect.

Our Zoom conversation on Sunday at 4 pm will also cover the work of the best Jewish documentary filmmakers in the field today: Aviva Kempner, Roberta Grossman, Dani Menkin, and Rick Trank – with Eroll Morris singled out as one of the most creative and influential documentary directors of the last 40 years.

To join the free discussion, and learn about all our virtual programs, Click here.

Kathryn has spent her professional life writing about, teaching, and presenting the arts. Founding Director of the Boulder Jewish Film Festival, Kathryn was Director of Menorah and ACE at the Boulder JCC from 2003 through August, 2019. The former film and theater critic for the Boulder Daily Camera, Kathryn is the author of "The Fifty Greatest Jewish Movies" and "The Fifty Funniest Films of All Time." kathryn.bernheimer@gmail.com
Previous Mensches Worth Mentioning – Gavriel Kleinwaks
Next World’s Largest Virtual Color War Launches in Wake of Camp Cancellation