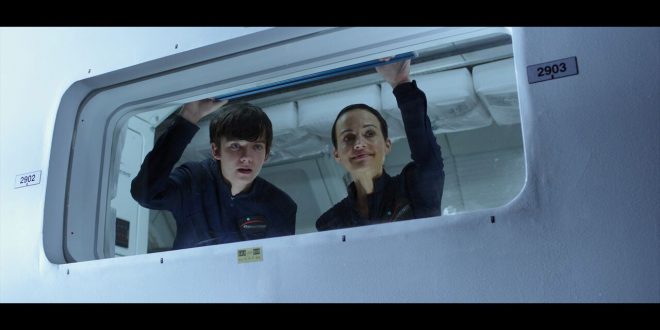 A few years ago a movie came out which got a low rating, in spite of its sweet theme. “The Space Between Us” was a sci-fi flick about a boy born on Mars who wanted to find his home on earth, and ended up actually falling in love with a girl in Boulder, Co. I kept thinking about the title as applied to the virus situation. When I take walks and people walk around me, I kind of smile under my mask wondering if I ate too much garlic, but then of course I realize their consideration in giving all of us some, literally these days, breathing room.

This week’s parsha bears a striking echo to our current situation. It is the law of someone who got Tzaraat, a disease with physical symptoms of spiritual flaws that affected the person’s body, clothes, or even homes.

The affliction on the homes is very interesting. Rashi tells us that when the Amorites heard that the Israelites were coming into the land, they hid their treasures in their homes, and those were the houses that became contaminated and therefore had to be torn down, as the Torah prescribes. What’s interesting too is that the houses first had to be quarantined for seven days, before being leveled. The Piesetsner Rebbe- who lived through the holocaust and died in Warsaw- asked not only why the need for housing quarantines, but connects this procedure to the holocaust itself. He posits that we can understand the material deprivation and losses caused by the closing and demolishing that occurred during the war, but how can we theologically justify the spiritual scarcity of opportunities to serve G-d like going to synagogues and houses of study?! Indeed, so many people now are asking similar questions. The Rebbe has an answer that may be relevant to our times too.

He says that sometimes, like the messages of so many of the Hebrew prophets, we do not appreciate things till we lose them. Furthermore we should know that throughout Jewish history, after the most extreme losses, came unexpected and phenomenal gains. Just read any book about our history and you can point to many examples.

People all over the world are now confined to their homes, some with families and some in isolation. There is little opportunity now to ‘escape’ when there are interpersonal or intra-personal conflicts and struggles. If the social structure is not solid or secure, than life may start to unravel. But the ‘hidden treasure’ concept is an intrinsic part of Judaism. Aside of course from abusive situations, the Torah’s advice would be to work through whatever the conflict or tension. The results may be a surprising treasure of deeper connection, or inner resources. These resources might have lain dormant in our relationships and in ourselves, if we hadn’t been given the space to access them.

Another amazing relationship to our times: These portions are usually read during the historic semi-mourning period known as the Omer, during the 49 days between Pesach and Shavuot. The grieving time, according to the Talmud, is due to a plague affecting 12,000 pairs of Rabbi Akiva’s students. The reason? And here I write the Hebrew phrase because the words are so jarring: ‘she’lo KIVDU zeh et zeh,’ meaning they didn’t respect each other. So in Hebrew the word that sounds very much like ‘Kovid’ is a word that actually means, ‘honor.’

What exactly did the students do wrong? The sages say they, like their illustrious teacher Rabbi Akiva, loved each other very much…so much that each tried to impose his particular outlook on his partner. In other words, they didn’t give those they loved the space needed to express their individual perspectives.

We might compare them to Nadav and Avihu, the two sons of Aaron who perished because ‘they came too close to G-d.’ Might this suggest that even G-d needs space? Indeed, I think it does. Remember Sinai whose event will soon be commemorated, where the people were told not to come to close to the mountain when the revelation occurred. And remember Moshe who hid his face before the burning bush, which the sages say was actually the place of Sinai.

Could this be what awe of G-d means? Not merely worrying about getting zapped, but rather showing respect for a Presence which we not only can’t understand, but a Presence which can’t in essence be understood!

Perhaps our fellow human beings are similar: beings in the image of G-d that warrant space and respect, not because we don’t love enough, but because we need to allow room for their uniqueness to exist, breathe, and blossom.

Could that possibly be a fault of our times, to expect and even compel another, even someone we love very much, to see things exactly as we see them?

‘Give me some space’, people say. Well now people are ordered to give each other space. Six feet happens to be equal to four amot- the measure of someone’s personal space. And now that we are ordered to stay home in our private spaces, could it be that instead of looking at the confined area as a restrictive zone, we could just perhaps take the time and space to unearth the hidden treasures in our closest relationships-including those treasures within our hidden recesses. For, as a people of faith, there must be some saving grace in our quarantine.

There is a story of two twins, one pessimistic and the other an optimist. When their adolescent birthday arrived, they were looking around for their present. They wandered outside their house into the barn from which a very pungent smell emerged. The pessimist said, ‘see I knew we weren’t getting anything this year,’ but the optimist twin countered, ‘If there’s such a bad smell here, somewhere there must be a pony. The ultimate Hassidic story about treasures, is the one of the man from Krakow who had a dream that there was a buried treasure under a bridge in another town. When he got to the bridge, there was a soldier who said that he had a dream about a treasure in Krakow in someone’s house who just ‘happened’ to be the first dreamer! The lesson is so clear; sometimes we wander far and wide to look for a fountain of happiness and wealth, but it turns out that the treasure was in our own personal space. May these trying times, help us to have the space, both physically and spiritually, to find the inner resources to improving our relationships, and to aid us in actualizing our destiny in this particular lifetime, in a way that contributes to the ultimate destiny of history, the tranquility and harmony envisioned in the Messianic era.

I have been teaching Torah and Chassidic writings for over forty years to students of all ages and backgrounds, both on the East Coast and the Midwest. I have been a director of several Jewish organizations in Santa Fe and Colorado. My articles and poetry on a wide variety of Jewish topics have been printed in many publications, and also are available online.
Previous Momentum Launches “Care with a Prayer” to Pray for Healthcare Workers
Next This Week at Virtual Bonai Shalom – 4/24 – 4/30 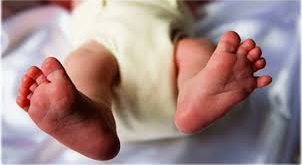 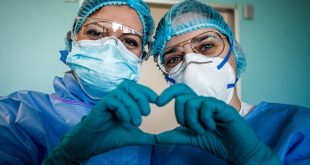 Dealing with the Coronavirus and Discovering Happiness…