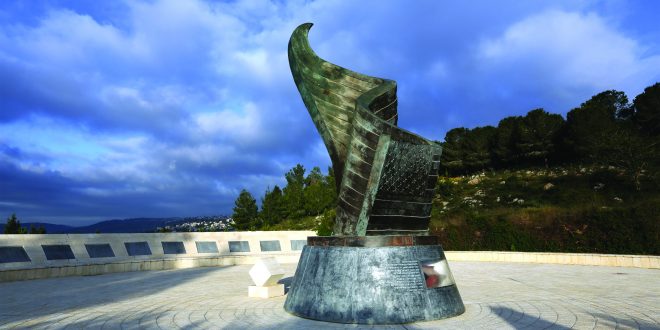 Marina Brodetsky September 8, 2020 News Comments Off on Life Goes On, But It Will Never Be the Same: Reflections from Two Israeli Mothers Who Lost Children on 9/11

September 11, 2001 was a global turning point, a day in which hundreds of thousands of people can ascribe a discernible change; or to put it more simply, after those terrorist atrocities, the world has never been the same.

That is especially true for two Israeli mothers, whose children were killed in those heinous attacks – one who died in the North Tower of the Twin Towers and the other who was on United Airlines flight 175 from Boston to LA, the second hijacked plane. Grisly footage of it slamming into the South Tower is imprinted on all those who have seen it.

As the annual ceremony commemorating the victims of 9/11 is being held (virtually) at the Jewish National Fund-USA (JNF-USA) – KKL 9/11 Living Memorial in Jerusalem – and it should be remembered that Israel is the only country (outside of the United States) to house a permanent 9/11 memorial with the names of each of the victims – it seemed fitting and appropriate to ask them – despite the obvious pain – to remember their children.

Yehudit Levinhar’s son worked at a subsidiary of Cantor Fitzgerald on the 103rd floor of the North Tower. Her oldest child, 29-year-old Shai, was a brilliant student, a genius with a 160 IQ, but with a gentleness and humility that put his co-workers and seniors, as well as peers at ease. Levinhar was aware that there are pitfalls when describing an oldest child, especially one taken before their time and in such horrific circumstances. However, she described a young man full of ambition and independence, kindness and beauty.

Miriam Avraham’s story is no less emotional or upsetting. Her eldest child, 30-year-old Alona, hadn’t even planned to be in Boston when she boarded that fateful flight. An independent and hard-working industrial engineer, whose family originally made aliyah from Bombay (today Mumbai), India, she was in the U.S. to try and live a life of normalcy and get away from the Second Intifada, which was raging in Israel at the time. In a real, sliding-doors moment, Alona, was set to go to Australia with a friend in the weeks leading up to 9/11, but the trip was cancelled.

“I used to be more concerned about her driving a car in Israel,” said Miriam. “What did I really have to worry about her being in the U.S.,” still seemingly disbelieving the events in which her daughter was swept up.

Both Levinhar and Avraham were just going about their daily lives when they heard the news that would change them irrevocably. Levinhar was in her office at Bank Leumi, when the HR Manager pulled her aside and explained that the first tower had been hit – knowing that Shai worked in the building. It would be some time before confirmation came through, however.

Avraham was getting ready to go to a family celebration. “It was about 4 p.m. in Israel and the TV wasn’t switched on,” she said. “My nephew called me and we switched it on – listening to [Israel’s] Channel 2, CNN, and the BBC. We saw live footage of the second plane flying into the tower…we could hardly believe our eyes.”

“Each year our hearts fill with grief as we commemorate the 3,000 people who tragically lost their lives on 9/11,” said Jewish National Fund Mountain States President, Julia Epel Sherry. “For the families of the victims, the pain is ever present. It is important for these women and their families to keep the memory of their children alive and the memorial in Jerusalem is a meaningful symbol of our People’s desire to choose life and living.”

That the memorial includes the names of all of the 9/11 victims highlights the wider catastrophe that was 9/11 but subsumed within that is the ongoing personal sense of loss for these two women.

“We’ve learnt to live with our loss,” said Levinhar, whose youngest son also tragically died, “but we’ll never really get over it and life is just not the same as it was before.” Avraham almost exactly echoed those sentiments. “Our life flipped completely in an instant. There isn’t a true joy in our hearts, but life must continue.”

This year a virtual commemoration will be shared via facebook.com/jewishnationalfund