Each year, the Boulder JCC selects honorees to be recognized for their commitment to the values of the JCC and dedication to creating positive change throughout Boulder County. At our 13th Annual Reflections on Saturday, February 22, Emily & Jonathan Cooper and Barbara Steinmetz will be honored.

Emily and Jon met nearly 20 years ago as college sophomores. After graduating from Wash U, they spent several years pursuing their careers—Emily in law school and Jon in finance—and traveling to see each other (from Chicago to Seattle to St. Louis and everywhere in between) on long weekends before moving to Boston together in 2006 and marrying in 2007. 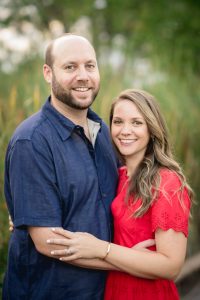 After a two year stint in New York City while Jon earned his MBA, and with their first child on the way, Emily and Jon had a decision to make about their next steps: stay in NY, move back to Boston (Jon’s hometown), or move to yet another locale. When Jon landed a job in Denver, moving to Boulder became the obvious choice. Emily grew up in Boulder, and Emily and Jon had spent many school breaks between Boulder and the mountains, making lots of memories in the area including ski trips, visits with family and friends, and their wedding in Beaver Creek.

Landing in town in the summer of 2011 with their three month-old Jonah, Emily and Jon began looking for ways to get integrated into the community, and it wasn’t long before they turned to the Boulder JCC. After having a positive experience with the new moms’ group at the Manhattan JCC when Jonah was first born, Emily started a similar group within months of arriving in Boulder. Emily joined the Reflections committee, Jon became a regular at the JCC Dads’ poker games, and the Coopers quickly began forming friendships that have become the foundation of their lives in Boulder.

Over the next five years, the Cooper family grew with the addition of their daughter Elliot, in 2013 and a second daughter Mae, in 2016. All three of the Cooper kids have had the wonderful fortune of attending the JCC preschool—an experience made all the more special by the fact that the Boulder JCC preschool was founded nearly 30 years earlier by Emily’s mom, Ardee Imerman, and Emily was one of the first preschool graduates (in a class of five students) in 1986. Jonah graduated from the JCC in 2016 as the first second-generation student at the preschool, and Elliot and Mae were some of the first students to experience the new ECC. 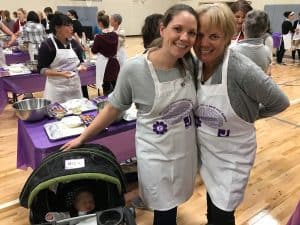 While their professional lives keep the Coopers busy—Emily with a private law practice until recently making the move to in-house counsel for PopSockets; and Jon with a growing financial advisory business at Merrill Lynch—they have continued their involvement with the JCC. Emily has served on the Women of the J Advisory Board since it was founded in 2014, and Jon recently joined the Welcoming Committee and served on the Reflections committee in 2018.

Emily and Jon feel incredibly fortunate for the ways in which the JCC has enriched their family’s lives. Through the JCC they have made wonderful friendships that will surely last a lifetime, and their kids have been given a rich foundation for their Jewish lives. The Coopers could not be more thrilled to be honored this year at Reflections and are looking forward to celebrating with their community!

Read about the other 2020 honoree, Barbara Steinmetz here.

Kai Murga-Canales is the Director of Marketing and Communications at the Boulder JCC. Originally from Miami, Kai moved to Boulder from Atlanta, where he worked for the Jewish Federation of Greater Atlanta and Limmud Atlanta + Southeast.
Previous Israeli President Reuven Rivlin Marks Jewish Disability Awareness, Acceptance, and Inclusion Month; Meets Soldiers with Disabilities
Next Spring Adult Education at Bonai Shalom Kicks Off in February