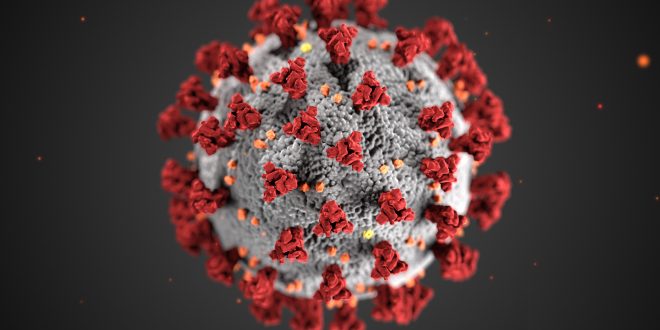 Coronavirus Vaccine at Least a Year and a Half Away, Israeli Expert Warns

Haifa, March 15, 2020 – Despite initial reports to the contrary, Dr. Manfred Green, director of University of Haifa’s international master’s program in public health warned that a vaccine to treat the coronavirus could take at least a year and a half until it reaches the general public during a wide-ranging briefing on the virus, hosted by the American Society of the University of Haifa.

“Developing vaccines is extremely difficult,” said Dr. Green. “It takes years, not days or months. There are new technologies now that we hope will speed up that process. But if you think about it, even in the best scenario, even if a vaccine is available it would take several steps until it’s ready for distribution to the general public. It would have to be tested on animals and then a small number of people first. So you’re not going to vaccinate millions of people before it’s been thoroughly tested. Even if a vaccine is produced very soon, it could take a year and a half until it’s given to the public.”

Addressing reports that Israeli scientists are on the cusp of developing the first vaccine against the novel coronavirus, he went on to say: “Israel needs to be modest and make sure that we are involved in the process to develop the vaccine. But the US, China and Europe also have advanced infrastructure and talented scientists working at this. It’s a joint effort. We need international cooperation.”

Dr. Green is renowned for his work in emergencies resulting from infectious diseases, epidemiology of cancer and evidence-based medicine, previously serving as Head of the Public Health Branch for the IDF, and Founding Director of the Israel Center for Disease Control.

As much of the country shuts down today following PM Netanyahu announcement to Israeli’s on Saturday night to ‘adjust to a new way of life,’ Dr. Green explained, “We don’t really know (how long a country must be on lockdown so the health system can cope with the threat). We’re using data we’ve seen from South Korea, China, Italy, etc. China was very successful. However, and I don’t want to be too pessimistic, but I’m not so sure that once China returns to its normal routine that we may not see another wave. They’ve reduced the spread dramatically, but it’s quite common in these situations for a next wave to come. Remember, 95% of the Chinese population has never been exposed. We are playing it by ear and watching what happens elsewhere. We’ll have to reevaluate every week. This could go on for months, perhaps even into next winter.”

“We adopted a policy of attempting to slow the outbreak,” Dr. Green said of Israel’s approach to contain the spread of the virus. “We knew we would not be able to prevent it from coming in. That virus gets through if it wants to get through. So you have to put into place as many barriers as you can to slow the entry of the virus. And then you hope for two things: One, when it does come in, the medical system is prepared to cope with it. And two, that it won’t be an immediate and large outbreak. So if 10,15 people need to be on respirators, that’s a big difference from if you had 100 people come in.”

Dr. Green ended with some advice for people experiencing coronavirus symptoms: “For the younger population – up to 50 – these people will have no problem staying home and avoiding crowds and work. They’ll recover by drinking plenty of fluids and rest. They must stay away from others. Anyone who has a fever or a mild cold should definitely not go to work. For people who are older or have underlying conditions, if they have a fever and respiratory issues they should immediately contact a health practitioner. In Israel, you can either call the Ministry of Health hotline or Magen David Adom who will send someone to test you.”

“Older people over the age of 50, should avoid going to places where there are a large number of people in closed spaces,” Dr. Green continued. “Certainly, those over the age of 60, and especially those who have an underlying health condition, should avoid anything more than modest family gatherings where possible. Finally, people with underlying conditions, such as heart disease, should make sure they are taking their prescribed medications and ensure that conditions such as hypertension and diabetes are under control.”

Concluding the briefing, Karen Berman, CEO of American Society of the University of Haifa noted that the University’s master’s program in public health “is actually only one of three accredited programs outside North America, that takes an interdisciplinary approach to educating the next generation of public health leaders and prepares them to address the health of Israeli citizens while operating effectively in a global health environment.”

They call me "NewsHound IV," because I'm a clever Finnegan, sniffing out stories all over the Boulder area. I love Jewish holidays because the food is GREAT, especially the brisket. Well all the food. I was a rescue pup and glad to be on the scent!
Previous Rabbi Marc’s A Dash of Drash – Distancing and Connecting – A Podcast for These Times is Episode 103
Next Weekly Edition: March 20th, 2020