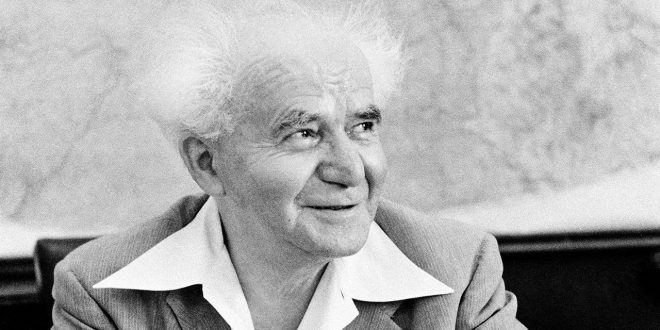 On Sunday, November 15, 2020, at 9:00 am Mountain Time, visit the Desert Home of David and Paula Ben-Gurion in Kibbutz Sde Boker in Ramat HaNegev, the sister city for both JEWISHcolorado and the City of Boulder. Ben-Gurion was the first prime minister of Israel, declared the independence of the State of Israel, established the I.D.F. and built the foundations of Israel and the connections between Israel and world Jewry.

This private tour will allow us to “hop over the ropes”, discuss Ben-Gurion’s vision of the Negev, and see exhibits otherwise not seen on regular tours, such as his gifts from overseas visitors, life with his wife Paula, and more. He and  Paula resided in the Desert Home from 1953, when he left his position as Prime Minister of Israel to live in the Negev, until his death in 1973.

At the heart of the Desert Home lays Ben-Gurion’s study and library.  The 5,000 books reflect the first Prime Minister’s fields of interest: Judaism and the Bible, philosophy, history, geography, and the IDF and defense strategies. In this room, Ben-Gurion wrote the books and articles that paralleled his political activity, including his memoirs that were written mainly with the hopes of inspiring Israel’s younger generation.

The Zoom link will be sent with your confirmation email.

Longtime Boulder resident and active participant in Boulder Hadassah. Our chapter strives to bring our members and associates programming to create community, advocate for women's rights, promote health and well-being around the world, support Hadassah hospitals in Israel, and provide information on issues of concern.
Previous Celebrate National Jewish Book Month in November with the Boulder JCC
Next L’Chaim – A Taste of Jewish Music from – Anatevka!