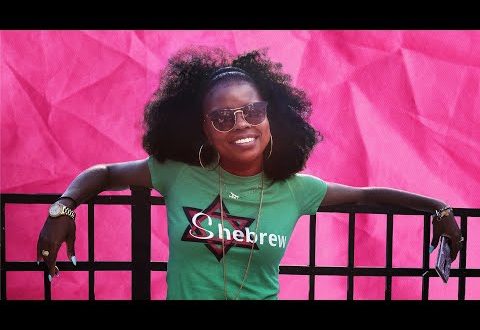 Join Tamar Manasseh, the African American rabbinical student who is leading the fight against senseless killings on the south side of Chicago, and Brad Rothschild, “They Ain’t Ready for Me” film maker in discussion with Todd Rockoff, Tucson J CEO/President.

This program is the second in the Amplifying Voices series, a series designed to explore the topic of race and bring together ideas of teshuva (recommitting to ways we can do better), personal growth, and reckoning. The series provides opportunities for reflection on race, religion, and identity, generating authentic and meaningful conversation so that we can learn to engage the world with sensitivity and compassion.

Tickets include a link to view the film, “They Ain’t Ready for Me,” in advance of the Sunday session.

This is a partnership program of the Boulder and Tucson JCCs.

About Tamar
Tamar Manasseh is a transformational figure and a community leader who is often sought out for commentary on stopping gun violence. The film, “They Ain’t Ready for Me,” shows how Tamar and MASK (Mothers Against Senseless Killings) are proving on a daily basis that something can be done to reduce gun violence when there is the will to do so. Recently, PBS NewsHour interviewed Tamar for a segment following a particularly violent weekend in Chicago involving numerous gun fatalities. She’s penned op-eds for the New York Times discussing the realities of Chicago inner-city. Tamar has a regular column in a leading Jewish media outlet, Forward, where she examines her faith and experience as an African-American Jew.

Previous L’Chaim – A Taste of Jewish Music from – Anatevka!
Next Thank You from JTree and The Nature Conservancy