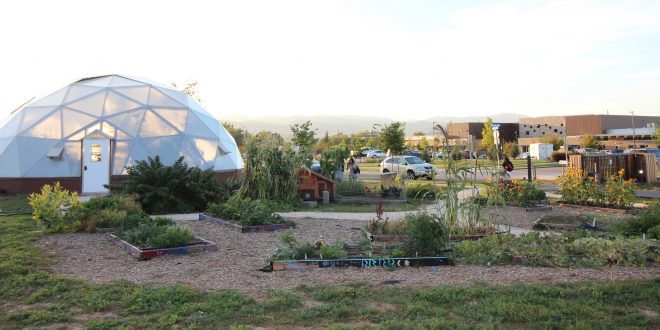 Milk and Honey Farm at the Boulder JCC

Milk and Honey Farm at the Boulder JCC is kicking off the 2019 Boulder Chefs Series with Mark Reinfeld, who will be teaching “Vegan Fusion World Cuisine” on January 28th. The Chefs Series at the J, presented by Dining Out Magazine, is an opportunity to cook side by side with your favorite Boulder Chefs. Mark Reinfeld’s reach is far, but he’s currently residing in Boulder and we get to tap his vegan expertise this Monday evening!

“The male equivalent to a vegan Rachael Ray—Mark Reinfeld’s recipes are flavorful and approachable and certainly have the same potential for mass appeal.”—Publishers Weekly

Mark Reinfeld is the 2017 Inductee into the Vegetarian Hall of Fame. He is a multi-award winning chef and author of eight books, including his most recent, “The Ultimate Age-Defying Plan.” His last book, “Healing the Vegan Way,” was selected as the #1 book for vegans in 2016. Mark has over 25 years of experience preparing creative vegan and raw cuisine. Since 2012, he has served as the Executive Chef for the North American Vegetarian Society’s Summerfest. He has offered consulting services for clients such as Google, Whole Foods, The Humane Society, Kroger, White Wave, Bon Appetit Management, Aramark, Sodexo, and more. Mark was the founding chef of The Blossoming Lotus Restaurant, voted “Best Restaurant on Kaua’i.”

His first cookbook, “Vegan Fusion World Cuisine,” has won nine national awards including “Best Vegetarian Cookbook in the USA.” Mark is the recipient of Vegan.com’s Recipe of the Year Award and Aspen Center for Integral Health’s Platinum Carrot Award. Through his Vegan Fusion company, he offers consulting services, vegan and raw cooking workshops, a plant based chef certification program, and chef trainings internationally. His two-part online culinary course, offered in conjunction with the Vegetarian Times, is available at veganfusion.com.

Kai Murga-Canales is the Director of Marketing and Communications at the Boulder JCC. Originally from Miami, Kai moved to Boulder from Atlanta, where he worked for the Jewish Federation of Greater Atlanta and Limmud Atlanta + Southeast.
Previous Holocaust Exhibit at BJCC Draws Over 2,000 Visitors
Next Theodore Chasnow and Ashton Levine B’nai Mitzvah