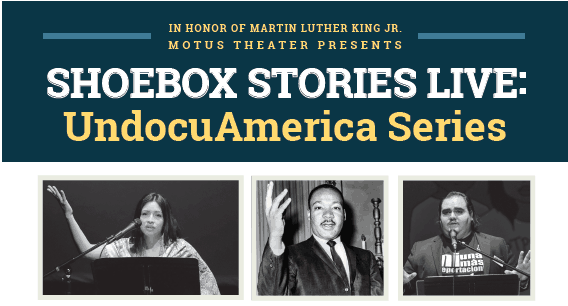 Shoebox Stories is a story-holding project where you stand in another person’s shoes by reading aloud their story, saying their words, and holding, for a moment, the weight that they carry. Motus Theater will celebrate and recognize Dr. Martin Luther King, Jr.’s fight for equality and civil rights this year by asking local leaders in Boulder County to stand in other people’s shoes.

Shoebox Stories pairs Motus’ undocumented monologists with prominent Boulderites from the Jewish community to amplify their stories and host a community conversation around immigration, the DACA + DREAMer programs and how, by standing in another’s shoes, we expand our understanding of what it means to be human. The readings will be followed by a conversation with the audience, led by Motus Artistic Director, Kirsten Wilson.

We are honored to present these readers on Tuesday, January 14. 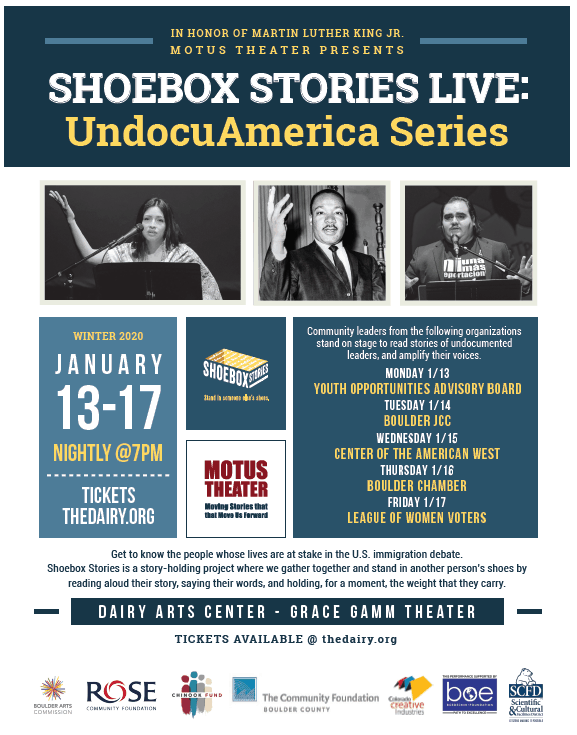 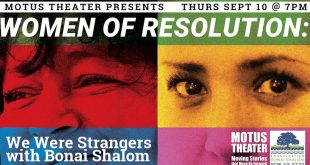 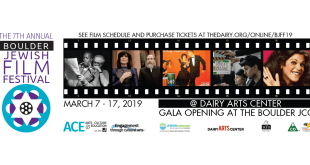