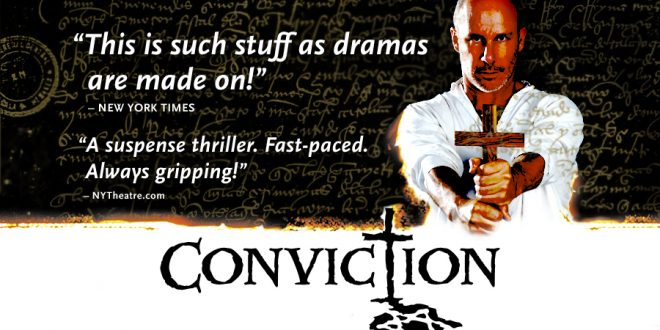 Staff May 16, 2019 Arts & Culture Comments Off on A Special Dramatic Performance of “Conviction” June 30

While every Society of Crypto-Judaic Studies conference offers a huge opportunity to gain new insight and understanding into the crypto-Judaic field of study, it also exposes attendees to the best in the arts exploring this powerful subject. This year will be no different. Launching the conference Sunday night, June 30, attendees will be moved by “Conviction,” a play in one act, adapted from a true story, starring one of Colorado’s most celebrated actors, Ami Dayan.

The Spanish Inquisition endorsed by the Catholic monarchs attempted to rid Spain of 500,000 Jews. Across Spain, they had grown in number, prosperity and influence, making them a political and economic threat to Ferdinand and Isabella. As a result, some 400,000 Jews abandoned their identity and converted rather than be burned.“Conviction,” as quoted in an earlier review, broaches this incendiary chapter of Jewish history as a “time-traveling mystery wrapped inside a love story.”

Translated from Hebrew and adapted by Ami Dayan, the play opens in Franco’s 1960s’ Madrid. Israeli professor Chaim Tal is being grilled by an Inquisitor, the director of the Spanish National Archives. Tal has been caught stealing a confidential file detailing the true story of a Catholic priest who, 500 years earlier, was caught living a double life. Father Andres married a Jewish woman and sired a family with her, all while carrying on his duties as a priest.

Why would the professor commit such a brazen crime? The answer becomes clear as we shift to another time and another inquisition, of sorts. Andres shares his secret past to an unseen and unheard fellow priest, within the safety of a Catholic confessional, thereby allowing Dayan to tell him, and us, the full story of Andres “fall from grace.” Dayan steps into nine roles with clarity and “conviction.”

Ami Dayan is a Boulder-based Israeli-American playwright, director, actor, and instructor who has studied and worked professionally in the United States, Europe and Israel. A two-time recipient of the America-Israel Cultural Foundation Grant, Ami’s work has been commissioned by The Denver Center Theatre Company, The Colorado Shakespeare Festival, and The Roe Green Foundation.

His play “The End” received the Westword Award for Best Original Script. His free adaptation of Nobel Prize Laureate Dario Fo’s “A Tale of a Tiger” has been performed worldwide since 1994, including a celebrated off-Broadway run, followed by a Helen Hayes Award Nomination for Outstanding Non-Residential Production. Numerous other off-Broadway credits highlight his career.

They call me "NewsHound IV," because I'm a clever Finnegan, sniffing out stories all over the Boulder area. I love Jewish holidays because the food is GREAT, especially the brisket. Well all the food. I was a rescue pup and glad to be on the scent!
Previous Rabbi Marc’s A Dash of Drash – The Space Beyond Words is Episode 94
Next RSVP Now for Boulder’s Lag B’BBQ 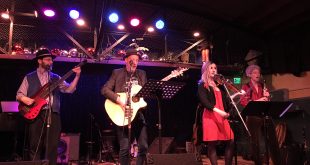 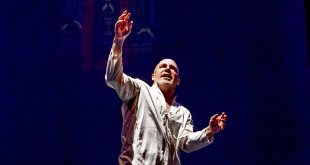