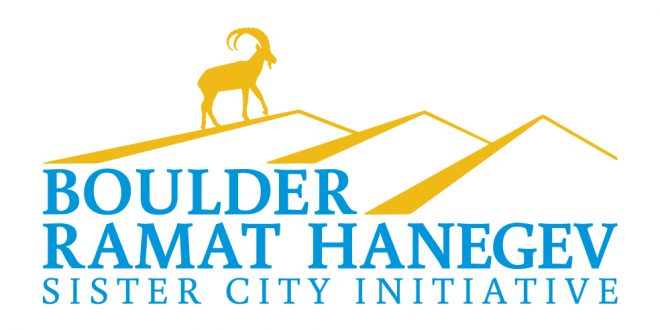 As opposition to this application has already been voiced with City Council, the chair of the Boulder-Ramat HaNegev Sister City Initiative, Tara Winer, is urging people to attend the August 23rd meeting and to e-mail City Council members (email: council@bouldercolorado.gov).

“This is a critical time in the Sister City application approval process.  I hope everyone can take the time to write an email to City Council in the next week and to come to the hearing on August 23rd!!.”

You can learn more about the Boulder – Ramat HaNegev Sister City Initiative at www.bouldernegev.org.  You can also learn more about the sister city application and the upcoming hearing by attending a Community Informational Meeting on August 13th at 7:00 pm at the Home of Tara & Robert Winer. Please email tara.winer@bouldernegev.org for the address.

Peter Ornstein is an environmental attorney and mediator living in Boulder, Colorado. Peter founded Sustainable Israeli-Palestinian Projects (SIPProjects.org), a nonprofit organization that engages Israeli and Palestinian communities to work to further common environmental and other interests, and to build meaningful connections between people in the United States and Israeli and Palestinian communities involved in these efforts. Peter is also on the board of the Boulder-Ramat HaNegev Sister City Initiative.
Previous August and September Events at Denver JCC
Next Weekly Edition: August 3rd, 2018