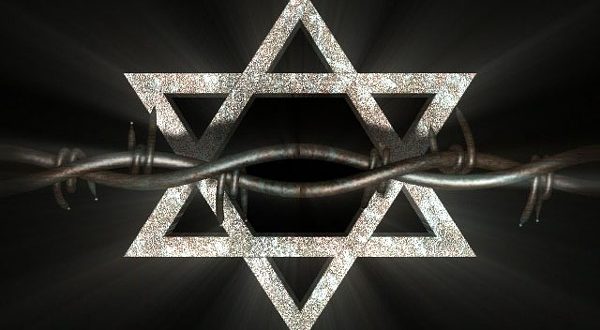 Hillel of Colorado, CU Chabad and several departments and programs at CU-Boulder are pleased to present a week of events commemorating the Holocaust. Community members are invited to join CU students and faculty as we explore different facets of those tragic years in the context of today’s world. There is no charge for any of the events.

On Tuesday, April 17th, CU Hillel will present “Escape from Room 18,” a new documentary film about John Daly, an ex-Neo Nazi, who escapes to Israel after his Neo-Nazi gang members try to murder him for being Jewish. Twenty-five years later, a skinhead friend finds John and suggests they visit concentration camps to make amends for their Neo-Nazi past. A light dinner will be provided prior to the one-hour film, and a moderated discussion will follow the film. Dinner will be served at 6:30 pm, and the film will start at 7 pm. CU Hillel is located at 2795 Colorado Avenue.

“The Meaning of the Holocaust Today,” a panel discussion, will be presented on Wednesday, April 18, from 6:30-7:45 pm in Hale 270 on the CU campus. What does memory of the Holocaust mean in an era when anti-Semitism is newly visible in Europe and the United States, as well as on the internet? What do the events surrounding Charlottesville signal about the resurgence of hatred and the far right? This panel of Holocaust scholars will explore these and related questions in a wide-ranging discussion of our relationship to the Holocaust — past and present. Panelists: Dr. Wendy Lower, Professor of History, Claremont McKenna College; Dr. David Shneer, Professor of Jewish Studies, Religious Studies, and History; Dr. Janet Jacobs, Professor of Women and Gender Studies. The panel will be moderated by Dr. Paul Shankman.

“Hitler’s Furies: German Women in the Nazi Killing Fields” is the Keynote Lecture for Holocaust Remembrance Week. This talk will take place at 5 p.m. on Thursday, April 19, in Hale 270 on the CU campus. The lecture will feature Dr. Wendy Lower, the author of the award-winning book of the same name. Dr. Lower is a Professor of History at Claremont McKenna College, and her lecture focuses on the roles that young German women played in the Holocaust. Contrary to popular opinion, these young women did not hold down the home front in Germany during the Holocaust. Instead, approximately 500,000 of them played an active part in the genocide of Jews in eastern Europe. Dr. Lower’s ground-breaking research has dramatically altered our view of the role of German women in the killing fields.