Today is November 9th, which is the anniversary of Kristallnacht, a dark day for the Jews of Germany. Next week I will be in Berlin, the epicenter of that awful night. Now I am sitting in the cafe the Galicia Museum in Krakow’s Jewish quarter, which tells the 1,000 year old tale of Jews in this land.  Once an unbelievably thriving centre of vibrant Jewish life with 3.3 million, a third of Poland’s population being Jewish. 90 per cent of them were killed in the horrific Nazi death machine of the holocaust.  It is estimated that without this genocide, there would be well over 12,000,000 Jews in Poland alone, which is about how many Jews are in the whole world today.

I was in Warsaw for two days where I saw the sites of the ghetto, its heroes and its villains and got a sense of the brutality of life imprisoned behind those walls while the Poles looked on and then the terrifying transfers from Umschlagplatz on to the trains to Treblinka.  On Wednesday I spent a few hours in Warsaw’s remarkable Polin Museum and its exhibit of the history of Jews here, before I got on a train.

On the train from Warsaw to Krakow is a reflection from that train.

Krakow is known for its revival of Jewish life with an enthusiastic nod to the lost culture and religion, almost to the point of fetish. I will write more about that after Shabbat as I am still working out my feelings about it all in the light of yesterday at Auschwitz-Birkenau. I was so lucky to get connected to a guide who took me in before it was open to the public – over 2 million people visit every year.  It is the most intensely painful place I have been. I spent most of my time there in Auschwitz II – Birkenau, which is 2km from Auschwitz I.

Irene Rosenschein, a survivor, known and beloved to so many of us, who died in May, was there for several horrific months.  I sat for well over an hour in the ruins of Block 19 of C Lager where she and sisters were before escaping to Block 17 less than an hour before all of Block 19 were taken to the gas chambers.  I cried, prayed, said psalms, meditated and wrote.

Afterwards, my new friend Lukasz who drove me from Krakow took me to the town of Ozwizim, minutes from that hell and we went to the old cemetery there and saw the old synagogue and museum before heading back to Krakow. There is still so much to process and understand.

Now it is very close to Shabbat here and I will be going to the ancient synagogue of the Rema, Moshe Isserles, before joining another Shabbat service and a dinner at the Krakow JCC, where Jewish life is somehow renewing itself from these ashes.

As we are still reeling from the horrors of Pittsburgh on this anniversary of Kristallnacht, and now another terrible shooting in California, may those of us who are connected to Jewish communities and to the great gift of Shabbat, not take these for granted as we celebrate the preciousness of Jewish life and Jewish practice that was nearly eliminated from the world.

We have started the month of Kislev that brings Hanukkah to the world!

Blessings of light and peace.

Marc is a native of London, England where he was an actor and practitioner of complimentary medicine before training as a rabbi in London, Jerusalem and Los Angeles. He was ordained at the Ziegler School of Rabbinical Studies at the American Jewish University in 2004 and has been the the spiritual leader at Bonai Shalom in Boulder ever since. Marc was a close student of Rabbi Zalman Schechter Shalomi and received an additional smicha (rabbinic ordination) from him in 2014, just two months before he died. He has been the host and narrator of two documentary films shown on PBS; A Fire in the Forest: In Search of the Baal Shem Tov and Treasure under the Bridge: Pilgrimage to the Hasidic Masters of Ukraine. Marc is a graduate of the Institute of Jewish Spirituality, a fellow of Rabbis Without Borders, has traveled to Ghana in a rabbinic delegation with American Jewish World Service and co-chair of the Rabbinical Council and national board member of Hazon, which strives to create more sustainable Jewish communities. In 2015, Marc was among a group of 12 faith leaders honored at The White House as “Champions of Change” for work on the climate. Marc is a proud member of Beit Izim, Boulder’s Jewish goat milking co-op.
Previous Why?
Next Bob Perlow Warmed Up the Reel Hope Boulder Crowd 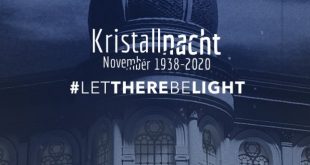 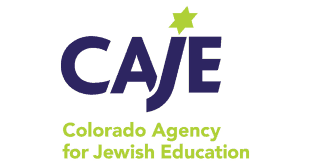