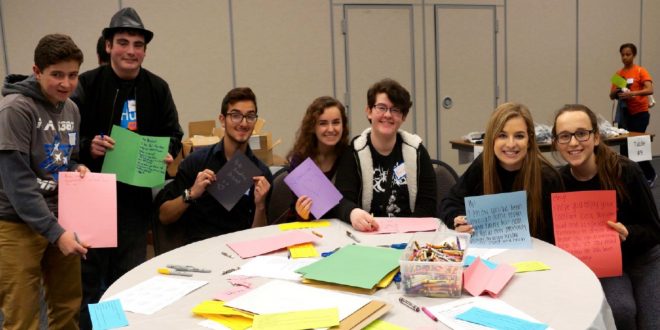 Denver, CO — The multi-faceted Denver/Boulder Jewish Teen Education and Engagement Initiative (Initiative) is involving more teens in Jewish life, offering them new programs they find relevant, and helping them develop leadership skills—says a new evaluation on the Initiative released today. The Initiative, funded by Rose Community Foundation, with additional funding from the Jim Joseph Foundation and other donors, supports the expansion of innovative teen-focused organizations in the Denver/Boulder area. Rose Community Foundation made a $1.08 million grant, which was matched by a $1.08 million investment from the Jim Joseph Foundation to help the initiative reach sustainability and to add an UpStart Hub in Denver/Boulder focus on professional development for youth professionals and other offerings supporting innovation in the local Jewish ecosystem.

“Because of our investments in innovation, Denver/Boulder has an even richer ecosystem of Jewish teen programs that tap into the many different interests and ambitions of teens today,” says Lisa Farber Miller, Senior Program Officer of Jewish Life at Rose Community Foundation (RCF). “It is also exciting to see the evolution in our community and the ways organizations are communicating and collaborating with each other—all so Jewish teens can choose from a range of meaningful experiences and all professionals working with teens have the opportunity to grow and learn together.”

The Initiative was one of the early grantees of the Jewish Teen Education and Engagement Funder Collaborative, a collaboration of national and local funders working together to develop, nurture, and scale new approaches to teen engagement. RCF designed the Denver/Boulder Initiative, which in turn supports the Boulder Jewish Teen Initiative; Jewish Student Connection; Moving Traditions; and PresenTense Colorado: A Program of UpStart. The newest addition to the Initiative is the launch of an UpStart Hub in Denver/Boulder, which will help lead existing efforts dedicated to the teen professionals’ network and professional development. These efforts were previously led by jHub, which is sun-setting now that the Initiative is in its fourth year. Denver/Boulder will be UpStart’s fifth regional hub, part of its network of programming in dozens of communities across the country. Its expertise in developing and supporting innovators, offering professional development and coaching, and its overall user-centered approach will be accessible to teen professionals and numerous other professionals and Jewish organizations engaged in innovation.

“With UpStart in Denver/Boulder, teens and teen professionals will work with one of the leading national innovators in the Jewish community,” adds Farber Miller. “This is an important addition to our community and will help us build on the positive outcomes seen over the last four years.”

The evaluation conducted by Informing Change shows that:

Adds Farber Miller, “Our goal in this next phase of work is to continue to help the greater Denver/ Boulder area make Jewish life relevant and meaningful to young people both now and later in their lives. Teens will continue to serve as active partners together with theirpeers, adults, and community leaders in shaping their own Jewish journeys.  We hope that throughout their lives, every Jewish teen in the Denver/Boulder Jewish communities can answer the question: ‘How can my Judaism inform, inspire and advance the good I seek to do in the world?’”

“The Denver/Boulder landscape is an innovative environment filled with wide-ranging opportunities for teens,” adds Jeff Tiell, Program Officer at the Jim Joseph Foundation. “There’s no single formula for effective teen engagement, but programs that give space for teens to create, learn, and connect with peers are known to be attractive to them. This Initiative builds on these best practices and offers important professional development for those who help create meaningful Jewish learning experiences for teens.”

They call me "NewsHound IV," because I'm a clever Finnegan, sniffing out stories all over the Boulder area. I love Jewish holidays because the food is GREAT, especially the brisket. Well all the food. I was a rescue pup and glad to be on the scent!
Previous Four Friendly Visitor Volunteers Needed
Next New Study To Capture Insights and Data on Jewish Life, People in Metro Denver-Boulder