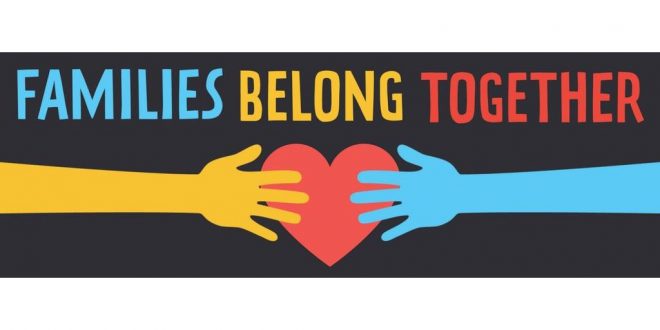 Boulder’s Mayor Suzanne Jones let the organizers know that she plans to attend Saturday’s Rally for Family Unity event at the Unitarian Universalist Church at 5001 Pennsylvania Ave, Boulder, Colorado 80303.  The event, also adopted by Wednesday’s Moral Minyan organizers, will officially begin at 10:00 this Saturday, June 30, 2018.  Those who would like the opportunity to participate in a brief morning service to allow those in mourning or observing a yahrtzheit to say kaddish on Shabbat are advised to arrive “a little early.”

From Michael Jacobs, one of the Rally organizers:

“Last week was full of shocking and heartbreaking stories: Kids torn from breastfeeding moms; Leaked audio of cries and shrieks from terrified children; Images of kids in cages; Reports of children being injected with antipsychotic drugs against their will. All during a week when the Trump administration withdrew from the United Nations Human Rights Council.

“In the face of this horror, members of the Boulder community and many others stood tall and said, ‘We have to be better than this.’ So when Representative Pramila Jayapal announced on Monday night that she was working with MoveOn, the National Domestic Workers Alliance, and other partners on a massive mobilization on June 30, MoveOn members like myself felt motivated to join the cause. More than 150,000 people signed up for more than 400 events within the first 36 hours.

“My main goal for this specific Boulder rally is to stress the importance of love. Behind the politics are real human lives. They are more than just a face on a screen. These people each have their own story, their own struggle. I’ve found more often than not immigrants and refugees are just normal people seeking a normal life. It is easy for some to forget compassion since these people come from very different origins. However it is my mission to remind the world that we love different. Especially here in Boulder, where the city welcomes people of any background. When we rally in strength this coming Saturday, we will show the world what it TRULY means to be an American.

“We will be rallying at the Unitarian Universalist Church starting at 10 am. Parking will be on the streets surrounding the church so the later you arrive the harder it will be to find a spot! Be sure to bring some water, sun protection, your best signs and slogans for chants, and a positive attitude. After about 45 minutes of speeches we will have an optional walk out to the corner of Baseline and Foothills parkway so that the people of the city may see our beautiful signs. If you can, try to carpool.”

They call me "NewsHound IV," because I'm a clever Finnegan, sniffing out stories all over the Boulder area. I love Jewish holidays because the food is GREAT, especially the brisket. Well all the food. I was a rescue pup and glad to be on the scent!
Previous White Supremacist Propaganda on College Campuses Rises 77% Over Past 9 Months: ADL Report
Next Weekly Edition: July 6th, 2018