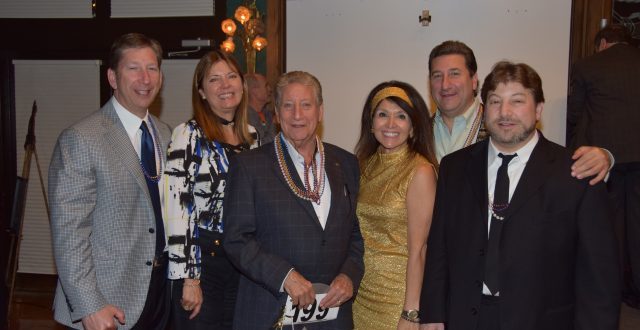 May 8, 2017 – Boulder, CO – The family of Barbara Tobor Margolis has made a unique and generous gift in her memory to Congregation Har HaShem to support the operations of the congregation that she helped found. The $1 million donation given by her husband, Don, and children, Jeff and Debbie, Scott and Michele, and Gary, is the largest single gift in Har HaShem’s history and, in appreciation, the congregation will name its campus in honor of the Margolis family.

Barbara and Don Margolis came to Boulder in 1965 before there was an organized Jewish community, and have been pillars of Har HaShem since the founding of the congregation.  “They literally helped build Har HaShem — laying bricks and walls with their own hands and co-signing the mortgage — as a Jewish home for themselves and their families, and this gift helps secure that home for future generations,” said Ira Greschler, President of Congregation Har HaShem.

Don Margolis said that his wife, Barbara, served on the Search Committee that brought Rabbi Fred Greene to the congregation in 2015 and she was enthusiastic about his arrival and the promise for the future of Har Hashem.

“We make this gift not only to support the congregation, but to set an example of tzedakah and commitment to community,” Don said.  “We loved building Har HaShem into the community it is today, and I hope others will continue building it well into the future.“

Congregation Har HaShem is thriving — 45 new member households have joined in just the last year; the youth group is the region’s largest; and more than 300 families inscribed letters during a year-long Torah writing campaign that culminated in January.  “We are inspired by the energy and passion of our founders, including the Margolis family, and by their boundless enthusiasm for Har HaShem’s present and and their generous commitment to our future,” says Rabbi Fred Greene.

Congregation Har HaShem is a Reform Jewish synagogue that welcomes congregants from all backgrounds including interfaith, seniors, singles, LGBTQ, and families.  Since its founding in 1965, Har HaShem has grown to be a major institution in Boulder, supporting local initiatives and serving as a gateway to deeper religious and civic engagement in the community and beyond.  For more information about Congregation Har HaShem, please call 303-499-7077.

They call me "NewsHound IV," because I'm a clever Finnegan, sniffing out stories all over the Boulder area. I love Jewish holidays because the food is GREAT, especially the brisket. Well all the food. I was a rescue pup and glad to be on the scent!
Previous BJF Announces Fun Run Logo Finalists
Next Torah Study Class Open to All Jewish Women