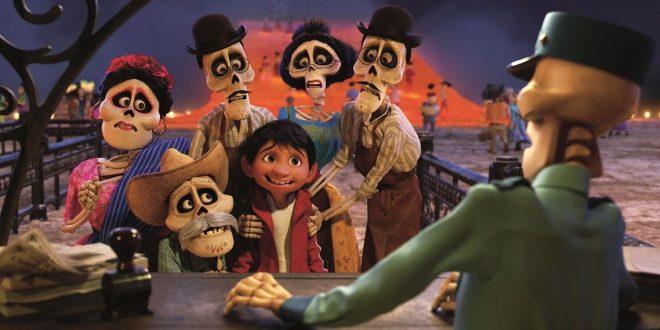 Coco and Jewish Perspectives on Life and Beyond

Morah Yehudis Fishman December 4, 2017 Guests and Blogs Comments Off on Coco and Jewish Perspectives on Life and Beyond

Honor your parents, follow your destiny, remember your ancestors, cherish honesty…prime Jewish values? Indeed, these are some of the main themes in the upcoming Joseph story throughout the final Torah portions of the book of Genesis. In these portions, which include multiple references to dreams, the borders between life and death are not so impenetrable.

Joseph, mistrusted or even hated by his brothers, is literally, ‘sold up- or down- the creek’ to end up in Egypt. One striking episode is when Joseph is confronted by temptation by the wife of Potiphar his master, but instead flees when he sees a vision of his father. What is his father doing miles away in Canaan? He is in a kind of awake but comatose state though he consciously feels his beloved son has died. However Jacob’s last words are ‘I will go down to my son in Hell, or the grave!’ So indeed he does and appears out of nowhere to rescue Joseph. And through much of his life, what seems to be tragedy for Joseph ends up on a path of self-discovery and aid to the same brothers who once rejected him.

Is this story confined to Torah? Guess what! A contemporary smash hit movie, Coco, also highlights many of these themes as expressed through Mexican culture.

Why is it important to point out such parallels? When the generation of the Tower of Babel was dispersed, this allowed for Abraham to come on the scene. Before that, it would have been nearly impossible for an individual to challenge the existing monolithic cultural norm. Similarly in our times, Coco can help restore the beauty and profundity of ethnic traditions, as well as the universal and archetypal concepts that are rooted in Torah.

Judaism does not have a ‘Dia de Muertos’-‘Day of the Dead’- per se, and unlike Mother’s Day or Thanksgiving, not every day need be called the ‘Day of the Dead.’ (Although we do read in Ethics of the Fathers, ‘Return one day before you die.’) However, an interesting link with Coco is the feature song ‘Remember Me.’ One line in the song: ‘For even if I’m far away I hold you in my heart. I sing a secret song to you each night we are apart.’

For me this line is especially poignant because my father died when I was ten and I composed a lullaby that I sang at my elementary school graduation- the day that happened to be the funeral of my father, who happened to be deaf! A line in my song was- ‘I love you with all my heart and I hope we’ll never part.’ Later in life my friends told me that my father must have put those words in my mouth, -and heart- before he left this world. As I sang to him, so he sang to me. We remembered each other based on the deeper meaning of the word: re-member, to connect the parts back to the whole.

Jews do have a memorial prayer called Yizkor which is recited at the end of holidays, especially on Yom Kippur, the Day of Atonement, a day which some sages call ‘a rehearsal for death.’

Though there is no music on Yom Kippur, aside from all day prayers, I think the close proximity to the very musical nature of Sukkot, provides a link between the day of ‘rehearsal for death’ with the joy and optimism of Sukkot and Simchat Torah. In Judaism, as in many aspects of Coco, death is considered not only NOT final, but it is an extension and even enrichment of life itself. There is a mystical teaching that souls are always singing. If they don’t need the instrument of the body to sing, that means, rather like angels, their music exists beyond the physical plane.
With proper attunement, the music can resonate through many worlds, as well as into our hearts.

Our festivals are meant to recall, and even recreate our ability to transcend the boundaries of the physical world. Therefore on these holy days, it is so very appropriate from a Jewish perspective to say a prayer of remembrance. Furthermore, there is a custom to pledge a charitable donation when saying Yizkor. This custom helps us bring merit to the souls of our loved ones and also connects with them in a way that stimulates their blessing and assistance
to us even more powerfully than they may have provided when they were alive! As the Talmud states, ‘If not for the prayers of the departed on behalf of the living, we could not continue to exist.’ And it is our prayers and good deeds for the departed that provide them with a chance for spiritual merit in a way that they can no longer achieve on their own, when they leave their physical form.

A tour de force of the song ‘Remember Me’ is, as a Forbes review points out, that it is sung throughout various contexts of the film- from excitement, in dance, to soulful, bittersweet, and tearful. Memories do evoke such a cornucopia of emotions. Without giving away the plot, the Forbes reviewer contends, ‘life’ is at the heart of all things in Coco…’The film’s underlying messages all come back to embracing life while we live it, and embracing those in our lives while we have them, and always remembering them so that even when they’ve left us, they still live on in our hearts.’

As Rabbi Tzvi Freeman, a senior editor on Chabad.org put it: ‘With the memory of your parents, you break through the barrier between the physical world in which you dwell, and the spiritual one to which they have ascended. As you connect to them through your memory of them in this world, so do they connect to you by remembering you from their world.’

Many sages find it interesting that the two Torah portions named with the word ‘life’ contain events that occur after the death of our ancestors…’Chayei Sarah, the Life of Sarah,’ and ‘Vayechi Yaacov, and Jacob lived.’ Aside from the message that the impact of their lives was felt way beyond their physical termination, there is a reason the patriarchs and matriarchs are called Avot and Imahot- fathers and mothers. As expressed in Coco, they continue to interact with us in surprising and powerful ways. The living matriarch Coco is unable to speak, yet she is the central figure of the film. Coco herself may be said to represent what in the book of Prophets is called, ‘kol demama daka,’ the ‘sound of subtle silence.’ She contains the secret of the family identity, a secret that will help resolve the tension between the yearning of the boy Miguel’s soul, and his family’s counter agenda.

In Genesis, Jacob falls asleep and dreams of a ladder where angels ascend and descend. There is so much in this dream. The Talmud relates that sleep is 1/60th of death and dreams are 1/60th of prophecy. In both dreams and death, the body and soul are no longer tightly entangled. The soul is then free to move between other realms of existence. But even in a truly awakened state, are we not also free to dream of other worlds, and to thereby re-member and connect with those who inhabit other worlds? All it takes is to really remember in the most profound
and soulful sense. Then it can happen that one moment of the present may actually contain the past and the future, and even bring us in touch with the One who exists beyond time and space- the One who is continually re-membering and re-creating our world and our potential to re-unite to everything good.

If you would like to hear more about Jewish perspectives of the afterlife, and the interconnections between this life and beyond, please consider attending a talk I am giving on this subject at the JCC on Wednesday December 20th at 2:00 pm.

I have been teaching Torah and Chassidic writings for over forty years to students of all ages and backgrounds, both on the East Coast and the Midwest. I have been a director of several Jewish organizations in Santa Fe and Colorado. My articles and poetry on a wide variety of Jewish topics have been printed in many publications, and also are available online.
Previous Celebrate SIPP in December
Next Annual Lighting of Boulder County’s Largest Menorah on Pearl Street Mall on Night 2 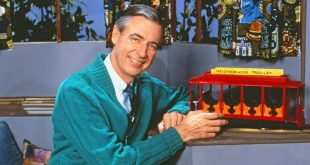