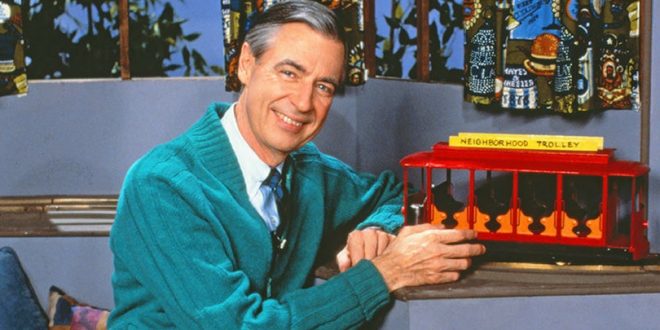 This year, 2018, is fifty years since the passing of my mother. 1968 was also the year Fred Rogers began his famed TV series. I recently saw his very favorably reviewed biopic, ‘Won’t You Be My Neighbor.’ I loved the film and felt terrible at the same time.

I am embarrassed to confess when I first saw Mr. Rogers in my younger years, I felt rather nauseated. He seemed to me sappy, unctuous, corny, and a list of other scorned traits that some of his detractors used. Character development in those days felt secondary to my personal growth which was more about acquiring knowledge than anything else. So, watching this well received film, provided not only a portrait of an amazingly dedicated person, but also a gut wrenching expose of my earlier personal flaws. I recall a time in elementary school when I stood behind someone who was a nice person, but consistently got lower grades than me. I kept thinking, -though I was too polite, or fearful, to say anything- how much I would hate to be that other kid. My personal perceived superiority was all that mattered. If I were sitting in Mr. Rogers’ studio, he would have given me a gentle lecture about how unique and special everyone is.

This three week period that the Jewish people are now commemorating is the Achilles heel of our calendar. It is a time where numerous calamities happened in our history. The earliest Torah bookend events of these three weeks were the sins of the Golden Calf and accepting the negative report of the spies. The climactic event in later history was the destruction of both Temples in Jerusalem on the same calendar day, the ninth of this upcoming month, Menachem Av. The rabbis have various opinions as to why the Temples were destroyed. Among the various transgressions cited is a rather strange one: ‘the people did not say a blessing before reading or studying Torah.’ This might seem very insignificant compared to the enormity of the consequences. Some of the Hassidic masters try to elaborate by explaining that the people were treating the Torah as an intellectual exercise rather than a divine guide to life. Their minds did not migrate to their hearts and actions.

In a similar vein, the sages treat the teaching of Torah, not as an occupation or even a career, but rather as a calling. After the three weeks conclude we will read the Torah portion which contains not only the Ten Commandments but also our most important prayer of Shema. In it we are told, ‘V’shinantam L’vanecha V’dibarta Bam,’ = ‘you should teach them to your children and you should speak in them.’ Rashi explains that children also means students. The implication is that one’s Torah students should be given the same attention and investment as people should have for their children.

Mr. Rogers reflected that same care and deep, genuine love. His now well-known words were not just a mantra. Like the sages in Pirkei Avot, Ethics of the Fathers, his words and his life were aligned. Here are just a few outstanding images: One is in the opening scene where, while he plays the piano, he explains that communication with children is like modulation in music; some keys are easier and others are trickier to elicit. So too with feelings. Even painful emotions are part of the human condition and children should learn to recognize and express them.

In retrospect, I’m sure I could have benefited from knowing someone like Mr. Rogers in my childhood. My father passed away when I was eleven and even before he died, I could hardly communicate with him, since he was deaf and didn’t know sign language. Only when I was way into my teaching career, did I come across the ‘emoji’ signs that related facial expressions to feelings I had never even heard about.

My mother was able to speak, in spite of her Cerebral Palsy, but I don’t recall ever talking to her about emotions. So I must have repressed traits such as jealousy and anger without naming or facing them.

In Jewish history, could such childhood repressed or frustrated emotions have led to national destruction and exile? Indeed the sages tell us that even after 2000 years, the sin of ‘sinat chinam’ causeless, or unjustified and unresolved hatred is still widespread. The most blatant results of such hatred continuing in our times may be rampant acts of aggression and violence committed by people. Mr. Rogers pointed out two major causes of hateful acting out, both stemming from childhood experiences: The external one is the proliferation of unrelenting violence in the media, from youth onward. The internal cause is a lack of adult guidance in recognizing and managing feelings. The words of Mr. Rogers’ most famous song, were the ones in part, ‘What do you do with the mad you feel when you feel so mad you can bite?’ These words elicited $20 million dollars for children’s public education television. The response came from Senator John Pastore in congress. In the senator’s own words: ‘I’m supposed to be a pretty tough guy, and this is the first time I’ve had goosebumps in the last two days’…

I too had goosebumps as I recalled a personal childhood incident. What indeed did I do with the mad that pushed me to bite? When I was about ten years old, I was on a playground on a very hot summer day in Boston. I was standing in line waiting to get a drink at an outdoor water bubbler, when another girl pushed her way in front of me. I was so angry that I grabbed her by the hair and actually bit her scalp! I must have felt both horrified and relieved by my response. I don’t recall anyone discussing it with me and nothing serious came about from it. Years later I was reading about a similar incident. There however, was a teacher or counselor who went over to the girl pushed from her place and didn’t react aggressively. The adult said to the girl who just stood there: ‘You know, you could have made a different choice and acted aggressively but you chose not to’. As Mr. Rogers would have said, ‘you can stop when you want to….and what a good feeling to feel like this’…I don’t recall anyone saying something like that to me, throughout tough times in my youth. I was known as a nice, quiet kid but no one, including me, understood and named the turbulence that often raged inside of me. Thank G-d my connection with Torah helped me to cope with some of those seething emotions. And when I came across Hassidic stories of the Baal Shem Tov and his disciples, they were like a balm for my soul.

I now see Mr. Rogers as a kind of modern day Baal Shem Tov. There are so many parallels between their messages. When in the film, Mr. Rogers actually used the Hebrew term, ‘Tikkun Olam’, which means repairing or improving the world, I was blown away! I saw that his perspective and vision was not just to help a few individuals but to enlist all his manifold resources and talents to bring humanity to a better place. Though he didn’t speak explicitly about G-d, knowing he was an ordained minister, gives us a sense of his deepest values. Here are just a few sayings that could have been articulated both by Mr. Rogers and the Baal Shem Tov:

Mr. Rogers used stories and puppets to convey his messages and values. The Baal Shem Tov used many parables to express his teachings. Both succeeded in transmitting eternal principles through very down to earth methods to all levels of adults and children.

As we come to the end of this year’s Torah reading from the book of Bemidbar, the book of Numbers, the book that most closely reflects our life’s journeys, there is a rabbinic custom to find a connection between the beginning and the end of each book. The Lubavitcher Rebbe taught that both the opening and the closing of this book refer to children. The first portion opens with a reference to the desert of Sinai. This portion is almost always read before Shavuot, with its focus on the revelation and the Ten Commandments. The Midrash presents a demand from G-d to the Israelites for a security that the Torah will be treated well. One by one, the nation offers its greatest heroes as security, only to be rejected. Finally the people say, ‘our children will be our security.’ G-d accepts!

At the end of the book of Numbers, we are told that the Israelites camped ‘in the plains of Moab, near the Jordan River, at Jericho.’ The Rebbe pointed out that the words ‘Arvot Moav, the plains of Moab’ can actually refer to the security (another meaning of Arvot) of the parents (Mo-av, meaning from the father.) Thus the bookends of this fourth tome of Torah are all about the responsibility and privilege of adults, especially parents, making sure that their children receive not just an intellectual education, but perhaps even more importantly, an education of the heart.

My mother’s yahrzeit, Tammuz 23, is also the yahrzeit of a famous Kabbalist, Rabbi Moshe Cordovero. One of his more accessible works is called Tomer Devorah, the palm tree of the prophetess Deborah. In it he gives examples of how to implement the 13 attributes of divine mercy, on a human level. When discussing the last trait of maintaining the promise of compassion from days of yore, the Rabbi enjoins us to view even those we may strongly dislike, as if they were innocent and pure infants. That image can wash over our negative responses. I think both the Baal Shem Tov and Fred Rogers were capable of holding that vision.

Maybe both of them are currently attending a heavenly neighborhood symposium on the future of humanity and listening to a contemporary Jewish melody….’It’s gonna be the little Kinderlach (Yiddish for children) the little, little kinderlach who bring Mashiach down’…….

I have been teaching Torah and Chassidic writings for over forty years to students of all ages and backgrounds, both on the East Coast and the Midwest. I have been a director of several Jewish organizations in Santa Fe and Colorado. My articles and poetry on a wide variety of Jewish topics have been printed in many publications, and also are available online.
Previous Rabbi Marc’s A Dash of Drash – Refugee Journeys Past and Present – Episode 72
Next Congregation Har HaShem and Bridge House Partner to Address Boulder’s Affordable Housing Crisis 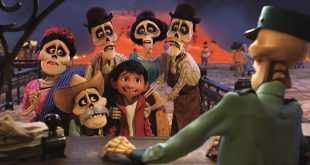 Coco and Jewish Perspectives on Life and Beyond