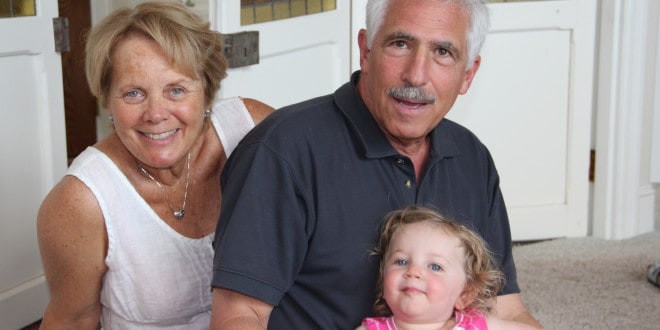 Ardee Imerman Just Wanted Her Kids to Enjoy Being Jewish Although she is personally responsible for many major developments and ground-breaking initiatives that have enhanced the Jewish community, Ardee Imerman is the first to admit she is not the “visionary” some might credit her with being.

“I never set out with the idea that we are going change the face of Boulder,” she modestly recalls. “In fact, you wake up one day at 68 and wonder how did this happen?”

“For me, it’s like, wow! Who knew? I wasn’t thinking about the future of the Boulder Jewish community. We just started a preschool because we needed one. Later, Jackie Wong and I were sitting at a meeting and complaining about having to take our kids to Denver for Hebrew High, so we decided we should have one in Boulder.

“All I wanted was to make sure that my children were enjoying being Jewish,” she adds. “I didn’t realize it, but now I look back and see that since we took that first step and opened the pre-school, every step has changed people’s lives. Every day the preschool changes the life of some family. Looking back, opening the preschool was the defining moment in Jewish life in Boulder. I just didn’t think about it at the time.”

As a longtime realtor in Boulder, Ardee says she meets Jewish families from all over the country. In fact, Ardee met Kate and Corey Litwin – being honored at Reflections as Rising Stars – when they were looking for a home in Boulder.

“Whether they come from large Jewish communities or small towns, to a person they are overwhelmed. They are dumbfounded when I tell them about the community, how many rabbis we have. It’s not just the preschool – it’s across the community: Menorah and the film festival, Har HaShem, the Program in Jewish Studies at CU, and now, Women of the J. We are known as one of the greatest Jewish communities,” Ardee says. “People want to live here. It’s very rewarding.”

Ardee, who is being honored at Reflections for her lifetime of volunteer work, arrived in Boulder in 1977. She joined Congregation Har HaShem and has been an active member there ever since, chairing committees and serving on the Board of Trustees. Ardee is a Life Member of Hadassah, has served on the Boards of the Anti-Defamation League (ADL), and Allied Jewish Federation (now JEWISHcolorado). She has volunteered with Boulder Action for Soviet Jewry (BASJ), Hospice of Boulder County/TRU, Boulder Valley Schools, and is currently a member of Jewish Family Service Advisory Committee.

Ardee is proud to be the mother of Peri and Emily, mother-in-law of Jonathan, and Nana to Jonah and Elliot. Emily was in the first graduating class at the preschool and Peri graduated 3 years later. Jonah will be the first 2nd generation child to graduate from the Boulder JCC Preschool.

“Thirty-one years ago I agreed to attend a meeting and the next thing you know, we’ve built a community,” she looks back with pride. “Now, we’re building a fabulous new JCC! It is just so rewarding.”

In case you missed it, check out the previous stories about Bright Stars Julie and Bruce Shaffer and Rising Stars Kate and Corey Litwin.  Stay tuned for an upcoming article on our other Volunteer Star, Summer Lenderman.

Kathryn has spent her professional life writing about, teaching, and presenting the arts. Founding Director of the Boulder Jewish Film Festival, Kathryn was Director of Menorah and ACE at the Boulder JCC from 2003 through August, 2019. The former film and theater critic for the Boulder Daily Camera, Kathryn is the author of "The Fifty Greatest Jewish Movies" and "The Fifty Funniest Films of All Time." kathryn.bernheimer@gmail.com
Previous Bonai Shalom Welcomes E.J. Cohen During JDAIM
Next Teens: Jewsday and Coloring Book Sesh