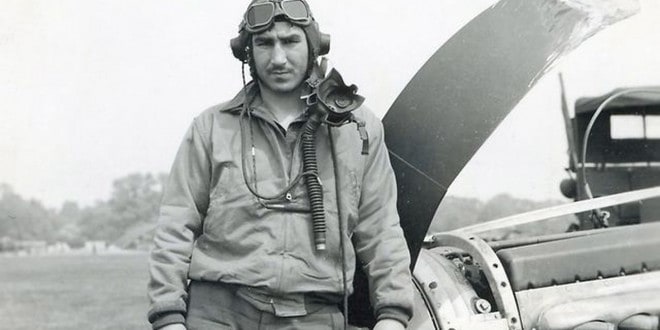 “Above and Beyond” – a documentary of 11 Jewish American pilots including Boulder’s George Lichter’s who flew and trained pilots for Israel’s war of independence in 1948 – comes to the big screen for one night only at the AMC Theater at Westminster’s Promenade on Thursday July 16th at 7 pm.

Jon and Michael Lichter children of George Lichter will host a question and answer session following the movie. Their father passed away in 2013 at age 92.

The movie is being presented by Chabad of NW Metro Denver and sponsored by Bath and Granite 4 Less. Admission is $10 adult and $7 child. Admission includes light refreshments.  (After July 10th adult $15, child $10)

WOULD YOU RISK EVERYTHING – YOUR FUTURE, YOUR CITIZENSHIP, EVEN YOUR LIFE TO HELP A BROTHER IN NEED?
In 1948, just three years after the liberation of Nazi death camps, a group of Jewish American pilots answered a call for help. In secret and at great personal risk, they smuggled planes out of the U.S., trained behind the Iron Curtain in Czechoslovakia and flew for Israel  in its War of Independence. As members of Machal – “volunteers from abroad” – this ragtag band of brothers not only turned the tide of the war; they also embarked on personal journeys of discovery  and renewed Jewish pride.

The former U.S. Army Air Force pilot flew 88 missions over Europe in World War II. After Lichter volunteered for Israel, he was singled out for his expertise as a flight instructor and trained the first wave of Israeli pilots. He became Israel’s chief flight instructor. “I really did get a lot of satisfaction training those pilots,” Lichter says. “That was the beginning of the Israeli Air Force.” Lichter passed away in Boulder, Colorado in 2013at the age of 92.

Benjy Brackman is the Rabbi/Executive Director of Chabad of NW Metro Denver in Westminster, Colorado.
Previous Nation’s First “No Nukes for Iran” Rally Held in Denver
Next Week in Review: July 3rd, 2015