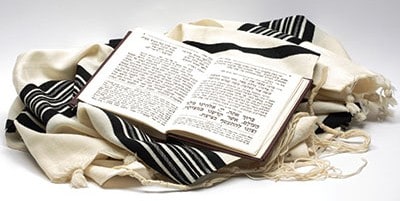 Only You: A Poem to Deepen Your Prayer Experience

Henry Rasof z"l March 20, 2015 Jewish Life Comments Off on Only You: A Poem to Deepen Your Prayer Experience Only You could have created
The heavens and the earth

Sprinkled seeds
That turned into prairies and forests

Placed an earth
Between two waters

Made an animal kingdom
From mite to whale

Infused it all
With the capacity to nourish

Man and woman
With the capacity to love

No god could have
Done this in the way You did

There is no God
But You come closest

In the mystery
You spin through

Each grain of sand
Each galaxy

Every thing that breathes
That looks alive but isn’t

Some may have asked
Why You did it

No one understands how
We sort of know when

Were there previous worlds
Will there be subsequent ones

Is there another God
Or god somewhere else

Or are You the only one
Is there no God but You?

This Jewish liturgical poem (or piyyut) is a zulat (“besides,” “except,” “other than”) that is part of the kriyat shema of the shabbat morning service. It could precede (my preference but not Elbogen’s–see below) or follow the sentence “There is no God but [besides, except, other than] You” (“Ayn Elohim zulatecha”) in the second long paragraph after the biblical passages. According to T. Carmi, poet, scholar, and editor of The Penguin Book of Hebrew Verse, “the zulat…is the second most important component of the [yotzer] sequence” (pp. 54-55).

If you write a zulat of your own and want to get fancier, read what Carmi has to say about this type of poem (p. 55 of his anthology).

If you are going to buy just one collection of Jewish poems, this is the book to buy (it has the Hebrew along with prose translations that are better than most verse ones). Take it, along with your Chumash and a good bottle of wine, to that desert island.

Two other books in English that discuss piyyutim (along with the liturgy in general) are A.Z. Idlesohn, Jewish Liturgy and Its Development (Dover Publications) and Ismar Elbogen, Jewish Liturgy: A Comprehensive History (Jewish Publication Society, 1993), translated by Raymond P. Scheindlin, himself a formidable scholar, translator, anthologist, and biographer.

I have been writing poetry for over fifty years. During this time, I have worked as a musician, chef, book acquisitions editor, and creative-writing instructor.
Previous Week in Review: March 20th, 2015
Next Ted Moeller Bar Mitzvah