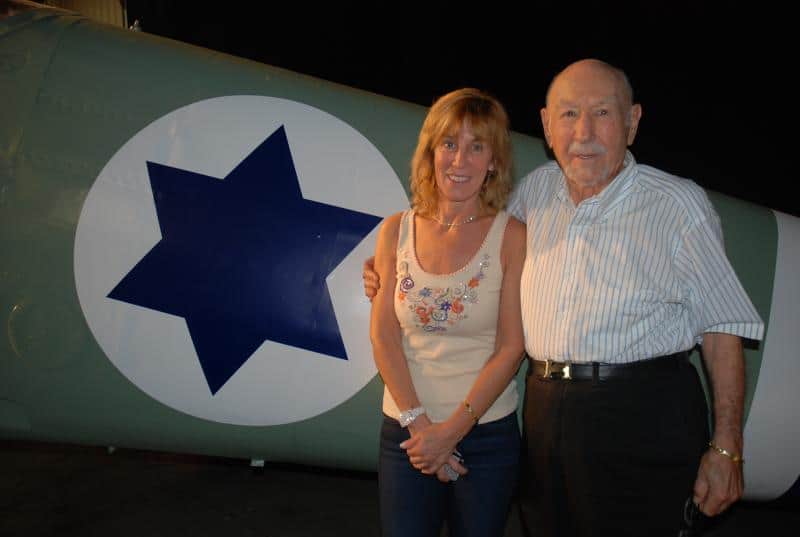 6 biographical tributes to luminaries from Sophie Tucker to Winston Churchill

The dates and times of the third annual Boulder Jewish Film Festival – sponsored by the Millstone Evans Group of Raymond James, and Grace and Gordon  Gamm – are now finalized, and posted online at boulderjcc.org. The full (updated) schedule is below.

Mark your calendars now and purchase tickets when they go on sale on February 9, online at thedairy.com. We are excited to present a mix of feature films and documentaries that explore popular culture, examine the complexities of the Jewish experience, address current political concerns, and pay tribute to unsung heroes of world history.

Tickets are $12 unless otherwise noted below, and all films feature talkbacks. As the festival’s executive director and founder, I take great pride in guiding conversations and inviting guest speakers to provide insight into the provocative films selected to inspire and stimulate you, our cherished audience. “The Prime Ministers: The Pioneers” – Part 1

Based on the best-selling book by Ambassador Yehuda Avner, this masterful appraisal of Israel’s formative years provides context for well-known but not easily understood events, casting light on the Six-Day War, Israel’s strategic relationship with the United States, the fight against terrorism, and the impact of the Yom Kippur War. “It Is No Dream: The Life of Theodor Herzl”

This inspiring historical biography examines how a well-known journalist, playwright, and assimilated Budapest-born Jew – horrified by the Dreyfus trial in Paris and the anti-Semitism he saw spreading across Europe – took upon himself the task of creating a Jewish homeland in Palestine.

Directed by: Richard Trank / Narrated by Ben Kingsley and starring the voice of Christoph Waltz as Herzl

Sponsored by: Stand by Israel An inspirational look at the famed English leader’s early and unpopular opposition to Hitler and Nazism, this biography makes a case for historian Martin Gilbert’s assertion that if Churchill’s warnings about Nazi Germany’s policies towards Jews had been heeded in the early 1930’s, the Holocaust may never have occurred. This riveting account of Israel’s leadership details negotiating agreements with Egypt, the raid on Entebbe, Anwar Sadat’s historic visit to Jerusalem, the Camp David Accords, the bombing of Iraq’s nuclear facility, the war in Lebanon, the Oslo Accords, and Israel’s ongoing struggle to make peace with its neighbors.

Directed by: Richard Trank / Starring the voices of  Michael Douglas and Christoph Waltz

Sponsored by: Linda Brotman-Evans and US Bank

This heartbreaking and illuminating Academy Award winner depicts the tragic plight of Jews after the gates of the death camps were thrown open, marking the end of one ordeal and the beginning of another for Jews with no home, family or financial resources, facing an uncertain future and an indifferent world. A superbly acted saga of a young boy’s desperate battle for survival, this harrowing drama tells the true story of a Yoram Fridman, who bravely endures the nightmare of the Holocaust alone in the forests – inspired by his father’s admonition to keep his Jewish faith alive. Based on the best-selling novel by Uri Orlev. Chosen for opening night of the Boston Jewish Film Festival.

Sponsored by: Judy and Alan Megibow

This gripping French thriller depicts the personal drama behind the brutal kidnapping of Ilan Halimi in a Paris suburb in 2006. This stunning act of terrorism foretold the firestorm of anti-Semitism raging out of control in France today.

Sponsored by: Rick Ackerman and Sylvain Hayoun, and the Boulder Steering Committee of the Anti-Defamation League “Theodore Bikel: In the Shoes of Sholem Aleichem”

This affectionate documentary showcases the artistry of two fabled Jewish talents, who were brought together by a humble milkman: the iconic Jewish literary figure known around the world as Tevye. The film elicits equal appreciation for the literary legend whose memorable Yiddish writing was robustly brought to life by Bikel, a beloved singer and actor still performing at age 90.

A surprisingly buoyant musical comedy from Israel, this entertaining confection delights with its inspirational message of personal fulfillment and amuses with its fanciful story of eccentric friends who are accidentally sent to represent Israel in a national singing competition.

Sponsored by: Diane Israel, and Women of the J While Martin Luther King Jr. is widely and rightfully honored for leading the Civil Rights Movement, the same cannot be said of Rabbi Prinz, one of his closest, most influential, and inspiringly courageous partners.

Sponsored by the Richard and Josh Dinar Families The tense relationship between an Israeli Secret Service officer and his Palestinian informant is the basis of this chilling thriller, which offers a compelling behind-the-scenes look at Israel’s intelligence efforts. Co-written by an Israeli and a Palestinian, and based on real-life experiences, the film finds personal drama in the harrowing treachery of the embattled region.

Sponsored by: The Schad Team of Farmers Insurance Bittersweet and nostalgic, this documentary traces the end of an era, as the last Catskills hotel struggles to keep a tradition alive in what was once an unparalleled Jewish mecca. These hotels gave birth to stand-up comedy, the NBA All-Star Game, the all-inclusive resort concept, and rejuvenated Jewish traditions such as the “tummler,” and – of course – hearty kosher feasts.

WITH PRODUCER NANCY SPIELBERG IN PERSON

LIVE MUSIC BY THE PROHIBITION 6

Tickets for the VIP dinner, film and reception: $60

In 1948, a group of WW II fighter pilots, many Jewish-Americans, heeded the call for help from the newfound Israeli nation and volunteered to fight in the War of Independence. They were not only crucial to Israel’s victory, but in the process founded the fabled Israeli Air Force. Their courage made them living legends in the fledgling Jewish homeland, and – thanks to this acclaimed film – these heroes are finally being acknowledged around the world.

“Because I Was a Painter”

Essential to an understanding of the Holocaust, this painstakingly detailed documentary depicts the only surviving visual record of daily life inside the Nazi death camps: art created in secret by its prisoners. It also asks provocative questions about beauty, the role of art, the nature of the artist, and the resilience of the human spirit. “The Go-Go Boys: The Inside Story of Cannon Pictures”

As outrageous as its subjects, this documentary profiles the celebrated Israeli moguls known as Golan-Globus, whose chutzpah conquered Hollywood in the ‘80’s and whose influence is undisputed, even if their taste is often questioned. These odd-couple cousins created the most powerful independent film company in the world. Often dismissed as schlockmeisters, they pumped out more than 300 low-brow movies, as well as seminal independent films from acclaimed art-house directors such as John Cassavettes. In tribute to Menachem Golan, who also helped found Israeli cinema before dying in August at age 85.

Sponsored by:  The Jewish National Fund Sponsored by: Jackie and Mark Wong Middle-Eastern dinner at 5:45 in the lobby; tickets for dinner and film: $25

Based on the best-selling novel by Eli Amir, this moving portrait of a family living in a world full of contradictions, ambivalent relationships, and tests of love and loyalty unfolds in 1950 Baghdad. More than 130,000 Jews are about to be forcibly expelled from Iraq, where they have lived for thousands of years – ending the existence of the most ancient community in the world.

Sponsored by: Stephanie and Alan Rudy

Kathryn has spent her professional life writing about, teaching, and presenting the arts. Founding Director of the Boulder Jewish Film Festival, Kathryn was Director of Menorah and ACE at the Boulder JCC from 2003 through August, 2019. The former film and theater critic for the Boulder Daily Camera, Kathryn is the author of "The Fifty Greatest Jewish Movies" and "The Fifty Funniest Films of All Time." kathryn.bernheimer@gmail.com
Previous Rocky Mountain Jewgrass Brings Some ‘Picklin’ And ‘Grinnin’ to Boulder
Next Tickle Your Senses at Tu B’Shvat