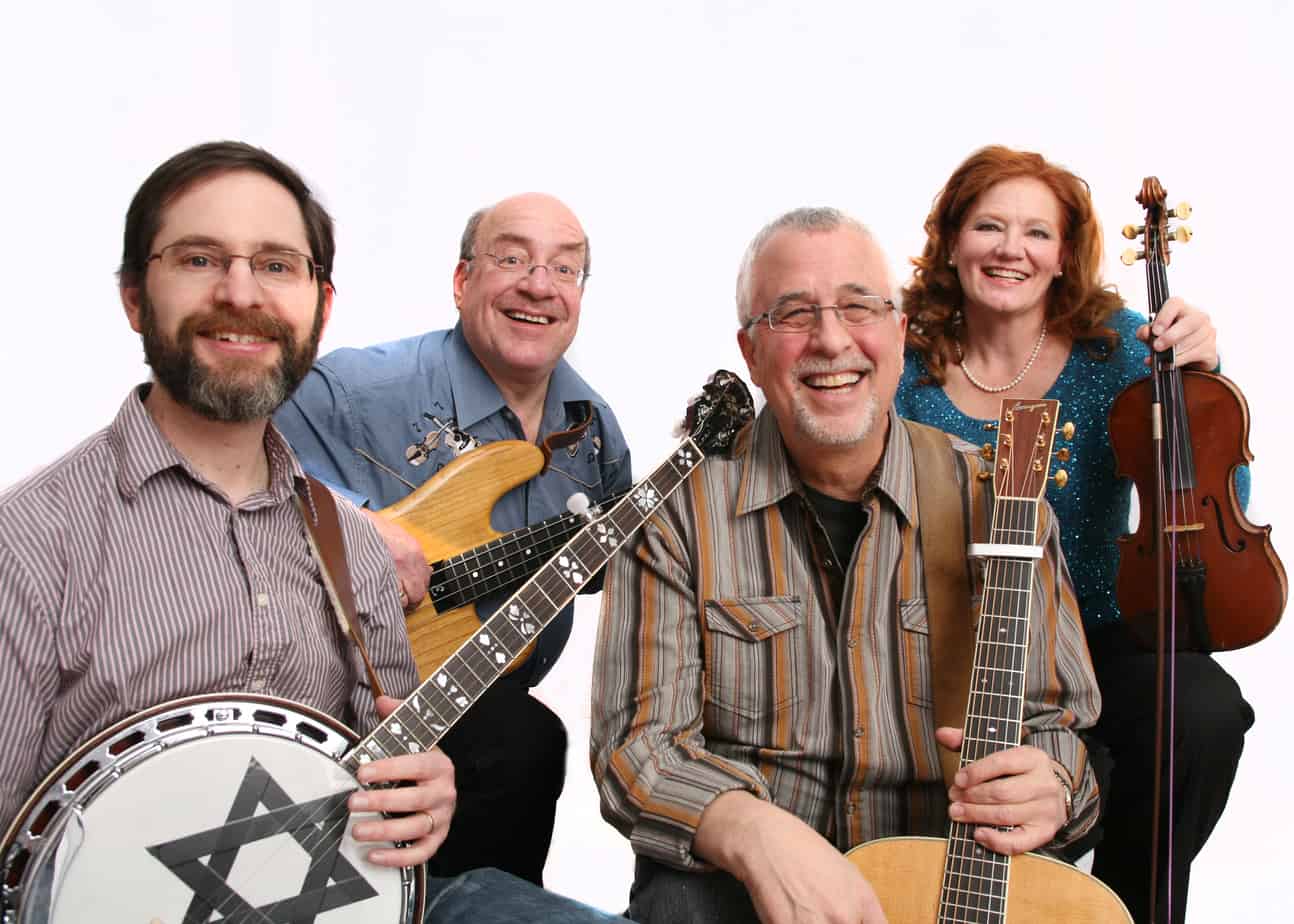 Rocky Mountain Jewgrass Brings Some ‘Picklin’ And ‘Grinnin’ to Boulder

DENVER – ROCKY MOUNTAIN JEWGRASS, the world’s first (and likely only) Jewish bluegrass band brings their unique musical styling to The Dairy Center in Boulder on Saturday, January 24 at 7:30 p.m.  The Denver-based band has grabbed national attention for their original songs blending bluegrass-style playing and singing with lyrics that come from everything Jewish.

There are quite a few well-known forms of Jewish music – Israeli, Klezmer, folk – but until we came along, there wasn’t a uniquely bluegrass form of Jewish music,” said band founder and lead singer/guitarist, Saul Rosenthal.  “What makes us even more unique is our irreverent take on a number of Jewish themes.  With songs like ‘Jews Don’t Camp,’ ‘I’m in it for the Food’ and ‘The Second Time She Said Shalom She Meant Goodbye’ our audiences always walk away laughing and thoroughly entertained.”

The band has introduced Jewgrass music to audiences from California to Toronto with many stops in between.  They have recorded and released three CDS – CHUTZPAH, BUPKES and ENOUGH ALREADY! and are regulars at such venues as Swallow Hill Music and Lannie’s Clocktower Café in Denver.

Tickets for the show may be purchased online at:  tickets.thedairy.org/Online/grass or by calling 303.444.7328.  For more information about Rocky Mountain Jewgrass visit www.rockymountainjewgrass.com.