Staff April 20, 2015 Guests and Blogs Comments Off on Finding Zabelle

“Thus they shall hear and see the Beauties of nature, and imprint the spirit of the times, not only for the advancement of the present, but for the benefit of generations to come”

Wandering through an antique shop in the seaside village of Cayucos, California, I stumbled upon an impeccably preserved little book, entitled ‘Scientific Air Possibilities With The Human’, Zabelle Abdalian, 1934. Inspired by the life of a ‘Madame Mary A. Harper’, whose biography is detailed in the author’s introduction, this theosophical compilation of essays includes thoughts on the ‘beneficial effects of natural radium in the air’, esoteric views on body, mind, spirit, science, technology, theology and economics. Intrigued, I descended the sea washed wooden stairway, bought the book, and walked – face to page, to a bench overlooking the Pacific.

How is it that a woman wrote about another woman in the feminist backwoods of 1934 America? How could anyone extol the health benefits of ‘radium’? How did the author amass such an interesting array of thoughts so similar to my own? With these questions in mind, I left the sea for Google.

The books she penned during her lifetime are held within University libraries throughout the country. In addition to ‘Scientific Air Possibilities With The Human’ (Re-issued in 1954 under the title ‘The Amazing Power Within You’), her published works include; ‘Bow In The Cloud’ (1953), a play about world peace set in both New York and Burma; ‘Thy Flame Is Blown’ (1952), a poetical biography of her father, killed during the massacre of Armenians in 1895; and ‘SA PWH Prince Of The Air’(1955), Zabelle’s autobiography. I then discovered a small handful of documents referencing her mother, Haiganoosh’s claims against the Turkish government, for the death of her husband, Nahabed. My next find would come to be the door to open all. Via a *letter written to the ‘Armenian Observer’ in 2008, I found Zabelle’s great niece, Ms. Pamela Barsam Brown. Pamela’s home is just a stone’s throw from where I received my degree in Poetics and Buddhist Studies in 1985. In my mind’s eye, I could literally walk to her house. (This small coincidence spoke to a feeling of interconnectedness that would return to me again and again throughout this journey). After the initial timidity of our first phone call, we have developed a lovely friendship centered around ‘Aunty Zabelle’, Abdalian family history, and contemplations on what it feels like to be descendants of wounded lineage. Touched by my interest, Pamela sent everything her Great Aunt had ever published. With Zabelle’s door now open, the story of her unfolded, revealing a tale of survival, courage, faith, and a little bit of magic. I soon felt as if Zabelle herself had taken me by the hand, and was leading me through a confluence of history, lineage and mystic memory.

“Aunty Zabelle used to weave garlands for my hair”

Zabelle Abdalian was born October 6th, 1886, at the foot of the Taurus Mountains in Gurin, Turkey. It was during this time that her father, Doctor Nahabed Y. Abdalian (a naturalized US citizen who had received his Doctorate in Medicine from New York Medical College in 1879 and the first ordained Armenian-American medical missionary to Turkey), had returned to the village of his birth, to care for the people of his homeland. Zabelle’s life in Gurin, with father, Nahabed, mother, Haiganoosh and four brothers and sisters, was a happy one. Yet In 1895 Zabelle’s world darkened when her beloved father was killed during the Massacre of Armenians. The Turks burned the Abdalian home, looted their belongings, and imprisoned the family. Zabelle’s infant brother died from exposure and starvation. With the assistance of the United States Government, the Abdalian family was granted safe passage to America in 1896. Zabelle, with bright mind and sensitive spirit, had a sense of the mystical from a young age. These sensibilities of spirit and imagination helped to carry her across the sea to a new life.

Of her father’s death she wrote:

“I was overwhelmed, felt as one falling into a bottomless pit of black despair.

The passing of his soul was like the transition from raging storm into rare, brilliant sunlight.”

Her first years in America were spent in New York and Rhode Island, where she attended public school, sang in St. Bartholomew’s Episcopal Choir, and worked in jewelry factories to help provide for her family. For a time, the children were separated due to a lack of resources, but when reparations were finally awarded to Zabelle’s mother for claims against the Turkish Government in 1903, the Abdalian family was reunited. Haiganoosh moved with her children to Del Ray, California, and purchased an olive ranch in partnership with others.

In addition to working the farm, Zabelle became an accomplished pianist who could play the works of Classical Masters such as Bach, Beethoven, Mozart, and Chopin. She sang in the choir, and committed to memory, complete operatic scores. She held a position at ‘Shreve and Company’, one of the finest jewelers in San Francisco. Here, as the only girl amongst men, she was referred to as ‘The only flower in the roof garden’. Zabelle served as an instructor in surgical dressing at Red Cross headquarters during WWI, then returned home to care for her mother. After her mother’s death in 1932, Zabelle moved to Los Angeles to live closer to her sisters, where she continued to sing in the choir, write, and pursue spiritual and intellectual interests. Zabelle served her country once again during WWII, working in a garment factory which manufactured uniforms for the Armed Forces. With many of her co-workers being of Mexican descent, Zabelle taught herself how to speak very proficient Spanish.

Whether by virtue of trauma or second sight, Zabelle had an extraordinary mind. Alongside her dedication to the Episcopal Church, her thoughts on consciousness and spirituality sprang from what is known as the ‘New Thought Movement’ prevalent in Southern California during the mid 1930’s. After an exhaustive search, I have concluded that the luminary, Madame Mary A. Harper, whom Zabelle so meticulously described in the introduction of ‘Scientific Air Possibilities With The Human’, may not have existed in the visible world.

“Zabelle had a large imagination and while I can only conjecture, I would presume that Mary Harper, one of these silent friends (likely invisible), resided in her own mind”

“Little Zabelle was seeing visions she was fearful of disclosing. She could see her father come through the tiny wax-paper covered window without tearing the paper”.

~ Zabelle Abdalian, ‘Thy Flame Is Blown’

My thoughts drifted to Marie Curie – Nobel Prize recipient in Physics for the discovery of Radium (who interestingly died the very year that Zabelle published her treatise on the benefits of radium). Ironically, after having worked in the very same jewelry factories creating glow in the dark watches which incited the landmark class action lawsuit known as ‘The Radium Girls’, Zabelle adopted the early belief that the poisonous element of radium was an organic compound with healing properties found naturally within the air.

I could tell the story about how Zabelle’s father travelled via covered wagon with a group of 30 Armenian immigrants to Fort Bend, Texas, in order to fulfill a promise. Or about how the Abdalian family believes that Zabelle’s older brother was the first registered birth of an Armenian in NYC in 1884. But I’d rather tell you that as a child, my best friend was Armenian. How I remember her parent’s dark, protective eyes. I’d rather tell you about how when driving with my mother through Emerson, NJ, we often passed a memorial commemorating those who had lost their lives in the Armenian Genocide, and how I made a game of reading the inscription as many times as I could, before the words were lost to the distance.

IN MEMORY OF THE 2 MILLION CHRISTIAN ARMENIANS

MASSACRED BY THE TURKS

As a child, my awareness of ‘Holocaust’ was derived almost solely via the torch of my own Judaic lineage. I felt burdened by it’s weight, without even knowing I was carrying it. With lineal heart laden with boxes, and a few thousand pages of dreaming, I took the path that Zabelle had taken, to the edge of the western sea. I am the dark in my mother’s eyes, and her unyielding determination. I am my father’s fear of hunger, and his love for the music of rivers.

In the ancient Judaic view known as ‘The Transmigration of Souls’, ’remembering’ is felt as a kind of haunting. In Buddhism, ‘remembering’ is recognized as the sign of awakened mind. ‘Oy’ versus ‘Ah’.

“Sometimes it happens that the angel of forgetfulness forgets to remove from our memories the records of the former world; and then our senses are haunted by fragmentary recollections of another life. They drift like torn clouds above the hills and valleys of the mind, and weave themselves into the incidents of our current existence. They assert themselves, clothed with reality, in the form of nightmares which visit our beds.”

~ Sholem Asch, ‘The Nazarene’; excerpt from ‘The Transmigration of Souls’, 1939

It is Spring 2015 and the centennial of the beginning of the Armenian Holocaust. All eyes are watching. All hearts listening. Are we here to remember or are we here to forget? How do we capture the wisdom offered by the past and release that which simply causes more suffering? How do we become beautiful, without even the cry for Justice?

Through her writings, Zabelle Abdalian remembered with tenderness, respect and hopefulness. Choosing not the shadowed, fisted heart of one burdened by tragedy, she became beauty, empathy, compassion for others, and reverence for the mystery of Spirit. As I sit here, not far from the place where she once stood, it is this grace I find within my own breath. This is her gift.

Carla Rachel Friedman is a graduate of Naropa University with a Bachelors degree in Poetics and Buddhist Studies. Scribbler of words, beach walker, resting somatic bodyworker, Hospice care volunteer, and wandering Jew, she presently dwells in a small cottage on the Central California coast.

Ed. Note: Colorado will mark the Armenian Genocide on April 24th with the adoption of a General Assembly Armenian Genocide centennial and the installation of a new Khachkar (Armenian cross) on the State Capital grounds in the ARMENIAN GARDEN. Governor Hickenlooper will honor the community by attending an April 24th event.

They call me "NewsHound IV," because I'm a clever Finnegan, sniffing out stories all over the Boulder area. I love Jewish holidays because the food is GREAT, especially the brisket. Well all the food. I was a rescue pup and glad to be on the scent!
Previous Boulder Hadassah Honors 5 at First Shoshanim Brunch
Next Reconstructing the Past Exhibit at The Darkroom 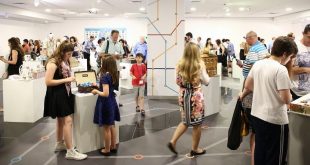 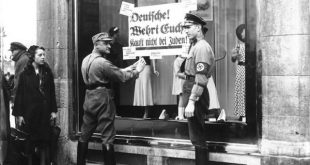 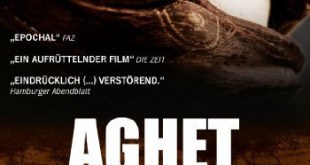