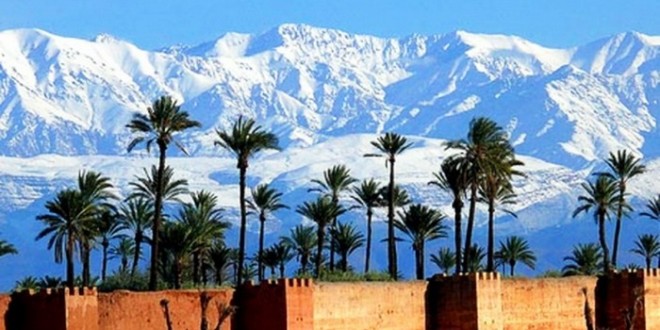 There’s still time to join Menorah’s excursion in May to Morocco, an exotic land of enchantment, mystery and dazzling vistas. Morocco boasts savory cuisine, striking architecture, stunning scenery and a rich Jewish history. Jews have been living there since the time of antiquity, and prior to WW II, the Jewish population reached 225,000. Casablanca today boasts 17 active synagogues, three Jewish schools, an extensive Jewish museum, and a community center that cares for the sick and elderly.

A recent PBS Newshour segment begins: “For many people, Judaism in the Middle East conjures images of discord. But the Islamic nation of Morocco is an exception — it’s a place where Jews are not just tolerated but embraced in some circles as an important part of the country’s history and culture.”

Morocco has become a highly popular destination for tourists, including Israelis and adventurous Jewish travelers.

For anyone interested in the compelling Jewish story Morocco has to tell, Menorah’s group trip has been designed to explore this heritage in depth – an aspect covered only in passing on the many commercial trips available from large tour operators. There is, simply put, no other way to experience all that this alluring mecca offers.

In addition, the social connections formed by traveling with a group last long after the vacation is over. The trip also offers the convenience of a planned excursion, which leaves free time for personal exploration while making sure none of the highlights are missed.

One highlight that is a “Morocco must” is an overnight stay in the Sahara, where sunset and sunrise are spectacular events.

To add to the trip’s allure, Menorah has been able to lower the price by $200. The cost of $5,050 includes air fare from Denver and all required tips. The deadline for registration deposit has been extended two weeks from Nov. 30 to Dec. 11.

For those doubting Morocco’s hospitality, appreciation of diversity and positive attitude toward Jews, an article published in March in the The Forward should alleviate any qualms about traveling to this cultural cosmopolitan crossroads.

“One of the most intellectually stimulating weeks of my life was the one I recently spent in Morocco,” Jonathan Katz writes. “More than the architecture or the food, the thing that stimulated me most was the way many Moroccans spoke of the country’s Jewish community.  Read more here

For more information, the itinerary, and the trip reservation form, CLICK HERE.

Kathryn has spent her professional life writing about, teaching, and presenting the arts. Founding Director of the Boulder Jewish Film Festival, Kathryn was Director of Menorah and ACE at the Boulder JCC from 2003 through August, 2019. The former film and theater critic for the Boulder Daily Camera, Kathryn is the author of "The Fifty Greatest Jewish Movies" and "The Fifty Funniest Films of All Time." kathryn.bernheimer@gmail.com
Previous The Importance of Visiting Israel with a Tour Company
Next Comprehensive List of Hanukkah – and Chanukah – Events