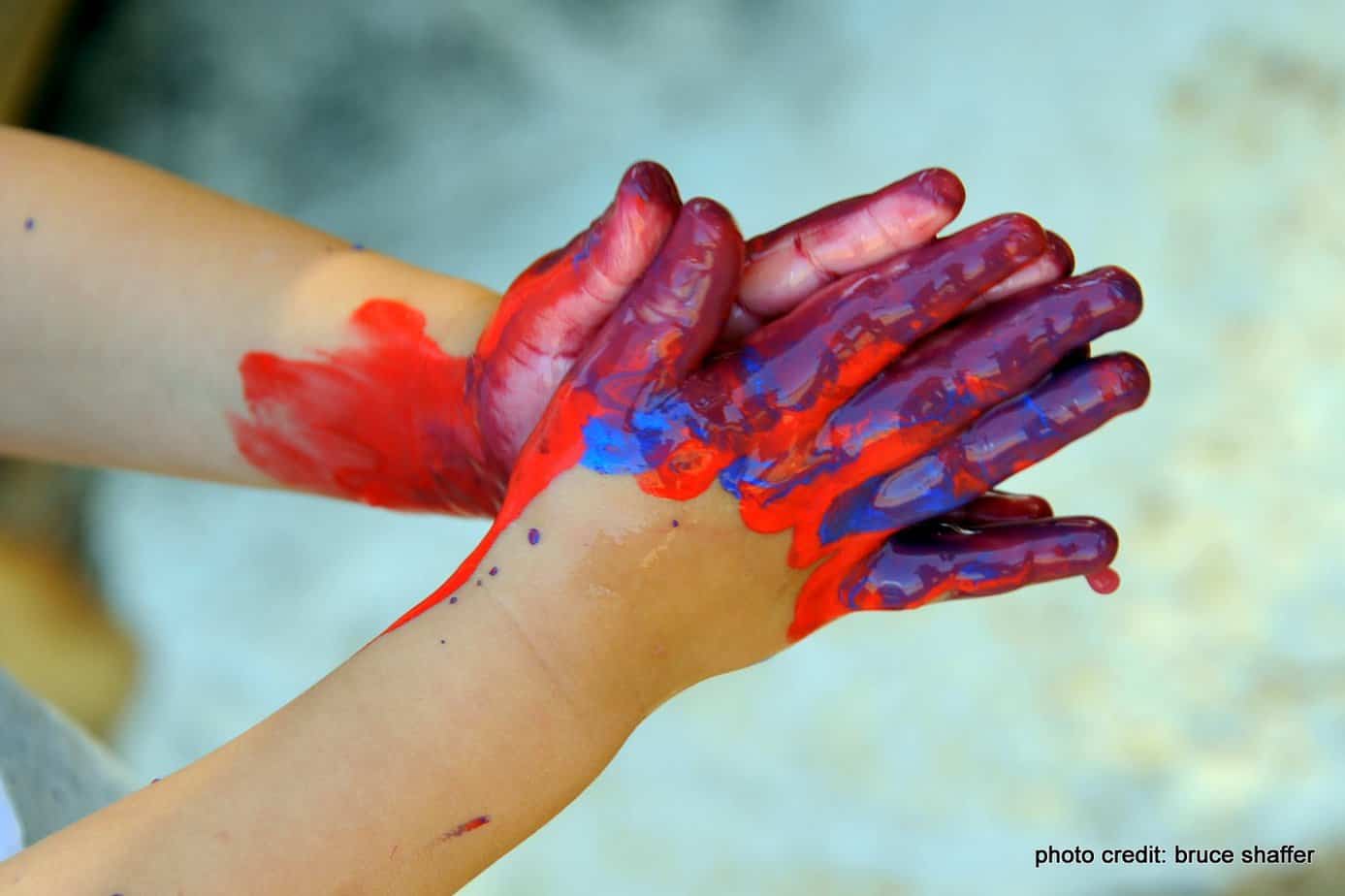 I heard Ali Abu Awwad and Rabbi Hanan Schlesinger reach out and energize a too-hot room packed with believers and skeptics alike, in New York City a few nights ago. And while I’m not going to say it was as Sinaitic as Springsteen at a small Detroit venue in ’75, it was a glimmer of the hope, the promise – oh, what the hell – the possibility of Israeli-Palestinian redemption, channeled by these two bold and mold breaking leaders and grounded on a desolate few dunams of stateless dirt between Jerusalem and Hebron that Ali calls “the kitchen.” There, squeezed in among the Jewish-only and Palestinian-only villages that populate the Gush Etzion region of the west bank, this odd couple – a lanky, battle scarred, streetwise Palestinian prophet, and a short, invigorated, veteran religious Zionist settler rabbi – and their hearty partners have planted the radically

fundamental Roots/Shorahsim/Judur project. Just since February, a small but slowly growing number of traditional enemies have been coming to Roots gatherings of families, women, kids, local leaders, students – to meet and connect simply as neighbors and, ever so tentatively, approach this question: how are we to go forward living here, side by side, violence free, and with equal rights?

It’s not easy or risk-free. Aggressive factions in both, yes, both, communities insist upon ‘anti-normalization’ of relations and lay a price on transgressors. The first Roots project participants are brave but hesitant, weary resident combatants looking for a stay-put alternative to life in a constant conflict zone. This is not the stuff of weekend peace-fests. I know. I was there from January until recently, working in “the kitchen,” seeing some of the Roots first fruits during the tense and violent summer, such as: settlers consoling Palestinian price-tag victims, a joint delegation to the tent of mourning for the three kidnapped and murdered Israeli youth, and perhaps most incredibly, an unprecedented mini-daycamp for

neighboring Palestinian and Jewish settler kids made possible by their parents working together for the sake of their children playing – and growing up – together. Said Hanan: “We have tremendous gratitude to those parents and children who came despite the paradox of sending children to the beach with their ‘enemies,’ while other children cowered from incoming attacks.”

I won’t tell you much more about Roots, Ali and Hanan in the Big Apple, or their fascinating, transformational life stories that brought them together, because that would spoil it for those of you who I hope will come to one of their small group appearances in Boulder, where you can personally engage with them in living room comfort, and perhaps be moved to support their work. But Roots springs from a few facts and assumptions. There are roughly 2.8 million people living in the land between the Jordan river and Israel’s 1949 armistice line (a.k.a. ‘the green line’ and ‘the 1967 border’), oft referred to as the west bank and including the formerly divided, eastern part of Jerusalem. And whatever their – or your – national of religious longings, desired political solutions, or affections, not many of the 500,000 Jews and 2.3 million Palestinians living there are going anywhere.

“Neither side is going away,” says Ali. “And once you come to that conclusion, the first thing we need to do is simply to see each other – that’s the practical step in the heart of the problem – because we live in so much fear and distrust.” Hanan adds: “We don’t know what the solution will be, but whatever it is, it won’t work without knowing each other, understanding and trust. That’s what we’re working on.”

That’s not an evasive strategy, and Roots is not weekend camp kumbaya for out-of-towners. The local Palestinians and Israelis there don’t bury the complexities of the situation, their deep disagreements, or the lack of equality between them. What unites them is their honest search for understanding, mutual acceptance, and the pursuit of non-violence as the path to resolution. “We are not conducting the solution to the conflict. We are in the conflict. But according to how we succeed in managing the conflict between us – during the conflict – thus we will succeed in managing the solution to the conflict, when the time will come,” explains Ali. There’s so much more and better said by these two engaging and inspiring leaders, to be thoughtfully heard and personally discussed with them. In the wake of this summer’s war and at the edge of a New Year, I’m honored along with my wife, Julie Shaffer, to be bringing to Boulder and Denver two emerging voices of optimism and hope for Israel and Palestine, Ali Abu Awwad and Rabbi Hanan Schlesinger, as part of their U.S. fundraising tour for Roots/Shorashim/Judur. Contact shafferfreeagent@gmail.com for information about private, home hosted gatherings at 7:00 pm on September 17, 18, 22 and (Denver) 24, and noon on September 19 at Highland City Club. Congregation Bonai

From Jerusalem and Boulder, photographer/contributing writer Bruce Shaffer muses on regional issues. Bruce photographs for several NGOs in Israel and the West Bank, and his work has been included in Ha’aretz, The Times of Israel, The Jewish Daily Forward and other publications, documentaries and organization websites. He leads combined Israeli and Palestinian Youth Photography Workshops in Israel and the West Bank, and freelances for feature writers, organizations, guides and tour operators in the region.
Previous Celebrating Rosh Hashanah as a Young Adult Jew
Next Week in Review: September 12th, 2014