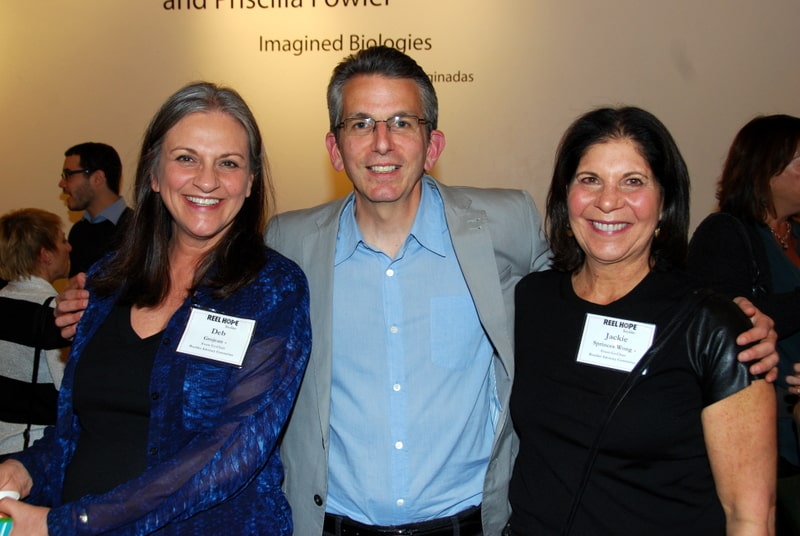 Perseverance Pays Off for Boulder JFS

Perseverance could have been the theme of the first-ever fundraising event benefiting Boulder Jewish Family Service, Reel Hope Boulder.  Jewish Family Service of Colorado, based in Denver, has been helping the needy and vulnerable in metro Denver for 140 years since its founding in 1872.  Its operation in Boulder by comparison is young — just 30 years of service to Boulder-area seniors and other vulnerable members of our community.  As such, though, one could say that Boulder JFS is one of the best-kept secrets in Boulder.  At least, one could have said that up until recently, but really, no longer.

More than 250 people gathered at The Dairy Center Sunday night to celebrate the achievements of Boulder JFS, and hear another story of perseverance: Producer David Klawans’ fourteen-year journey to bring “Argo“, the real-life story of the rescue of six American diplomats from Iran in the aftermath of the 1979 revolution and the take-over of the US Embassy in Tehran, to the big screen.  The evening exceeded the expectations of the two Boulder JFS staff members, Cathy Summer and Ingrid Swords, and event co-chairs Deb Grojean and Jackie Sprinces Wong, for both attendance and fundraising.

After significant shmoozing  time featuring food donated by Whole Foods, the group heard from Yana Vishnitsky, President and CEO of Jewish Family Service of Colorado, Linda Loewenstein, Chair of the Boulder JFS Advisory Committee, and Cathy Summer, Boulder JFS Coordinator and Case Manager.  They spoke eloquently of the work that Boulder JFS is doing for 250 Boulder seniors a year, as well as most recently since the Boulder flood, assisting more than 50 households with financial assistance granted through JEWISHcolorado.  Eve Bat Shalom, a local senior and Boulder JFS client, also spoke and thanked the organization for connecting her to the community and making her life feel meaningful again.

Then, under the able interviewing skills of Ron Bostwick of the Boulder International Film Festival, Klawans talked about how he found the story of the rescue in a CIA magazine online, shortly after the mission was declassified by the Clinton Administration.  He detailed several Colorado connections to the story, including the fact that the CIA exfiltration agent, Tony Mendez, graduated from CU in 1955 and spent time working in Denver before being recruited by the CIA.  Another direct connection is that the original name of the script selected to be “produced” by Mendez was changed to “Argo” after the gold mine in Idaho Springs.  Oh, and Klawans’ mother lives in Boulder and he visits often.  Klawans also talked about the several iterations the story went through as he tried to get it made through the late 90’s and early 00’s, and how in 2007 it was the subject of a bidding war between Brad Pitt’s and George Clooney’s production companies, with Clooney’s company coming out on top.  From there, Klawans just had to guide the story through the switch from George Clooney directing and playing Mendez to Ben Affleck taking those roles, and the addition of a “little drama” in the third act to turn the movie into a real thriller.

Congratulations to the event committee and the JFS staff for a fantastic event that is sure to put Boulder JFS firmly on the map!

I've been writing things since grammar school, and served as a writer, photographer and/or an editor on my junior high and high school newspapers; the Daily Trojan at USC (where I earned my journalism degree); the student newspaper at the Anderson School at UCLA (where I earned my MBA); and written and edited countless business documents and presentations in the ensuing twenty years. I've been involved Jewishly since my bris and in Boulder since 1995. I'm married to my Executive Director Cheryl, and we have two children, Lauren and Ethan.
Previous Jaron and Seth Berman B’nai Mitzvah
Next A Catholic, Protestant, Pentecostal and Jew Walk into a… Garden! 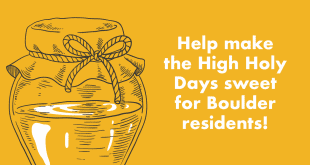