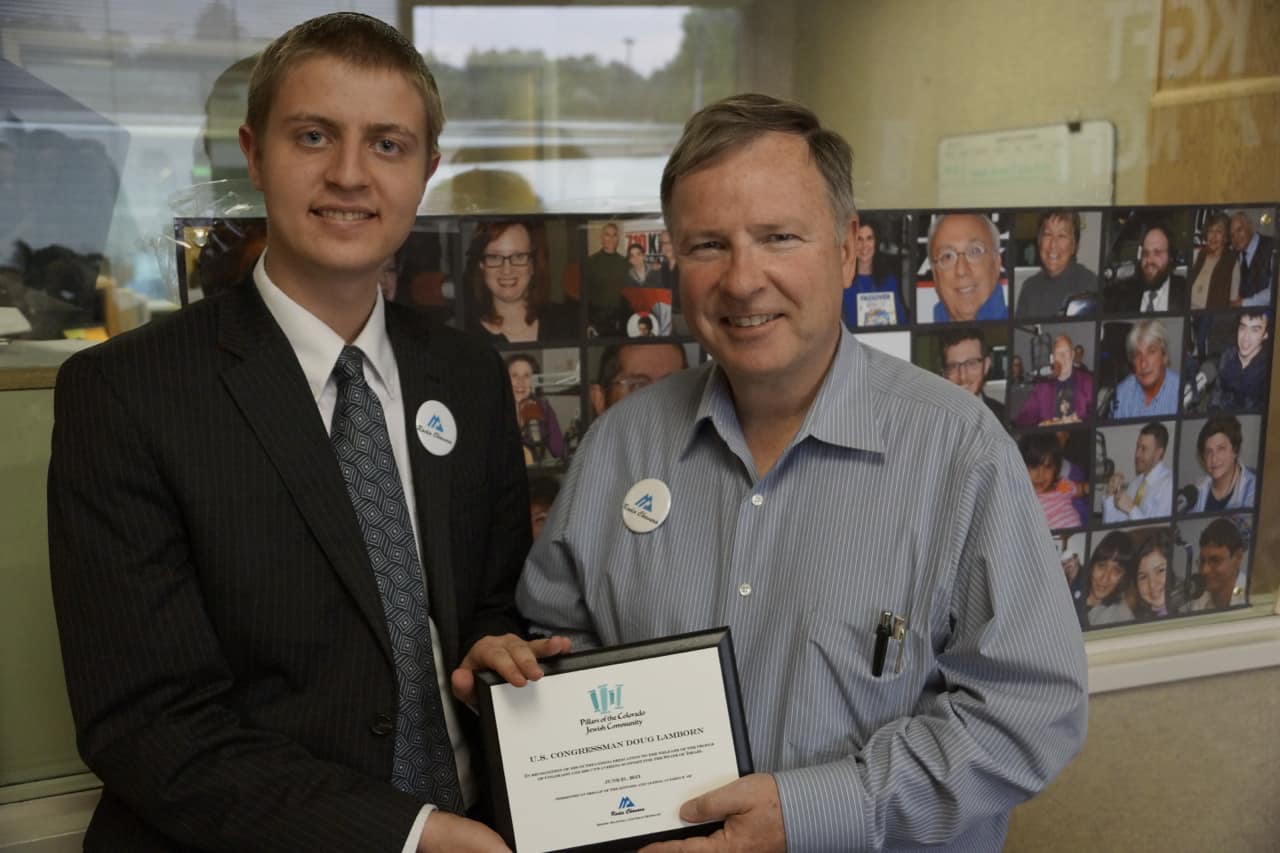 Those who believe that the so-called “Jewish Lobby” dictates American policy toward the Middle East, should get to know Doug Lamborn, one of the most consistent pro-Israel representatives in the United States Congress.

Congressman Lamborn’s district, Colorado’s 5th, is centered in and around Colorado Springs, an area known for its proximity to the U.S. Air Force Academy, Fort Carson, and the defense contractors that have established a high-profile presence in the area. The area is also a bedrock of evangelical Christian groups.

There is not a kosher deli within 50 miles of the district, and the count of registered Jewish voters is miniscule. In 2010, The Gazette (Colorado Springs) estimated that about 500 families in total are affiliated with the three local Jewish congregations.

Yet among the 435 members of the U.S. House of Representatives, Congressman Lamborn, the Kansas-born Christian son of a World War II veteran, has consistently been one of the staunchest supporters of America’s special military, economic and cultural ties to Israel.

In recognition of his dedication to the welfare of the people of Colorado and his unwavering support for the State of Israel, Congressman Lamborn will receive a “Pillars of the Colorado Jewish Community” award this Sunday, July 7th, during a special broadcast of Radio Chavura.

Congressman Lamborn is the first non-Jewish recipient of the honor, which is bestowed upon individuals whose career achievements have buttressed the state’s Jewish community, the people of Colorado, and the State of Israel.

Moreover, three times since he first took office in 2007, Congressman Lamborn has led the effort to pass legislation that would relocate the United States Embassy in Israel from Tel Aviv to Jerusalem (the country’s lawful capital). He has also been the lead sponsor of a legislative amendment that would prohibit the distribution of taxpayer funds to any individual, private entity or government that does not expressly recognize the right of the State of Israel to exist.

“I don’t do this [support Israel] for political reasons,” Congressman Lamborn tells Radio Chavura hosts Maxwell and Dean Rotbart. Rather, in explaining his pro-Israel stance, the Congressman notes the strategic importance of Israel to America, as well as the two nations’ shared Judeo-Christian values.

Congressman Lamborn traces his awareness of the special role that Israel plays in the world and its friendship with the United States back to the Israeli-Arab Six Day War in 1967, when he was only 13 years old and still living in Kansas.

“That was so miraculous,” he recalled. “The Arabs thought Israel would be wiped out…. That was a turning point in my imagination.”

Congressman Lamborn says his deeply held respect for Israel, which he shares with his wife, Jeanie, is also inspired by his and his wife’s strong Christian faith and values.

“I think the Christian community is more and more understanding of the strategic importance and all the reasons why it’s important to be supportive of Israel,” Congressman Lamborn explained. He added that he and his wife take to heart the promise God makes to Abraham in Genesis 12:3 – “And I will bless those who bless you and curse him who curses you.”

Asked specifically whether he believes that America would face less antagonism in the Arab world – and particularly from Muslim radicals – if the United States were not so closely aligned with Israel, Congressman Lamborn refutes the notion entirely.

“I don’t buy that at all,” the Congressman says, “They don’t like us for who we are and what we stand for,” he says of the Islamic terrorists who threaten America and Israel alike. “We stand for Judeo-Christian values…and so they are going to dislike us viscerally no matter what we do.”

Congressman Lamborn described the Pillars of the Colorado Jewish Community award as a “wonderful” recognition, adding that he is “honored to receive it.”

He also praised Radio Chavura, the Rocky Mountain region’s only regularly broadcast radio program with a focus on Jewish topics and the regional Jewish community.  The program launches its second season this Sunday.

“You’re a big success and you’re growing even more so every week,” the Congressman said. “It’s an honor to be here and it’s an honor to help you kick off your second season.” Radio Chavura began its weekly broadcast on July 1, 2012. The show has featured numerous Colorado and national figures, including:

Those unable to listen to Radio Chavura this Sunday can download/stream the complete audio here.

Dean Rotbart, a Pulitzer Prize nominated former columnist and editor at The Wall Street Journal, is co-host of Radio Chavura, a weekly program focused on Colorado's vibrant Jewish community. The show is co-hosted by Dean's son, Maxwell, a recent graduate of Metropolitan State University of Denver. Radio Chavura can be streamed from www.Chavura.com or downloaded from the iTunes store.
Previous Mourning, Death and Dying Program at Beth Evergreen
Next Week in Review: July 5th, 2013