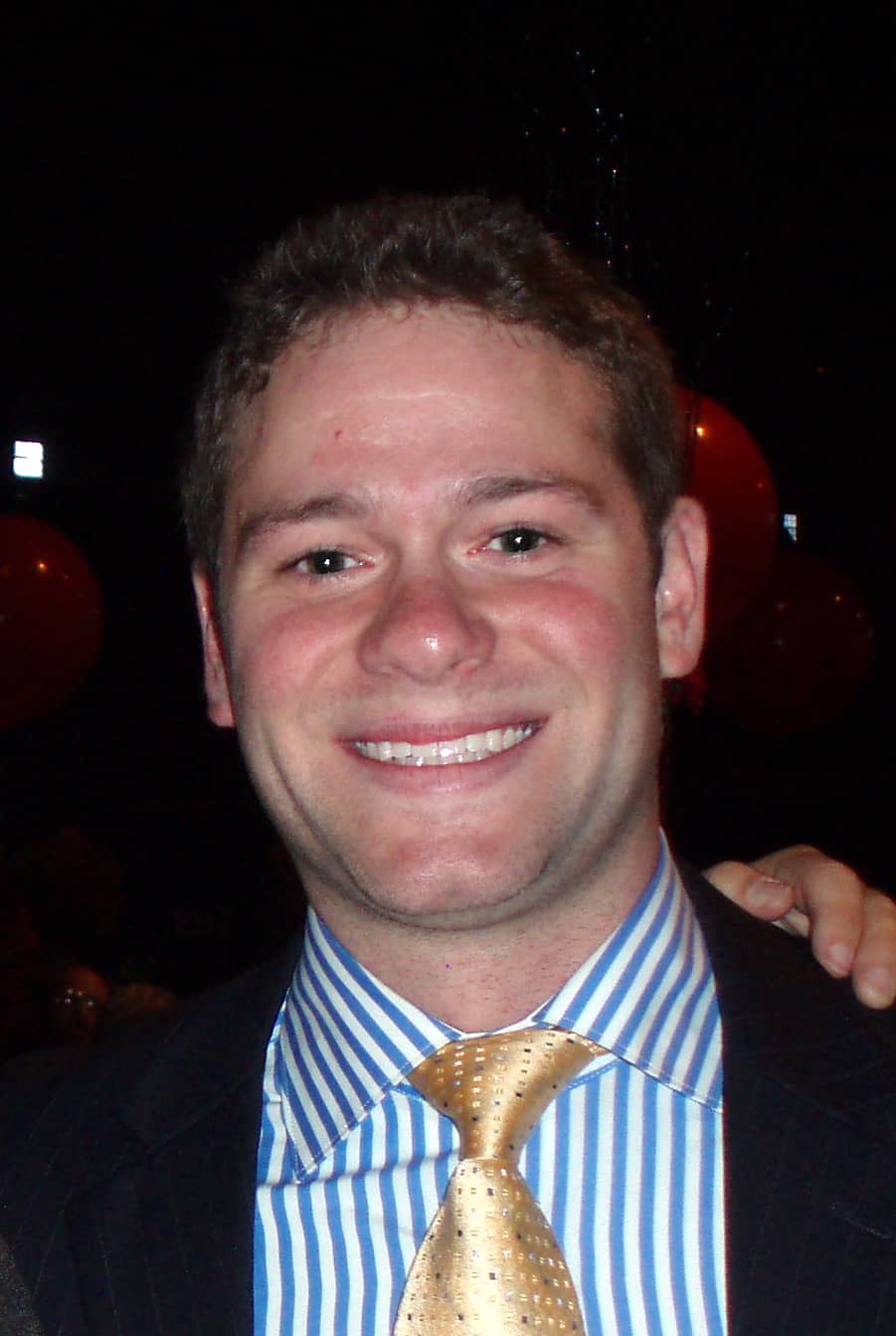 Jules Kramer attended Boulder Jewish Day School for several years before moving with his family to Denver.  He made aliyah in 2006 after graduating from the Rocky Mountain Hebrew Academy, now known as the Denver Jewish Day School.  BJN readers last heard from Jules in early 2010, as his stint in the IDF was ending.  We are pleased to bring you up to date:

Soon I will slam directly into my six year anniversary in Israel. Shit! That is Wild. It amuses me that only recently have I begun to feel like my roots are:  Planted. Growing. Expanding. Surviving. Thriving. Real.  It shouldn’t surprise me. But it does. Building a life is… crazy hard, and confusing, and bewildering, and complex, and wonderful, and awesome, and freaking hard, and no different in Israel.  One day at a time. Or something like that. So here’s a semi-bring-you-up-to-speed check list.

Fluent Hebrew? Check.  (Maybe… Depends on:  Who you ask. Time of day.  How much I’ve slept. What I’ve been drinking. And so on).

University?  Sort of.  (Semester of political science at Hebrew University.  Caught up on sleep.  Wasn’t for me).

Figure out what I really want to do in life?  Done and done (I think…)  May 2013: I finish the two-year professional tour guide course, and begin to show this crazy beautiful country to others who may (or may not) benefit from my disjointed incoherent rambling opinions, and my awesome newfound knowledge of history.

Know where life is taking me?  Not a clue.  But I am excited as hell to continue riding…

The Disjointed Incoherent Rambling Opinions of a New Immigrant Trying to Make it Work in Israel One Day at a Time: Or Something like That

From time to time there rages within me a battle between the fears of complete nuclear annihilation verses the intermittent, waxing and waning, fear of the loneliness while journeying the path less traveled.

Every minute of every day is seemingly filled with new sensationalized statements by politicians, breaking “insider” stories from top news networks, and “up to date” intelligence reports, spelling out my impending death through an all out nuclear winter or some sort of regional war that will spiral out of control engulfing the entire world.  To all you false flea market fortune tellers; please shut the __________ (fill in the blank) up.  You are filling my head with nonsense and making it hard to think.  Only room for one of us in here, and that’s me, not your network ratings.  Anyway, statistically speaking we would be better off throwing darts to predict our future than heeding top newspapers’ special reports. Don’t worry; we have top men on it…TOP MEN.

Of course if all else fails and a nuclear war is an inevitable reality I invite you to grab your tent, cooler of beer (remember layer of ice, layer of beer, layer of ice, and repeat to maximize your cooler’s ability to keep beer cold) and join me at Tel Megiddo, for an end of the world blowout bash that is sure to make Burning Man look like a four-year-old’s backyard birthday party. (Google Tel Megiddo).

Sitting almost directly across from the irrational nuclear war section of my overactive brain, lies a little inconsequential piece of gray matter that finds itself, every once in a blue moon, lonely in its quest to succeed as a new immigrant in this beautiful country.  Truth be told, I like the moments of lonesome worry. They allow me to be introspective, to gain a deep personal understanding of what I am building for, towards.  But mostly I drink.

It should come as no surprise to the casual observer that life in Israel is not easy.  Life on any of the seven continents has its own treacherous trials. This is no joke. Life is hard. And Israel is  no exception. Israel has never, and most likely will never be, the proverbial walk in the park. I am good with that, I almost welcome it.  As Tom Hanks so aptly stated in A League of Their Own, not only is there no crying in baseball… but “It’s supposed to be hard. If it wasn’t hard, everyone would do it. The hard… is what makes it great”.  Truthism for life everywhere, and of course: fantastic movie (see it).

So, sometimes it’s tough out there, and sometimes it would seem that our bodies may, without prior notice, vaporize into non-existence leaving behind only the picture of a dazzling nuclear mushroom cloud for future history 101 textbooks.  It happens.

Before I ramble and rant right off planet earth, I must back up a few random thoughts and clarify.  I have misled you.  Not to be cruel, and not to scare you.  But I have painted a picture of myself that is not completely true.  I admit that in the name of catching your eye I have sensationalized.  I have made myself apprentice to the worthless false flea market fortune tellers.   Please forgive me.

I wouldn’t even know if it had happened.

It seems, on the surface, to be a pretty good way to go if you ask me.

There’s nothing I can do about it anyway.

get lonely from time to time.

Up until a few days ago the connection between the two fears, one real one for ratings, was never made. In absolute terms the two thoughts have not crossed my mind as a joint cooperative notion.  The synaptic nerves of my brain never created the electrical connection between sporadic normative loneliness and the impending radioactive beach front property of Tel Aviv.  For that I needed Jewish Agency chairman Natan Sharansky.  Sharansky succeeded in doing what my brain was simply unable to: make that connection.

A few days ago in an Israel Radio interview Sharansky told listeners that an unnamed prospective immigrant told him, “We will make Aliyah when the threat of nuclear war passes.”  Well shit. If that guy has sensitive information that I don’t, he better let me know soon, lest I (we all) go up in a puff of atomic smoke. Also guy, I think you missed the point of this “threat of nuclear war”. It doesn’t go away. The interview continues and Sharansky notes that “dozens” (27 is the number that I assume he was referring to) of would be immigrants have postponed their Aliyah plans due to fear of an Iran vs. Israel celebrity death match sponsored by MTV.

And then it struck me. A slap in the face on a cold night.  Where are all the Olim I once knew?  Where are all the vigorous, lively, crazy idiots I started this journey with? Room this in left idiot only the I am?  It’s like I got up to go to the bathroom and when I came back everyone had bailed and left me with the check.   Jokes on me I guess.  But it’s not, or maybe it is…

I’m not saying every new immigrant is lost and gone forever. Far from it. For the record, I rant only of personal experience; speak only of those I equate with or used to equate with.  In no way do I seek to degrade the amazing and sometimes dedicated new immigrant community of Israel, but anyone who tells you there is an eighty percent or higher retention rate among new immigrates should be incarcerated for bold faced lies.  Is that punishable?  Does it help my case that the lies are bold faced?

Note: this seems to be a mostly Anglo/North American phenomenon. All the other countries represented in Israel should pat themselves on the back, give themselves a round of applause, and just keep being you. For some reason you stay.  Either you have no choice or you have more dedicated bones.

Don’t misconstrue the words I have so carelessly organized on these pages.  I have friend(s). We hang out. We explore.  We drink beer. We discuss impending doom.  We partake in society.  We love our lives here.  We work our asses off to be part of this great experiment. We know it is worth every drop of blood, sweat, and tears. (And I’m fairly certain Al Kooper would agree).

But sometimes it’s lonely.  Sometimes I am lonely. Sometimes we are lonely.  Why is my phone full of names and numbers of people who left? I should just delete them, but then there may not be any contacts left in my phone.  Sharansky made me realize there are a billion and three reasons to not make it work, or to never try.  The threat of nuclear war is pretty far down on that list, especially if you’ve ever tried to pay your property tax.

Throughout Israel’s brief history, its people have faced no shortage of external existential threats, but the country just keeps on keeping on.   The life is for the living attitude taken on by those living under the possible threat of nuclear war is precisely why my potential doom doesn’t bother me in the slightest.  O Ob-la-di, ob-la-da life goes on.

It strikes me deep whenever I see us acting as one large community, when I see people treating strangers as family. Anyone who has lived in Israel under strenuous circumstances (1882-2012) can attest to the unique ability of this country to come together in time of great need.   It is one of the many reasons that my loneliness is fleeting and introspective rather than emotionally capable of dislodging me from this wonderful country.

Authors Note: As I write this piece a headline flashes before me.  “Upping the ante? Iran unveils upgrades to 6 weapons.”  Here we go again.  The weapons get bigger, the technology gets more deadly, and yet I’ll still be going into the office tomorrow.  But before that, nuclear annihilation or not, I will be indulging in a time honored tradition of all you can eat pasta, all you can drink wine and jazz in the garden of one of my favorite restaurants.  I will be in good company (which is debatable), I will be pleasantly drunk (which is not debatable) and the thought of absolute atomic annihilation will be far from my mind.  Sorry Ahmadinejad, you’ll have to try back again tomorrow. L’Chaim to you sir.