This Friday night, Israeli cyclist Tom Peled and his crew will be at the Chabad at the University of Colorado for Shabbat dinner. Learn about his cross-US ride raising funds for cancer research.

This Friday night, Israeli cyclist Tom Peled and his crew will be joining over 100 students at the Chabad at the University of Colorado for Shabbat dinner. They will be speaking to the students and community members. A reception in their honor will take place at 6:00pm at the Schaeffer Chabad House at 909 14th St.

They started on August 1st and will finish on October 24th:  Tom Peled is undertaking a cancer fundraising effort called BIKE FOR THE FIGHT (BFF), cycling from Los Angeles to New York. This is an endeavor close to Peled’s heart; when his father died of cancer in 2011 at the age of 58, Peled channeled his grief into a 3,000-mile long bike ride through Europe. By the end of his journey, this young, 24-year old Israeli realized he wanted to find a way to both honor his father and devote himself to fighting the insidious disease that robbed them of so many precious years together. The result was BFF.

BFF is raising money for the Israel Cancer Research Fund (ICRF), a North American organization founded in 1975 that gives grants to top Israeli cancer researchers located in leading scientific institutions across Israel. The recipients of ICRF funds, which include Nobel Prize winners, have been engaged in ground-breaking research that has resulted in the development of life-saving achievements, such as early diagnostic devices and new drugs for leukemia, bone marrow cancer, breast and ovarian cancer, among others.

Peled hopes to play an integral role in the continuation of this fight. He states,

My dream is that Bike for the Fight and efforts like it will someday help us overcome cancer so that other families do not have to suffer the premature loss of a loved one as my family did.”

Peled started his 3,000-mile journey across America in Los Angeles and continue through Nevada, Utah, Colorado, Wyoming, Nebraska, Iowa, Illinois, Ohio, and Pennsylvania, ending his trek in New York City, where there will be a number of events celebrating the completion of the ride. During his ride, Peled plans to visit Jewish communities, summer camps, and major sporting events, telling people his personal story and encouraging others to join his cause by donating money or accompanying him on part of his trip. In addition to supporting cancer research, Peled hopes this trip will enable him to build bridges and strengthen the bonds between American and Israeli Jews.

Peled, who is currently a student at the Lauder School of Government, Diplomacy and Strategy at the prestigious IDC college in Israel, has already attracted an impressive group of partners and co-sponsors including Hillel, Maccabiah 2013, Embassy of Israel, and Microsoft Israel, which is developing a special app for the project. He has received support from Israeli leaders, including Israeli President, Shimon Peres and Jerusalem Mayor, Nir Barkat.

Please email rabbi@jewishcu.com to RSVP and visit their website www.bikeforthefight.com to donate.

Previous Update from Israel: Jules Kramer
Next Biking on Shabbat 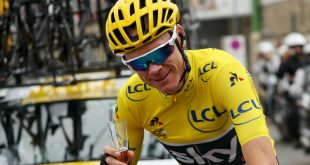