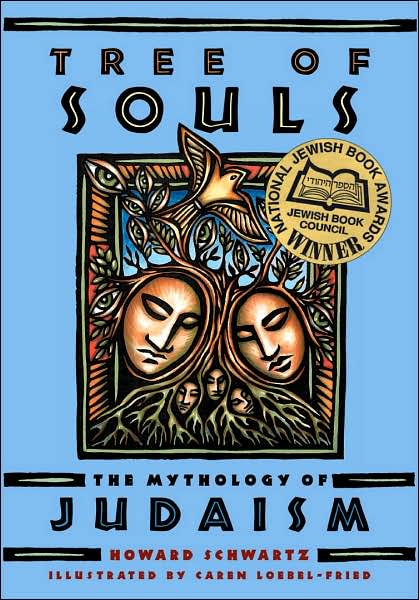 Tell me a story! It is not just children who love stories, but adults as well. Especially Jewish adults.

The treasure trove of Jewish stories includes fables, parables, fairy tales, legends, folktales, supernatural tales, stories from the sages and mystics, Yiddish stories, Hassidic tales, and stories from the Midrash – not to mention those by contemporary and Israeli writers carrying on the tradition.

Through these stories we understand the Jewish mind, heart and soul. Each story tells us something about who we are.

The Jewish story-telling tradition is among the world’s richest, and anyone who requires proof of this need look no further than the collections of stories published by Howard Schwartz. His titles have become instant classics: “Elijah’s Violin & Other Jewish Fairy Tales,” “Miriam’s Tambourine: Jewish Folktales from Around the World,” “Lilith’s Cave: Jewish Tales of the Supernatural,” “Gabriel’s Palace: Jewish Mystical Tales,” “The Diamond Tree,” “Next Year in Jerusalem: 3,000 Years of Jewish Tales” and “The Day the Rabbi Disappeared: Jewish Holiday Tales of Magic.”

If you count yourself among those who love Jewish stories, you are in for a treat on Sunday at 7 pm when Howard Schwartz comes to the Boulder JCC with a program illuminating the tradition, “Tales of the Great Jewish Mystics.” Tickets are $12 in advance at boulderjcc.org and $15 at the door.

And if the program whets your appetite for Jewish stories, there’s more ahead as Yehudis Fishman presents a six-week series, “Transformative Talmudic Tales: Lives and Lessons from the Mystical Masters of the Torah” at the Boulder JCC. The class meets Thursdays at 2 pm on Oct. 11, 18, 25, Nov. 1, 8 and 15. The cost is $10 per class or $50 for all 6.

Some people have the idea that the scholars of the Talmud were exclusively left brain legalists, without much focus on the spiritual and the sacred,” Fishman explains. “Through in-depth study of selected texts of deeply transcendent and often mysterious Talmudic tales, this series will dispel many misconceptions.

As the texts often begin: ‘Come and learn,’ and be transformed.

Kathryn has spent her professional life writing about, teaching, and presenting the arts. Founding Director of the Boulder Jewish Film Festival, Kathryn was Director of Menorah and ACE at the Boulder JCC from 2003 through August, 2019. The former film and theater critic for the Boulder Daily Camera, Kathryn is the author of "The Fifty Greatest Jewish Movies" and "The Fifty Funniest Films of All Time." kathryn.bernheimer@gmail.com
Previous Shabbat in the Park – Waneka Lake
Next JFS Seeks Volunteers for Senior High Holy Day Services