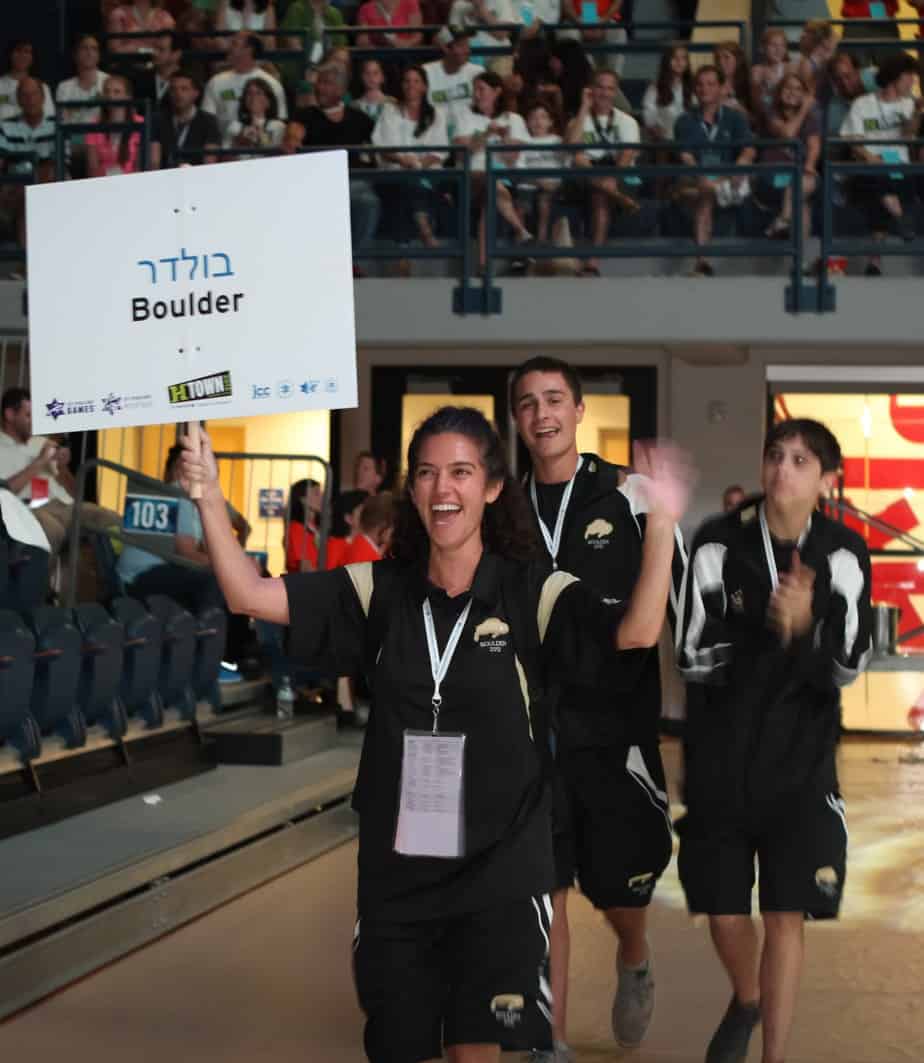 As the plane wheels touched down at DIA last Friday, I couldn’t help but smile. The 30th annual JCC Maccabi Games and ArtsFest in Houston, TX, were over. Our plane was filled with participants from St. Paul, Denver and our tiny Boulder delegation. The energy on the plane was palpable. Teens were showing off the many pins, banners and articles of clothing they had traded with participants from around the country and the globe. They were rehashing the final seconds of gold medal rounds of baseball, soccer and basketball. They were gushing over the ArtsFest final showcase which included the musical theatre performance of Boulder’s own Emma Schwartz, sampling the delectable foods prepared by the culinary artists and laughing hysterically to the antics of the improv company.

The mixed delegation soccer team of which Sam Garelick was the goalie ended up with a 2-2 record before being knocked out of the single elimination medal round by Panama. Said Sam,

Maccabi has been great. Boulder had the smallest delegation, but everyone cheered the loudest for us at Opening Ceremonies. We should have won a Gold Medal just for that.”

Graham Gansar had participated in two other Maccabi Games, but never got to proudly enter the arena for opening ceremonies behind the Boulder banner. Graham shared, “It felt really special to be part of the first ever delegation from the Boulder JCC. I’ve enjoyed every aspect of the Games, especially spending time with my host family, who are incredible. While it’s challenging to play on a mixed delegation team, I felt that by the last two games, we had really great chemistry and played well together.” Graham’s baseball team had athletes from a record 7 states: Arizona, California, Colorado (Boulder and Denver), Minnesota, Nevada, North Carolina and Ohio. Graham had the opportunity to pitch as well as play infield and outfield positions.

On Monday night, participants attended a Texas-style BBQ at Gordon Ranch Camp complete with armadillo races, carnival games and getting to take your picture with a real Texas Longhorn. Tuesday night, all 1,400 Maccabi participants went to a local Dave and Busters to bowl, play video games and dance the night away. Wednesday night was host family night and our Boulder boys enjoyed a pool party, a delicious Italian dinner and Sundae Bar. The closing ceremonies were held Thursday night at the Bayou Event Center where teens had a huge dance party, played laser tag and hung out with new and old friends.

The JCC Maccabi Games and ArtsFest provide an amazing opportunity for Jewish teens from around the country to connect, compete and create. It is my hope that that Boulder JCC will be able to bring a much larger delegation to Maccabi next year and hopefully field our own sports team in addition to ArtsFest. If you know of teens ages 13-16 who may be interested in participating, please contact J-Teen Director Mark Megibow at jteen@boulderjcc.org.