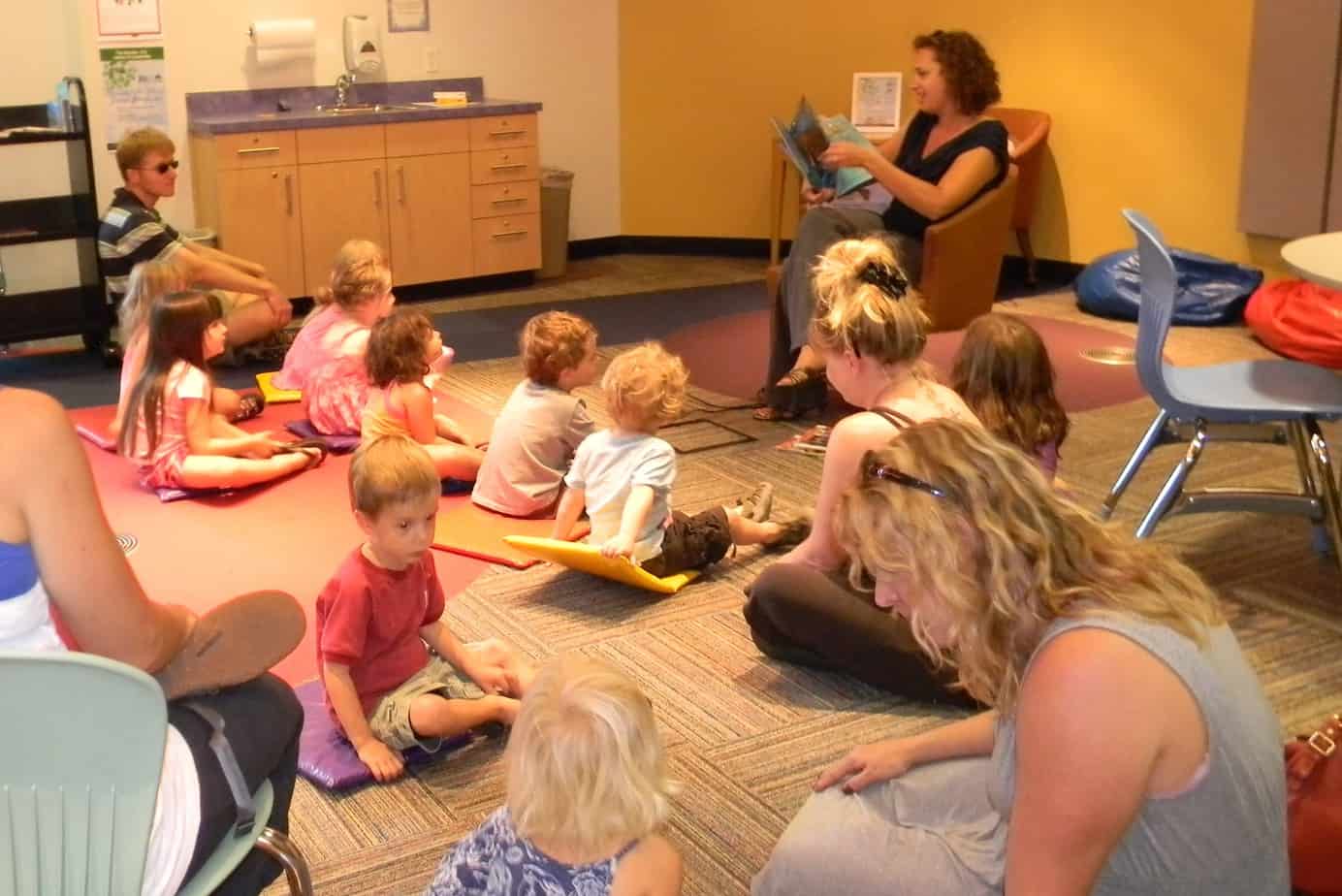 Lisa Webber reads a story about Noah's Ark at the Louisville Public Library.

Thanks in part to a grant from Roots and Branches Foundation, an initiative of Rose Community Foundation, the Boulder JCC is able to significantly expand its program offerings in the Louisville/Superior communities. Over the summer, the Boulder JCC had a booth at the Downtown Louisville Street Faire and led a family-friendly, Shabbat experience prior to setting up shop at the Faire.

The fun continues through March 2013 with monthly storytimes at the Louisville Public Library. Receiving this grant enabled the Boulder JCC to purchase nearly 100 PJ Library books and cd’s, all of which are in circulation at the library. In addition, Lisa Webber, Boulder JCC Librarian, runs a monthly Jewish storytime.

The kick off for this program was held on August 26th and 10 children, age newborn-6, were in attendance. The theme of the first story time was Noah’s Ark, and Lisa read three stories (Old MacNoah Had an Ark, Fox Walked Alone, and Old Noah’s Elephants), led a few songs and had coloring sheets available for the budding artists. One parent shared that:

Lisa did a great job with our first Louisville-based Jewish storytime. My 4 year olds really enjoyed the three books chosen and meeting some more Jewish kids. I continue to be impressed by the efforts to build a community here in Louisville and it is great to see a nice mix of familiar faces and new ones at each event.”

The series continued on September 9th with a Rosh HaShanah theme. Once again, approximately 10 children and their families attended the second program, with many new faces in attendance.  A first time attendee reflected that:

It’s great to have an option for fun, free Jewish programming so close to home.  It’s a great opportunity to find others in the area with kids the same age as our son.  He loves hearing Lisa read the stories, dancing and giggling with the other kids.”

If you or someone you know would like to attend a future Jewish storytime at the Louisville Public Library, please contact Lisa at library@boulderjcc.org to be added to our mailing list. The remaining dates of the series are: November 4th, December 2nd, January 13th, February 10th and March 10th. All programs are held Sunday afternoons from 4:00- 5:00 pm at the Louisville Public Library.