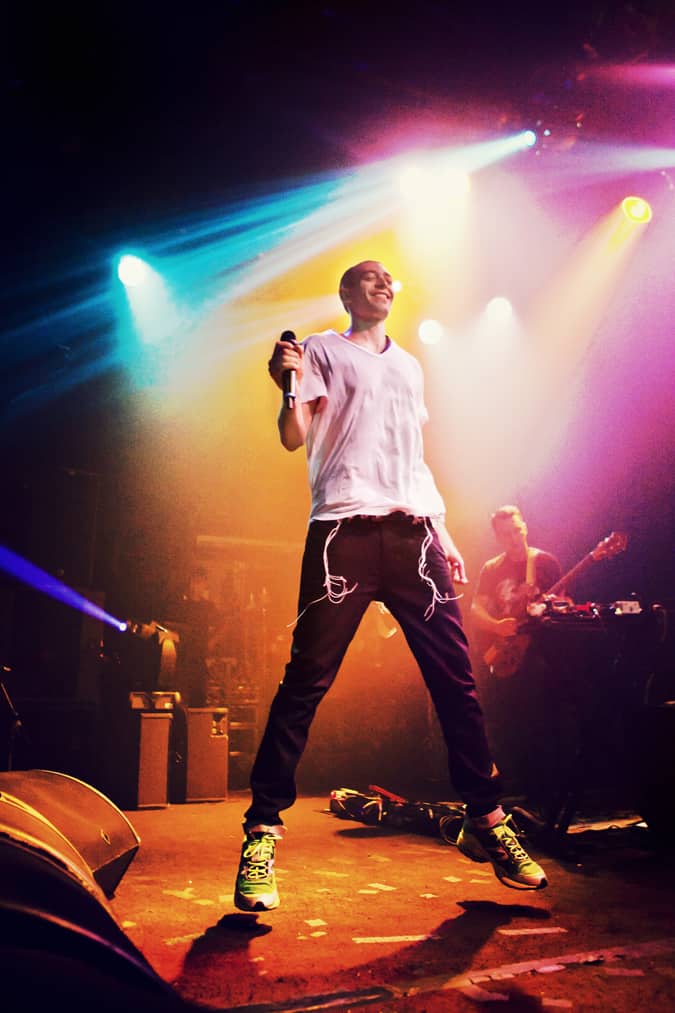 After last year’s sold-out show, where he debuted his “beardless” look, Matisyahu returns to the Boulder Theater on October 15th to support the release of his new album, Spark Seeker.

From the Boulder Theater concert description:

Now based with his family in Los Angeles, Matisyahu blasts off yet again with Spark Seeker, a bold new studio album that finds the one-of-a-kind vocalist and songwriter exploring uncharted territory with help from an expansive cast of collaborators. “My musical tastes are all over the board,” he says in reference to a record that mixes ancient traditional sounds with futuristic electro beats, rapping with singing, songs of the spirit with songs of the body. “And, besides, my music has never been about the outer garment. It’s about searching out inspiration wherever it lies. This album is about seeking that spark within.”

Outer garments, of course, long defined Matisyahu in the eyes of many. “I was the Hasidic reggae superstar,” he says with a knowing laugh. So when Matisyahu took to Twitter late last year to post a picture of himself with his new look, he did it with a certain amount of relief. “It just felt good to sort of restart everything,” he says, adding that the transformation actualized one of the central themes of Spark Seeker: the impermanence of the physical form. “The spark seeker digs for truth and meaning and is willing to let go of everything to find it. He’s honest and authentic with himself and lives life from the inside out. He creates music from the depths and doesn’t worry about what category it or he fits into.”

We live in a world where people tend to think in extremes and categorize with ultimate statements,” Matisyahu says. “While it’s true that at one point it would’ve been pretty accurate to describe me as Hasidic reggae, for most of my career my music has been a blend, a mixture.”

For Spark Seeker—not just a collection of random tracks, but a complete piece of work made with one producer—Matisyahu spent a year recording with Koool Kojak (Nicki Minaj, Travis Barker, Ke$ha) at the latter’s home studio in L.A. Then the pair went to Israel with an open slate.

We booked a studio there and invited various friends and musicians—including Zohar Fresco, Daniel Zamir, Ravid Kahalani and rapper Shyne—to come and simply play music,” Matisyahu says. “We began to blend all of this live instrumentation to create a unique record, made by multi-faceted human beings who have many sides and many sources of inspiration.”

The result reflects that wide array of voices and experiences. In the hard-hitting “Warrior” Matisyahu describes feelings of frustration and desperation, while lead single “Sunshine” rides what might be the most uplifting groove in his catalog; elsewhere, “Searchin’” pairs a gritty digital-dancehall beat with chanted lyrics and “I Believe in Love” exemplifies the album’s deep melodic streak. Throughout Spark Seeker you can hear Matisyahu embodying the album’s title—and embracing its humble promise. The album has a depth to it as well as a lightness, which alludes to the most essential theme of the record–that everything in life, especially music, exists in mixtures and blends. “Things are not as black and white as we would like to think. Not everything can be oversimplified,” says Matisyahu.

“This is definitely pushing the boundaries of what I’ve done before,” he acknowledges. “It’s a new kind of record for me.” At this point we’d expect nothing less.   Order the Album

They call me "NewsHound IV," because I'm a clever Finnegan, sniffing out stories all over the Boulder area. I love Jewish holidays because the food is GREAT, especially the brisket. Well all the food. I was a rescue pup and glad to be on the scent!
Previous Louisville Jewish Storytimes Get Rave Reviews
Next Understanding the “Other” in Barton, Waldman, Soloway