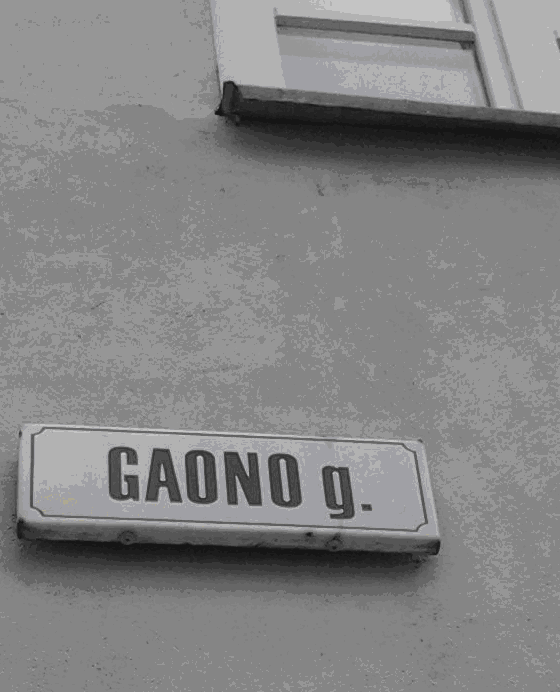 I am writing from the 22nd floor lounge of Radisson Lietuva in the old Baltic city of Vilna (now Vilnius), Lithuania. The window provides a panoramic view of small old buildings with red tile roofs, interposed with magnificent old churches. I am having coffee between sessions of an academic conference, where I will present findings from one of my research papers.

I arrived in Vilna early one morn, after much time in and between airports. To combat jet lag, it is better to stay awake until local nightfall, so I obtained a street map and set out for the Jewish Museum. There, you will learn that both Vilna and the rest of Lithuania historically provided a relatively safe haven for Jews, growing to become a sizable minority of 250,000. At the peak, around 40% of Vilna’s population was Jewish. Jewish religious scholarship flourished there, with Yeshivas nearly everywhere that came to define what is practiced today by orthodox Ashkenazim everywhere. By the late 18th Century, the titular head (Gaon) of that world lived here. There is only one street here that is named after a Jew, and that Jew is him, as you will note in the picture.

There were waves of anti-semitism and oppression at times, but nothing that wasn’t overcome until the 1940 annexation of Lithuania into the Soviet Union, which didn’t end until 1990. Marxists suppress religions, so Stalin and his successors labored systematically to destroy Judiasm and its symbols. The Nazi invasion forced the Soviets to retreat, but then extended the carnage to the Jewish people themselves. An estimated 94% of the Jewish population either fled or perished during the ensuing Holocaust. Many were deported to death camps outside the country. But in a single infamous event in the country, over 9,000 Jews met their fate in a bloodbath of mass shooting by Lithuanian police and others, orchestrated by the Nazis. As the shooting continued, those remaining were forced to bury the fresh corpses.

The Red Army soon returned, so even the few remaining Jews suffered discrimination for decades. The Reagan-induced greening and then collapse of what he rightly termed the ‘evil empire’ brought improved official treatment from the nascent Lithuanian Republic. But when a notorious Nazi collaborator was finally charged with war crimes, there was a public backlash akin to others distressingly common throughout Europe, supposedly because some Jews supported the original Soviet annexation. Other than the sole Jewish Museum, a single remaining synagogue, and a large commercial building that serves as the Chabad center, there is little public evidence of Jewish presence.

After Chabad Rabbi Krinsky and I attended the weekday service at the sole shul (Ashenazi, of course!) , we walked to the Chabad center. There I met the Rebbetzin, and a young visitor who is the sole rabbi in neighboring Estonia — sort of makes him the Chief Rabbi by default. The place is particularly lively in the summer, when around 60 children are there, attending the Chabad summer “camp” of fun and learning.

Later that evening, I walked out of my rooftop hotel room to savor a fine cigar, while enjoying the vista of red roofs below and centuries-old church steeples above. Discussions over cigars are even better, so I couldn’t help but wonder what might have happened had the Gaon of Vilna ever lit up with the 1st Chabad Rebbe (a.k.a. the Alter Rebbe) to talk Torah. Then I wondered what might yet happen if our President ever lights up with the communist dictator of Cuba, to discuss the connection between political and economic liberty, and the many benefits for the Cuban people that would follow from a suitable greening there. After all, Hitler hated tobacco, so it can’t be all bad. But then I remembered that Stalin smoked a pipe, just like Einstein and many other Jews did, and my musings went up in smoke.