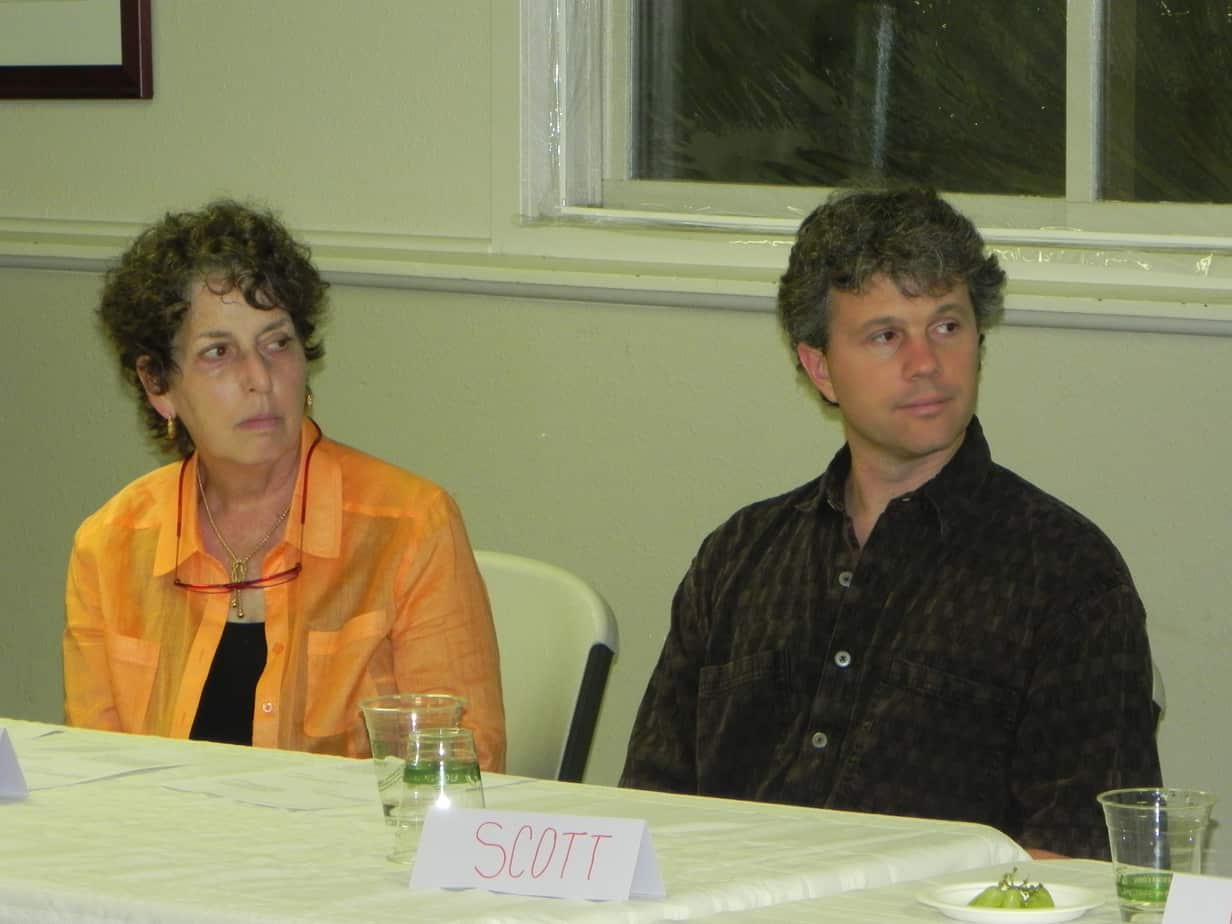 Wednesday night’s panel on Homelessness was well-timed, given the announcement earlier Wednesday that the City of Boulder and Congregation Har HaShem had reached agreement on use of the synagogue’s grounds for overnight sleeping during the summer.

The discussion at Bonai Shalom started as an exploration for that synagogue’s Social Action committee about how to get more involved in the issue of homelessness in Boulder. Speakers Sara Jane Cohen of Har HaShem, Scott Medina of Bridge House, Bill Sweeney of Boulder Outreach for Homeless Overflow (BOHO) and Kym Dray, also of BOHO and herself homeless, shared their own personal stories of involvement as well as the activities of their organizations.

Har HaShem is one of more than a dozen local congregations that provides overflow shelter during the coldest nights of winter. This is only one of the ways the synagogue is involved in tikkun olam in the community; members also serve food as part of Community Table, collect food and blankets throughout the year, and other activities. The summer “camping” grew out of the overflow experience and is another step in “caring for the stranger,” a core Jewish value.

Bridge House is focused on being a “bridge of opportunity,” helping people transition from homelessness by providing mail, showers, voicemail, access to health resources, internships and a Ready to Work program. Bridge House also coordinates the Community Table, which relies on community organizations of all faiths to serve meals.

BOHO coordinates overflow shelter opportunities during the winter months. Sweeney noted that the number of homeless in Boulder has increased from the high 600’s to mid-900’s over the last 5 years. In Boulder, there is shelter space for about one-third of the people who need it.

While there are many ways for organizations to get involved, a key step is to recognize that the homeless are a reflection of our own community. This is supported by the data; the homeless population in Boulder is generally older and caucasian, while the homeless in Denver include more Hispanics, immigrants and people of color. The “counting” of the homeless is done once, in January, creating a “point in time” statistic; this can be compared with census data for the community.

When I work at Community Table and interact with the homeless, I’m able to say to congregants, “Throw out the stereotypes.” I’m able to put a face to homelessness in our community. The more people who volunteer and see this, the more we are able to be a reality check against the “NIMBYs.” Each of us has to get involved to put a face on homelessness,” remarked Cohen.

A few of the suggestions for getting more involved included:

Giving tzedakah may not just be giving money out the car window to someone on the corner, it could also mean coming to grips with the homeless in our community, or having a shelter nearby.” – Bill Sweeney

This month, as we reflect on the last year and prepare for the coming year, will we consider counting the homeless as members of our community?

I am living happily ever after in Boulder with David, proud mom of Lauren and Ethan, guardian of Cookie and Finnegan, blessed with family and friends and a great community.
@cheryl303
Previous Salvador Dali Aliyah Collection at U-Denver
Next Is a Social Enterprise Right for My Favorite Nonprofit?