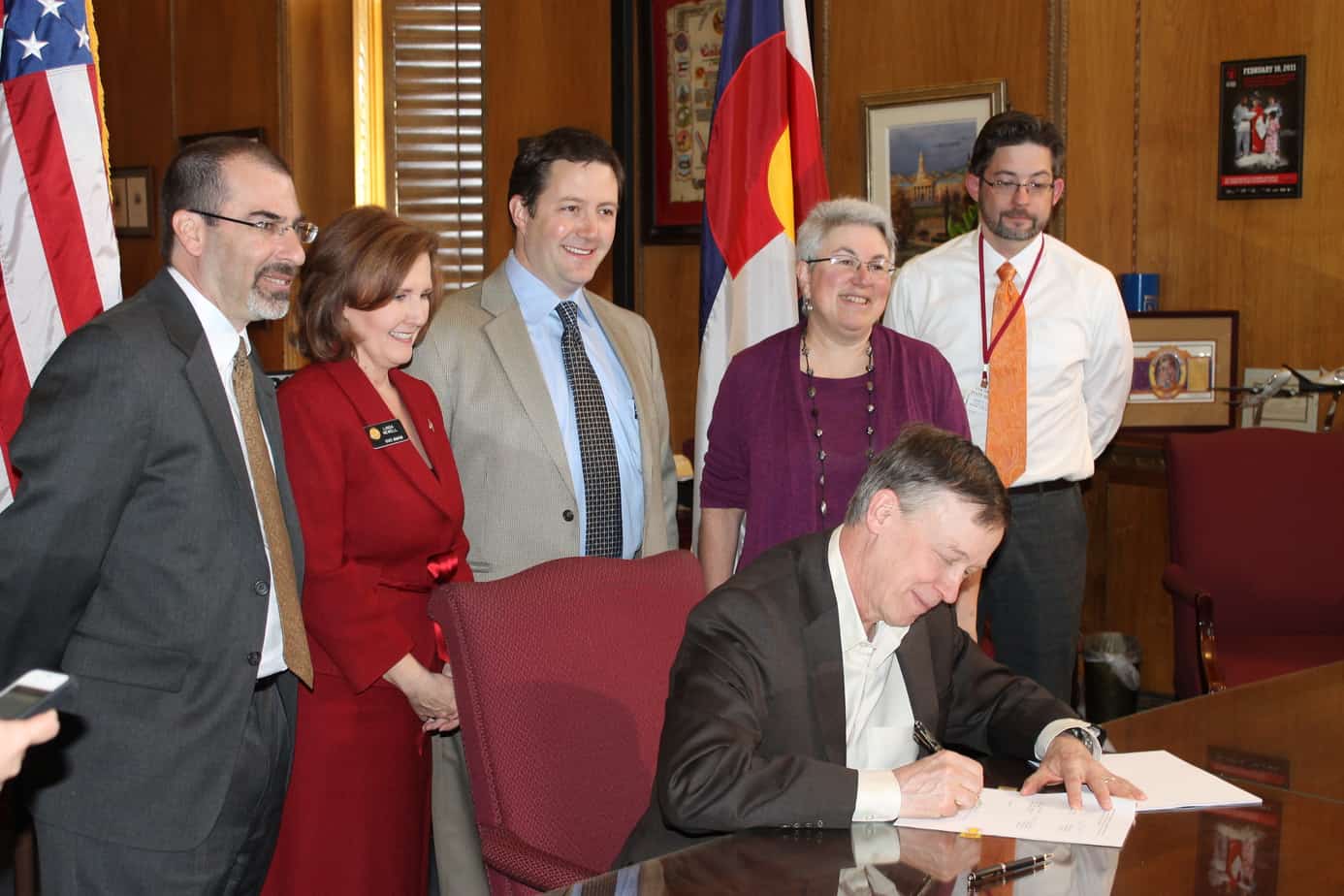 DENVER: On March 22, 2012, Governor John Hickenlooper signed into law a bill that will ensure that the Colorado pupil enrollment count day does not conflict with religious holidays.  Attending the signing ceremony were ADL Senior Associate Director Joyce Rubin and ADL Board Member Gary Rand.

Three times in the past few years, the October 1 count day has fallen on a major Jewish holiday.  In 2006, the count day conflicted with Yom Kippur.  In 2008 and 2011, it conflicted with Rosh Hashanah.  The new law, sponsored by Representative Sal Pace and Senator Linda Newell, will move the count day to avoid such conflicts in the future.

Public schools count their students each fall and report their enrollment numbers to the state to determine the amount of state funding each school will receive.

The only witness at the hearings on this bill was ADL Senior Associate Director Joyce Rubin.  She explained to the legislators the importance of the holidays to Jewish parents and told the legislators about the many complaints ADL has received from parents in years when the count day conflicts with a holiday.  The bill, which was also supported by the Jewish Community Relations Council, passed unanimously in both the House and the Senate.

They call me "NewsHound IV," because I'm a clever Finnegan, sniffing out stories all over the Boulder area. I love Jewish holidays because the food is GREAT, especially the brisket. Well all the food. I was a rescue pup and glad to be on the scent!
Previous Avi and Halle Hausman-Saliman B’nai Mitzvah
Next JCCN: Conquer Networking Fears on Tuesday