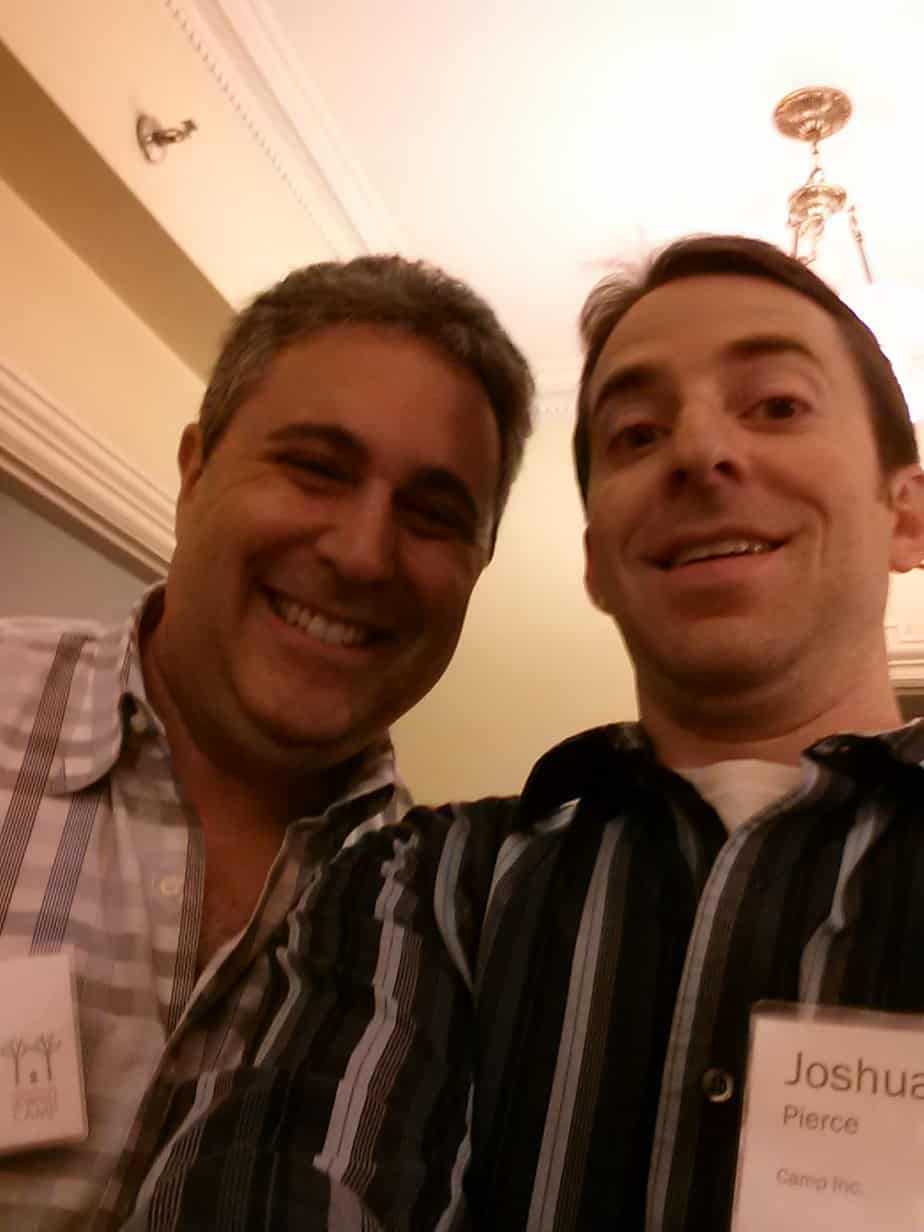 10/22/12 Tarrytown, NY
Day one of the FJC Incubator II was a total success. The day started with a drive to the Tarrytown Estate in Tarrytown, NY with the other JCC affiliated camp director, Josh Steinharter of the San Francisco based JCC Maccabi Sports Camp. We arrived at the Tarrytown Estate to its incredible splendor with endless trails, historic buildings, and hundreds of rooms on what seems like thousands of small levels each 4 or 5 stairs apart. I’ve gotten lost twice already.

The incubator began in the late afternoon with introductions and icebreakers involving the directors from all four of the Incubator II camps (Isaac Mamaysky and Lisa Kravitz of Camp Zeke, Eric Lightman of URJ Six Points Science Academy, Josh Steinharter of JCC Maccabi Sports Camp, and me from Camp Inc.) and staff from the FJC (Michele Friedman, Jay Frankel, Scott McGrath, Adam Weiss, and Melissa Levine). All participants shared the same excitement and honor to be a part of the program. It became clear that each camp director has a lot to offer the group and are very willing to share their ideas, plans, and current struggles.

Evening was greeted with a wonderful cocktail reception for Incubator Cohorts I and II as well as 30 other stakeholders including JCC Association staff, Incubator mentors, FJC executives and board members, and representatives from the Jim Joseph Foundation and the Avi Chai Foundation.

A graduation ceremony was held for the Incubator Cohort I and the camp directors from this Cohort shared a fantastic closing presentation, which included Colorado Camp Director Eliav Bock of Ramah Outdooor Adventure.

Tomorrow, the real work begins as we will start to discuss financials, Jewish vision, and site specifics while hopefully not getting lost in the maze of the Tarrytown Estate.

Jonathan Lev, MPA, joined the Boulder JCC as Executive Director in 2010. He is a passionate educator and entrepreneur who combines his experience at Jewish summer camp and involvement with the startup of Boulder based Renewable Choice Energy to influence his leadership as a nonprofit executive and Jewish professional. He was certified as high school teacher and Summa Cum Laude graduate from the University of Colorado in Boulder. For more than six years, Jonathan was a leader in the field of Jewish summer camp where he worked to enhance the level of supervision and mentorship for both campers and staff through innovative summer and year-round trainings. In 2007, Jonathan continued his studies and was selected as a Taub Fellow at New York University in the dual-master’s degree program for a Master in Public Administration in Nonprofit Management and Master in Hebrew and Judaic Studies. Since starting his role in 2010 at the Boulder JCC, Jonathan has led the community's $30M capital campaign to build a new JCC campus, which opened in summer 2016. He speaks regularly about making philanthropy fun and the role that inter-generational giving has on creating a legacy. Outside of work, he and his wife, Lyndsay, and their daughters, Mira and Susanna, can be found hiking, skiing, practicing yoga, listening to music, and planning their next great adventure. Follow him @jonathanlev on twitter.
Previous Sukkah Bike Hop “the Coolest!”
Next BJCF Announces 2012 Grantees