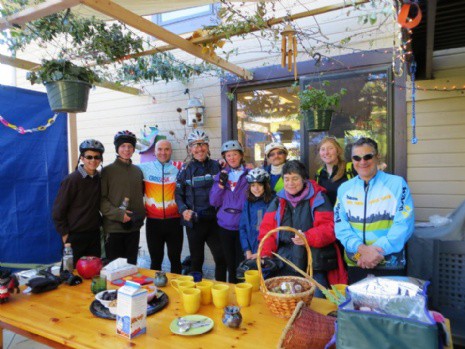 “This was the coolest!” enthused Jillene Moore of Loveland, when asked about her experience cycling the Sukkah Bike Hop. The Sukkah Bike Hop offered three different routes, ranging from 20 – 61 miles, through Boulder County during Sukkot that visited several community sukkahs.

Marv Goldman of Denver summed up his biking experience, “The ride immeasurable added value to the holiday: being outdoors, exercising, chatting, and eating with not only fellow cyclists and Jews, but also having the hospitality of families along the way.”

Eighteen riders came together at the Chabad of NW Metro Denver in Westminster as the starting and ending spot for the three routes. Riders of all ages came from Boulder and across the Front Range, and from different Jewish backgrounds and cycling experience. This diversity was a positive factor, shared Marv. “An event such as this promotes friendship and the opportunity to perform the mitzvot of being in the sukkah and rejoicing during this most festive Holiday season really does break down barriers between people. I’m so looking forward to next year’s ride!”

Ride organizers Hazon and Chabad of NW Metro Denver were delighted with the perfect weather and enthusiasm of the cyclists.

We designed the ride to enable faster cyclists and slower cyclists to break up if needed. However, despite varying paces, the three riding groups decided to stick together and developed a sense of community even in the short space of a few hours. There is something special about the camaraderie among cyclists and the spirit of the holiday of Sukkot!”

If you are interested in volunteering for the ride next year, offering your sukkah as a stop for the ride, or want to be notified when Sukkah Bike Hop 2013 details are available, contact Becky at Becky@Hazon.org.

Click here for more pictures from the 2012 Sukkah Bike Hop. Hazon is America's largest Jewish environmental organization. We create healthier and more sustainable communities in the Jewish world and beyond. Hazon in Colorado is led by Becky O'Brien, Boulder Director and Sarah Kornhauser, Denver Director.
Previous Impact Investing: Putting Your Money Where Your Values Are
Next Boulder JCC’s Camp Inc. Startup Inaugurated 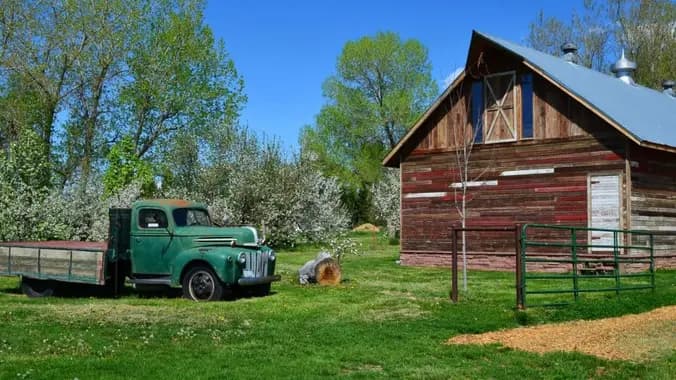 Eat donuts instead of challah and apple cider instead of wine and celebrate Sukkot with Beth Ami.