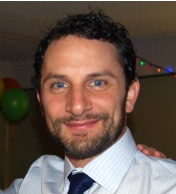 A Third Rabbi Walks Into the Bar…

I would like to respond to the discussion started by Rabbi Gavriel Goldfeder’s article about the important concept of maintaining havdallah, distinction between holy and profane. Rabbi Marc Soloway did an admirable job of responding to some of the issues raised in Rabbi Goldfeder’s piece.

In looking at the conflagration that their debate has started, I would like to touch on one of these points and would like to address the larger issue of how we speak to and about one another in a diverse Jewish world.

As usual, Rabbi Goldfeder has something to teach us. I am quite blessed to name him among my good friends and as so many of us do, I so often take away from my encounters with him something profound and beautiful. His emphasis on the importance of maintaining a havdallah, a distinction between holy and not-holy, is essential to Jewish life. As he knows, this notion is so critical to a Jewish vision of the world that it is fundamental to every Jewish Movement.

While distinctions are important to maintain, false distinctions are important to avoid, and I’m afraid that our discussion has come to focus on these. To take one important example that so many have commented on already: there is no reason for us to choose between maintaining holiness and sanctity in our lives and bringing good to people in the broader world, be they Jews or non-Jews, whether they are in our country or somewhere else. God forbid we should ever have to make such a choice.

Yitzchak Meir Alter, the founder of Ger Hasidism, had a beautiful explanation for why the stork, known in Hebrew by the noble name of hasida (the loving one) was a non-Kosher animal. The stork, he taught, is known as hasida because it’s magnificent capacity to care for and love those of its own kind. It’s holiness does not extend to make it kosher, however, because it’s concern and love did not extend beyond its own kind. The Rebbe concludes that a Jew’s love and compassion must radiate out to all people.

Acts of courage, goodness, vision and beauty that ease suffering and elevate creation should be celebrated and honored. Rabbi Bronstein and Rabbi Soloway are to be commended for the good their work has done and for bringing honor to the Jewish people with this avodah. Many other rabbis in our community have done equally powerful work. There is much more to be said about this but that is not my purpose here.

I want instead to talk about derech eretz, a complicated concept that is not fully described when it first appears, in the Mishnah (Avot chapter 2). Two primary meanings as understood by centuries of interpretation are relevant to the discussion that has unfolded in our community.

The first of these is derech eretz as common, decent behavior. Our Sages have understood it as a kind of meta-mitzvah that is prior to Torah both chronologically and in order of our practice. “[Common, decent behavior] preceded the Torah by 26 generations,” Rabbi Shmuel ben Nachman claims in a midrash (Vayikra Rabbah 9:3). This can be understood to mean not only that God instructed us with derech eretz long before the Torah was given, but also that in each moment of our lives derech eretz must undergird our behavior in everything we do.

When we disagree as Jews as to the proper expression of Jewish life, our relationship to the mitzvot, how we express the vision of Holiness that the Holy One demands of the Jewish people, it is incumbent upon us to act with derech eretz. This means not demeaning the religious lives and efforts of other Jews, and not cheapening their vision of the Holy and the work they have done in the world.

It is important for us to have a discussions about havdallah and the importance of distinctions in Jewish life and yasher koach to Rabbi Goldfeder for having the vision to see the need for this.

The comments online from several people reflect a deep level of hurt and in some cases a lack of respect. We have to speak about, write about and engage with one another in a way that is beautified by the mitzvah of derech eretz.

The second meaning of derech eretz is also important to our discussion. In the early modern world it came to be seen by a luminary of early Orthodoxy, Samson Raphael Hirsch, as signifying an engagement with the broader world. Of course we cannot know how Rabbi Hirsch would have felt about the way that the phrase tikkun olam is used today. But based upon his work and writing we can be quite sure I think that he would have supported engagement of Rabbis and Jewish communities in critical moral issues facing our world.

Perhaps it was in accordance with this second meaning of derech eretz that Rabbi Joseph Soloveitchik, a brilliant religious thinker and the father of modern Orthodoxy, acknowledged in an essay he wrote that Jews should work with the broader religious community on issues of civil rights, the peace movement, technology and other areas of common ground (see Rabbi Soloveitchik’s “On Interfaith Relationships”).

Precisely how these broader moral concerns of people like the Ger Rebbe, Rabbi Hirsch and Rabbi Soloveitchik play out will of course vary between communities. And different Rabbis are free to articulate, prioritize and act on these according to how they understand their obligation to do so.

But in the process of confronting the inevitable disagreements we have about these and other issues, we have to be guided by the first meaning of derech eretz, and treat one another with the kavod (honor) and love, as is fitting for all people, and in particular for Jews, to grant one another.